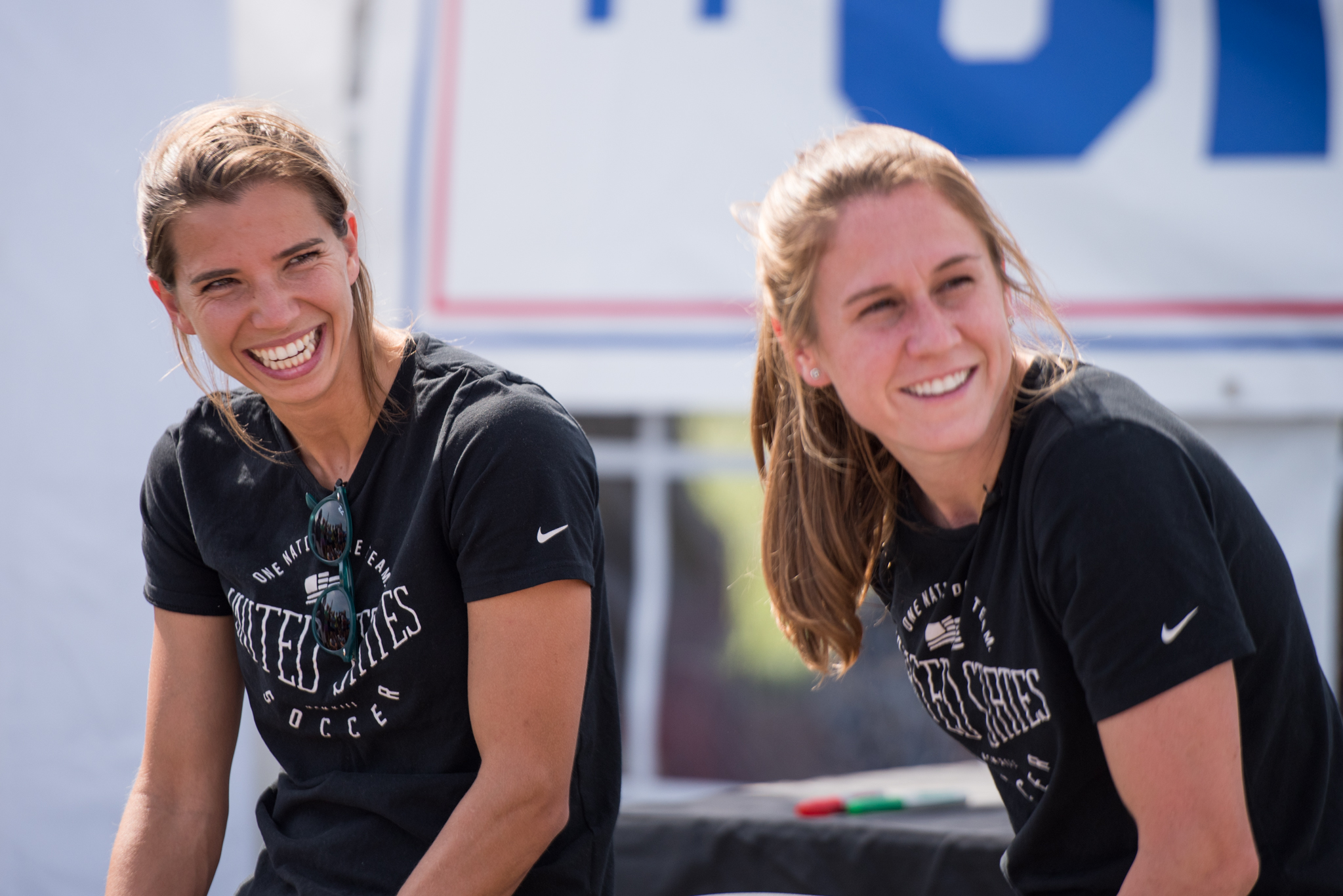 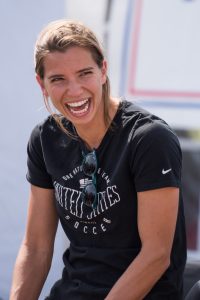 Tobin Heath (Photo by Catalina Fragoso – DoubleGSports)
Tobin earned her 100th cap on 8/19/15 in the USWNT’s match against Costa Rica, a 7-2 win for USA.

Although the team allowed a pair of second-half goals to Costa Rica, a team which played well in the last World Cup, the USWNT finished the two friendlies with an impressive combined 15-2 score line.

The second fixture against Costa Rica took place in Chattanooga, TN where New Jersey’s Carli Lloyd netted from 30 yards out on a patented free kick that took a minor deflection to get USA started.

Lloyd ended the game with a brace that was matched by fellow New Jersey native Heather O’Reilly who had two goals of her own, matching her two goals she scored against the same Costa Rican national team days earlier in Heinz Field.

The first match in Heinz Field saw a record crowd of 44,000 people that had to be aided by hometown Klingenberg featuring for the US.  She scored a goal and busted out a “terrible towel” in tribute to the Pittsburgh Steelers who occupy Heinz Field during the NFL’s season.

O’Reilly opened the scoring in Pitt and added her second for USA’s 6th goal on a rebound put back.

The four goals had to feel good for O’Reilly who featured sparingly during the USA’s World Cup run.

Another outfield player, Whitney Engen who didn’t feature at all at the World Cup, scored a goal in the first fixture.

Christen Press who had a massive goal in the World Cup, had a hat trick in the win over Costa Rica at Heinz Field.

NJ’s Tobin Heath earned her 100th cap for the USWNT, becoming the 33rd woman to reach that number, and Abby Wambach, who missed on a golden chance early in the match, found the net for a team record 184th time in the US’s 7-2 win.

The US’s ten-match victory tour will continue September 17th with a match against Australia.