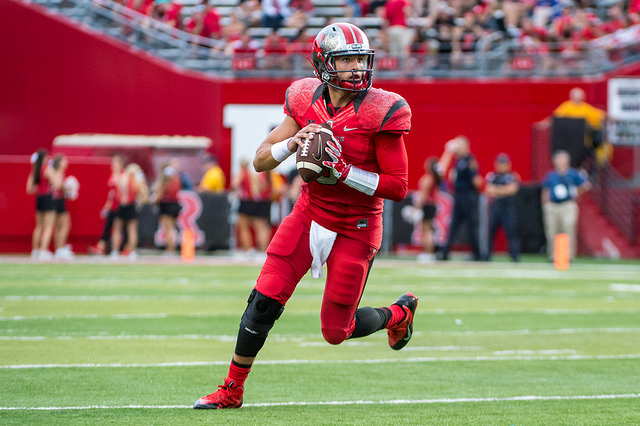 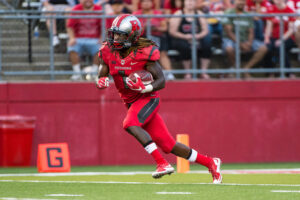 Junior Janarion Grant’s two special teams return touchdowns in the fourth quarter – including a punt return for a score with 1:31 left in the game – weren’t enough as the Washington State Cougars defeated the Scarlet Knights of Rutgers 37-34.

Washington State (1-1) quarterback Luke Falk picked apart the Rutgers (1-1) defense all day and crushed the hearts of Rutgers fans, coaches, and players with a 10-play, 90-yard drive capped by a touchdown with 13 seconds remaining.

The Cougar signal caller completed his first 12 passes before missing on his 13th, and finished a whopping 57-66 for 478-yards and four touchdowns in the Air-Raid offense against a young and inexperienced secondary. 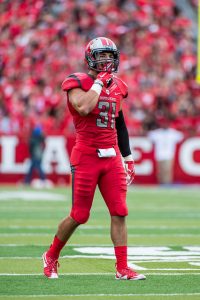 “The Air-Raid is a tough offense to stop, but once you read the keys, you know their tendencies, [and] you study a lot of film, it comes easy,” junior free safety Anthony Cioffi said who had three pass breakups, seven tackles, and a huge missed interception chance late in the game.

“We didn’t have an effective pass rush all day,” head coach Kyle Flood said during his post game press conference. “We weren’t really able to get that quarterback off the spot. That’s one of things you have to do. You understand when you play a team like this they’re going to move the ball, they’re going to have passing yards, that’s part of their system. But, if you can’t disrupt the quarterback it’s really hard.”

The second half of the game was a see-saw affair that saw a once 20-6 deficit for Rutgers all knotted at 20 apiece with 14:56 left in game after quarterback Chris Laviano threw a one-yard floater to tight end Matt Flanagan for a touchdown. Laviano then converted the two-point conversion with a pass to wide receiver Leonte Carroo who was open in the back left corner of the endzone.

Rutgers took its first lead at 27-23 when Grant took a kickoff 100-yards for a touchdown with 12:44 left in the game, weaving and speeding down the field. However, the defense just couldn’t stop the Cougar offense and gave up a quick touchdown on the ensuing drive.

After Washington State scored to go back up 30-27, Rutgers thought they retook the lead, but sophomore running back Josh Hicks’ rushing touchdown was called back due to a holding call and on the next play, Hicks fumbled a screen pass.

“Penalties, when you have scores taken off the board on penalties, it’s hard to overcome that,” Flood said regarding the issue of the touchdown run being called back.

“It’s hard,” Hicks said post-game when asked about the quick turnaround of events. “I gotta (have) better ball handling and be careful with the ball.” 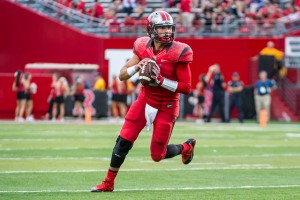 The redshirt sophomore Laviano had an uneven day in his first career start for Rutgers as he threw the ball late to the outside which resulted in an interception, and chucked the ball up off his back foot escaping from pressure that could have easily been intercepted by two defenders but they landed out of bounds in the back of the endzone. He also had an unforced fumble early in the third quarter where he inexcusably let go of the football as he was trying to throw the ball away.

On the day, Long Island, N.Y. native completed an efficient 23-of-29 for 204 yards, but was plagued by the aforementioned mistakes.

“I thought he played great,” Carroo told me after the game when asked about his quarterback’s performance. “I thought he was maybe nervous in the first half, but definitely came out in the second half [and] led the team well, he demanded the huddle, and he played great and I’m proud of him.”

Rutgers committed a frightening three turnovers and 11 penalties, including two that called back would be touchdowns. Flood was asked whether the turnovers and penalties summed up the game.

“It’s disappointing,” Flood said. “The players who got called for those penalties are experienced guys. We gotta look at it on film and make sure we correct whatever there is to correct. But I think the turnovers are the bigger factor.”

While his team didn’t finish the game 1-0, Flood said he is proud of his players kept fighting despite a defensive struggles, penalties, turnovers, and quick turnaround of events after taking the lead and then giving it back up.

“It was an emotional game,” the fourth-year head coach said. “Both those teams really, really battled. I certainly should give a lot of credit to Mike Leach and his football team and the way they fought, and I’m proud of the way our team fought. Not proud of how we did it all the time but I’m really proud of how hard they fought in that game. I thought both teams really competed and it created a really exciting second half.”