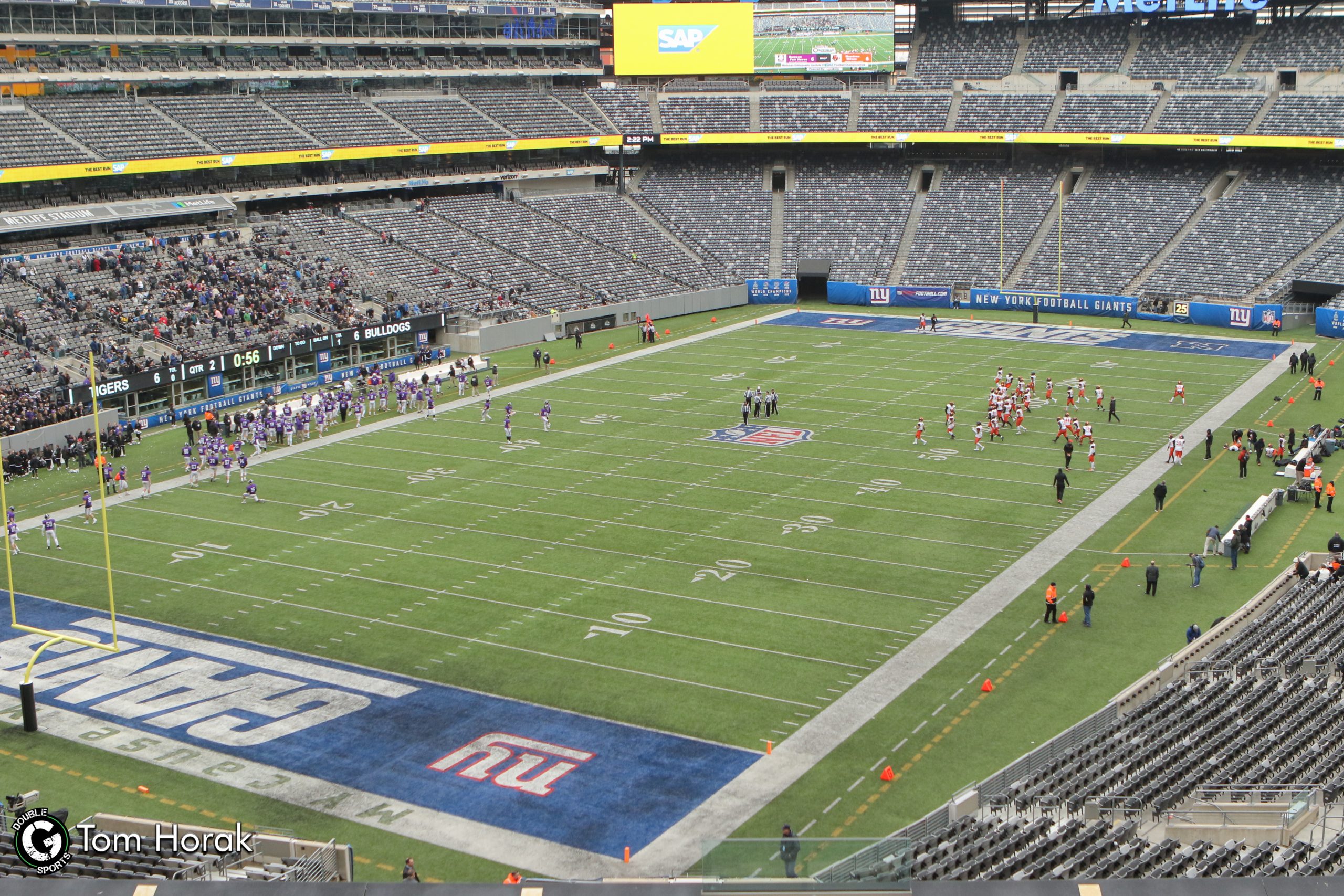 Houston, we have a gambling problem. Can’t stop, won’t stop. If not for the Bills trying to lose the game in every way against the Jets last week, it would have been a clean sweep across the board for Week 7. Now, we must carry it through in our NFL Week 8 bets. All aboard!

As we scamper into Week 8 of the NFL calendar, we’re flipping back into opposite town. Remember last week I explained there was a lot of plays? Well, not so much this week. The schedule is littered with trap games and false hope…. just like a sports book wants. Don’t put that evil on me.

Oddly enough, this may be the one-of, if not, the lowest projected scoring weeks of the year (3 games of 50 points or higher, but there are several others at 49/49.5). Check out the full Weekly Taste Sunday Morning on @JohnnyVTV FYI.

Fresh off another 2-1 in Week 7 with a SUCCESSFUL teaser, we have been monitoring the lines and injury reports all week, here are the contests that we should be keeping our eyes on. Let’s dive into some of the best NFL Week 8 bets and tips.

Minnesota Vikings @ Green Bay Packers (-6) | Will Green Bay keep their foot on the gas against a weak Vikings team?

Green Bay came, saw, and conquered in Houston last Sunday, just as I predicted. The absolute mortal lock of the week. Don’t you love when the Lockness Monster shows up? On the schedule next is a usually tough divisional opponent in the Vikings. RB Aaron Jones (#FREEAARON) will miss his second straight contest due to a nagging calf injury, but Jamaal Williams will once again absorb those long lost touches, which he did admirably against the Texans. The main thing is, as long as that Rodgers to Adams connection is sizzling, GB will be a tough out.

Off a bye, Minnesota has been bathing in the pool of disappointment. Sitting at just 1-5, a win in the Frozen Tundra would ease the sting a bit. The return of a healthier Dalvin Cook may be just what they need. The emergence of stud rookie WR Justin Jefferson has left hope for a team hungry for some success.

You may be thinking 6 points is a high number to cover…. And you’d be right, but it’s hard to go against Aaron Rodgers against a bad team. He LIVES to embarrass inferior opponents. I’ll put my money on AR12. Thank you very much.

What a BRUTAL way to lose last Sunday against the Steelers. The mighty Titans were down 24-7 at half but clawed their way back to be in a position to send the game to OT last second. Kicker Stephen Gostowski hooked a 45-yard field goal that could have potentially led to a second straight week of Overtime W’s. Despite the loss, they evinced the fight you want to see from a contender against the last remaining undefeated organization in the NFL. This is the perfect time to right the ship and let King Derrick Henry have a monster showing against a weak defense.

The Bengals are a fun team to watch. They really are. This team makes a lot of plays and hangs tough on pretty much anybody they square up against. Led by number 1 overall pick, QB Joe Burrow, Cincy is no slouch. Burrow can flat out ball. If you haven’t had a chance to watch him suit up, take the time to do so. While he makes a lot of rookie mistakes, he is the reason the Bengals are competitive week in and week out.

Another big spread. I know, I know. While the underdog is certainly capable of scoring and running with the big boys for a minute, if the Titans are truly the Super Bowl contender they want to be, this is a rebound game where they need to assert dominance on all phases and win by double digits.

PREDICTION: Titans get back on track and cover the road 7.

Will Tampa stay focused and take care of business against a bad Giants team?

The Bucs were the last leg of that teaser in Week 7, and they did not disappoint. Coming off playing their best football of 2020 in Week 6, they strolled into Week 7 and then played arguably their best ball against the Raiders. It seems Tampa is starting to get hot, which can be a scary sight for everybody else. Oh… and Antonio Brown is suiting up this week. Traveling to the Meadowlands to face the abysmal New York Giants, it should be a walk in the park sans WR Chris Godwin (My fantasy teams do not thank you, C God).

The G Men are bad, yes, but they play hard. Their defense is surprisingly not that bad. 13th Total Defense (Yards) and 14th in scoring is middle of the road. For a 1-6 team, they could certainly be doing much worse. Most of their issues rely on offense with savage star back Saquon Barkley. Excluding a 34-point effort against the Cowboys, this offense hasn’t scored more than 21 points in a game this season. And my guess is you’ll probably need more than that to beat Tom Brady’s Bucs.

The spread has continued to rise this week, so SHOCKER…. I’m throwing an over/under play in. BOOM. Fun fact for you; 9 of the last 11 Monday Night games have gone UNDER. Hard to see NYG scoring more than 14 vs this stingy defense. And Tampa may actually be tested against a sneaky solid Giants D. Let’s say this falls into a 26-14 decision in favor of Tampa.

PREDICTION: Bucs and Giants collaborate for a 46 point under in primetime.

The teaser hit in Week 7. Daddy’s home. Let’s keep the cash rolling in.

Tennessee Titans -1 (originally -7): Essentially, another pick em game. Titans have to get back on track. Can’t afford to dilly dally vs Cincy. King Henry, you’re up.

Philadelphia Eagles -4.5 (originally -10.5): Wait, we’re really betting on Philly? Ugggg, yes. Cowboys are now on third string QB Ben Dinucci (at least he’s Italian… I think) since Andy Dalton took a cheat shot against Washington last week. Eagles getting stud tight end Dallas Goedert back should serve as a nice boost. I ultimately hate myself for this decision, but we all have to live with our choices.

Tampa Bay Buccaneers + New York Giants U52 (originally 46): Just mentioned this one. It should be an outright under but giving ourselves a nice 6 point cushion should ensure no funny business happens. Don’t disappoint me, gents.

JohnnyVTV currently sits 42-31 on the season. For all NFL betting plays, follow @JohnnyVTV and @InTheZoneIO on Instagram.