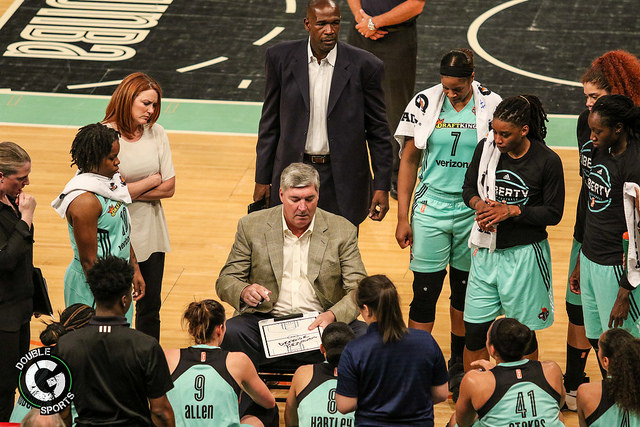 New York blew the game open with a 10-0 run to start the 2nd quarter. Powered by a strong 2nd unit, the Liberty outscored Chicago 17-2 to open the 2nd and take an 11-point lead. From there the Sky would recover and keep the margin to single digits the rest of the way. Chicago used back-to-back threes from Cappie Pondexter and Kahleah Copper to pull within one 65-64 in the 3rd, but Sugar Rodgers answered with a 3 on the other end to push the Liberty advantage back to four, and the Sky were no closer than 2 the rest of the of the way.

New York continues its 5-game road trip at San Antonio on Tuesday night. Tipoff is scheduled for 8 PM (ET) at the AT&T Center.