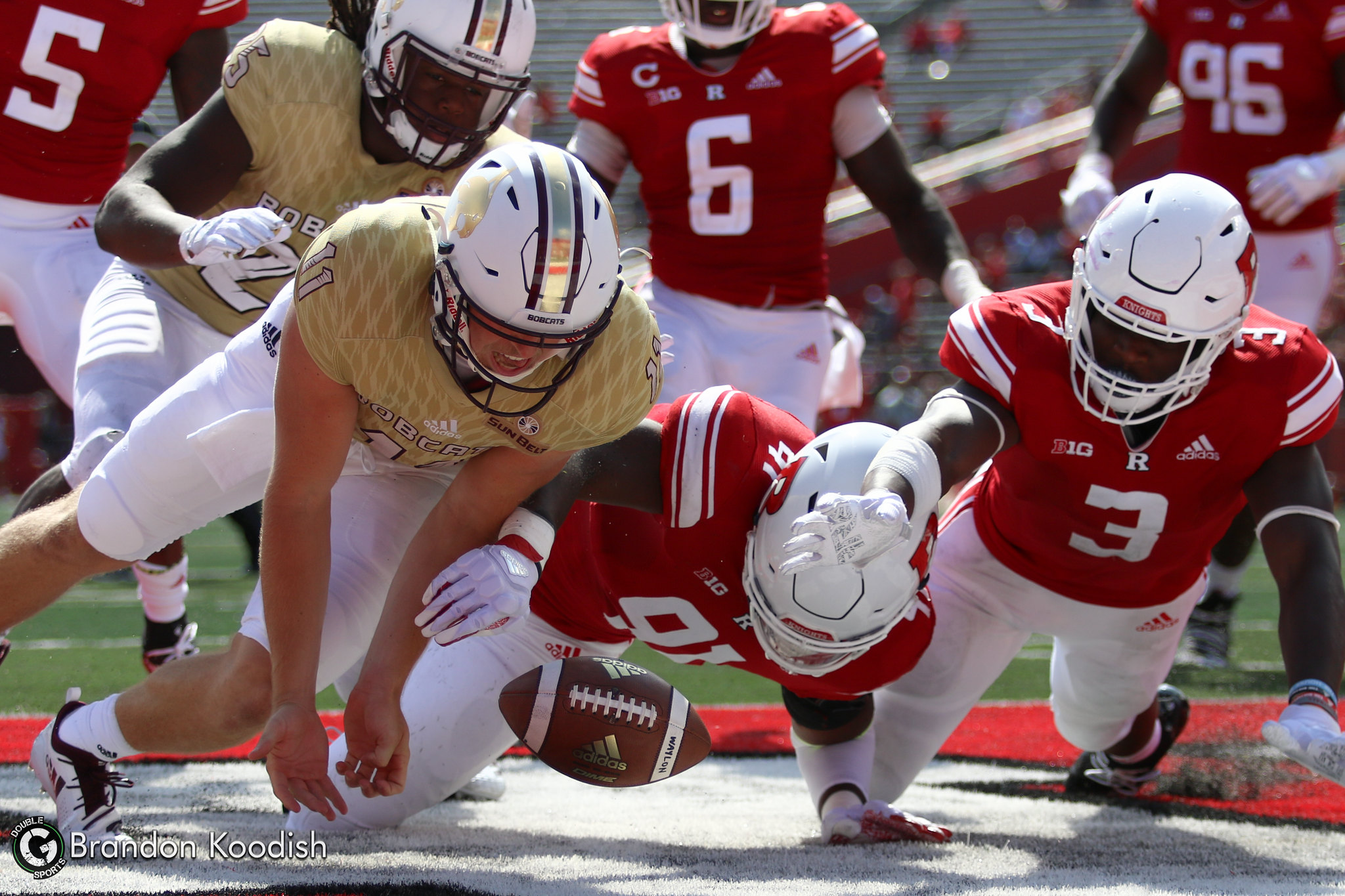 Why College Football Can’t Work Without Change and Cooperation

This has been a year like no other. Come Saturdays this fall, your average college gameday may look extremely foreign to the common eye. No tailgates, no fans, and, frankly, no tradition that makes college football so special.

As we sit here today, two of the Power 5 conferences have already cancelled their college football season. With the way things are currently trending, we may see more cancellations in the near future.

It’s not just the athletes, families, coaches, and athletic departments suffering. There are the college towns that thrive on football season and school sports. Three in particular are already feeling the fragility of sports in the pandemic as universities see outbreaks.

Move-in weekend. An event filled with new opportunities, cheap beer and tearful goodbyes. About a week ago, undergrads in Norman, Oklahoma were anxious to return to the campus they love. However, this move-in weekend would not be so easy.

According to reports, hundreds, if not thousands of students were not been able to move back to campus due to the delay of their mandatory COVID-19 test results.

According to one student, who is an incoming Freshman at OU, he arrived at 8am on the morning of his move-in day and was told he had to turn around and head back home until his test results arrived. Why is this a problem? Well, due to the fact that these test results were delayed, the university allowed these students who may have been contracting the virus to enter their campus and potentially spread the virus throughout parts of the school. A sorority is already seeing that happen.

When it comes to football, nine Sooner football players tested positive for COVID-19 after returning from a short break given to them by head coach, Lincoln Riley. However, there are some implications that the outbreak is due to move-in weekend. According to Riley, over 75 percent of his teammates hadn’t left Norman during their break, which would indicate that the virus may have been contracted in-house.

Trouble in paradise to say the least.

Nine University of Oklahoma football players have tested positive for coronavirus. Oklahoma plays in the Big 12 Conference, which says it plans to play football this fall. https://t.co/p8ozAQjVKL pic.twitter.com/lOAkEZVXWv

The year of the mask. Nobody “likes” them per se, but I think we can all agree that for our own and others safety we should be wearing them as much as possible. With this being said, not everyone is following this same social construct.

Anthony Schwartz, who is a Junior wide receiver at Auburn University took to Twitter earlier in the week to share what he was seeing around campus.

“Yall said it’s safer on campus but I’ve seen crowds of people and none of them are wearing masks,” Schwartz wrote.

Kameron Stutts, an offensive lineman, quickly chimed in saying, “Boy, it’s not a single person on campus wearing a mask.”

Finally, Schwartz tweeted that “Our coaches and medical staff have been doing their absolute best to keep us safe, I don’t want them to be blamed for whatever happens going forward…”

Auburn University has put in a host of safety measures on campus, including mandatory mask usage, smaller class sizes and daily health checks. But it has no way to control what happens off campus.

"Bars and Greek Life are going to spread this virus."https://t.co/ZQDp2rWpUf

Schwartz actually made an exceptional point with that last tweet. Before students arrived on campus, coaches and medical personnel could control the environment that the players were surrounding themselves in. However, it is IMPOSSIBLE to control an environment that is filled with 24,000 eager students who have been locked up in their houses for the last four months.

I understand these students want to party, but if college football is going to take place this fall, serious action will have to take place by the “higher-ups” that have nothing to do with Auburn University at all.

Rutgers Football, the armpit of the Big Ten. Before you guys attack me with hateful comments, I want to say that I feel for you guys. Anyway, the state of wins and losses should be the LAST thing that the Rutgers football team is currently worried about.

About a week ago, it was reported that the entire RU football team was being forced to quarantine after 15, yes 15, players tested positive for the coronavirus. Now we are learning that as many as 30 players have tested positive, according to head coach, Greg Schiano.

The outbreak was so bad in New Brunswick that Schiano said multiple players sweated through two or three bed sheets per day and the eruption was “like getting hit by a two-by-four when all the cases happened.”

But, this is where things get interesting… According to People Magazine and NJ.com, the reason the first outbreak happened was because multiple football players attended an on-campus house party that did not follow socially-distant guidelines.

The entire Rutgers football team is in a two-week quarantine after 15 players tested positive for COVID-19.

An on-campus party at Rutgers that several athletes attended may have led to the outbreak. https://t.co/7eP4oe4EKy

Fortunately for these athletes, this outbreak resulted in no serious physical consequences (for now, at least). Schiano reported that almost all the players who tested positive have fully recovered. Only two athletes remain in quarantine.

While neither People Magazine, nor NJ.com can confirm for certain that the outbreak began from a house party, it is safe to say that the men who attended the party certainly learned their lesson on just how fast this virus can spread. At least I hope.

Wear a mask, social distance, wash your hands and do not go to crowded college parties. I know it may be easy to think you don’t make a difference but I promise you that you do. One of my all-time favorite sayings is “one million always starts with one.”

Stay safe, and I look forward to talking football with you all very soon.