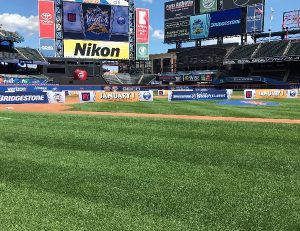 It has been ten years since the NHL had the brilliant idea to bring hockey back to its roots: outside, on a pond, in the cold and snowy weather. Sounds amazing, doesn’t it?! Pond hockey is something you will hear the pros and hockey guys bring up when talking about their time playing hockey growing up, and this will always bring a smile to their face.

So the NHL decided, hey let’s build a rink (unfortunately you have to settle for a rink, as I think it would be impossible to build an actual pond), in a venue that can seat thousands of fans, have this game happen on New Year’s Day, and bring a national audience to the game through the NBC live broadcast. I think we can all say this idea has been a success, as the upcoming 2018 Winter Classic that will be held in New York City at Citi Field, the home ballpark of the New York Mets, will mark 10 years since this now annual staple has been occurring. On January 1st, 2018, we will see the New York Rangers battle the Buffalo Sabres on the man-made ice so meticulously put in place by the ice masterminds of the National Hockey League.

In a press conference addressing the media on Friday, September 8, 2017, NHL Commissioner Gary Bettman expressed his excitement and gratitude for the upcoming event, but also said that “no one could imagine that this event would actually become a classic.” It has become a fan favorite and an annual staple of the League. He said the clubs, fans, and players love it, and when you think of New Year’s, you think of NYC and Times Square, and this year folks can continue their NYE party by attending the Winter Classic.

Of course, this whole event would not be possible without the NHL partnership with Bridgestone America’s or NBC Sports, and of course not without the willingness and cooperation of the New York Mets and the participation from the NY Rangers and the Buffalo Sabres.

This is the second Winter Classic appearance for both teams as the Sabres played the first in 2008 losing to the Pittsburgh Penguins in a shootout at Ralph Wilson Stadium and the Rangers played in 2014 at Citizens Bank Park in Philadelphia and beat the Flyers 3-2.

Sabres Center, 20-year-old Jack Eichel, was only 11 years old when the first Winter Classic was played in 2008. From watching on the couch with his Dad to playing in the game, quite the contrast of an experience. “It will be a whole experience with my family, having them here in New York City, I think they have a few games in New York City prior to the Classic, against New Jersey, and the Islanders, so we’re going to be here for a bit. Holiday season and New Year’s Day, it was a tradition at my house. My parents, especially my Dad, will be pretty excited to be here for this one.”

Did he tell himself when he was 11, I am going to play in the Winter Classic some day? “I was probably hoping that I was going to be here, but you never really know! It’s such a rare opportunity. Luckily enough, I get to be here New Year’s Day.”

With two NY teams, I can only imagine that Citi Field will sell out for this seasons New Year’s Day battle of New York. I bet playing in front of 41,922 fans will be the highlight of Eichel’s young NHL career so far.

Bring on the season! Is it October yet?