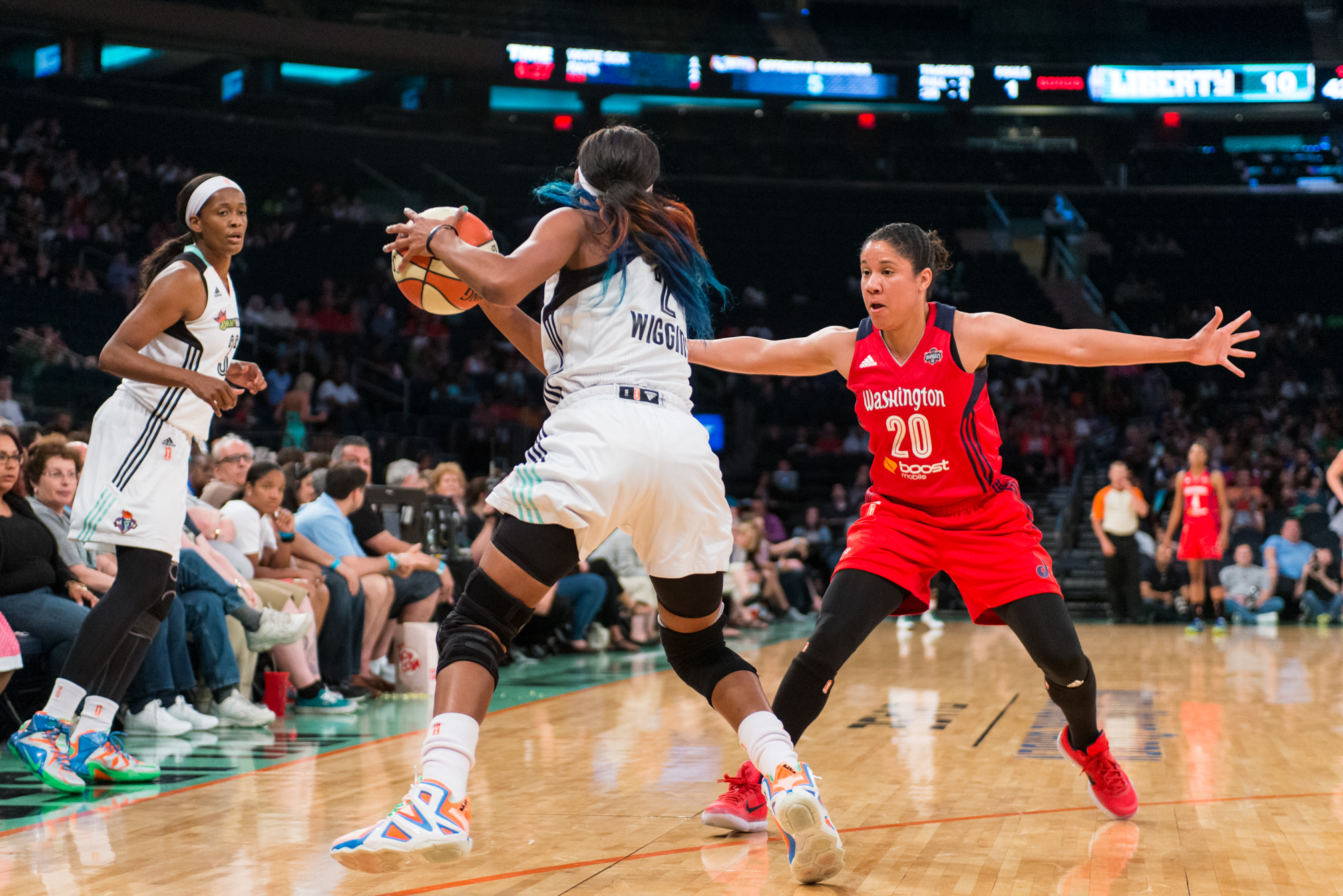 NEW YORK, June 17, 2015 – WNBA All-Star Balloting 2015 presented by Boost Mobile will launch today at 2 p.m. ET and run through 9 p.m. ET on Thursday, July 9, as the most expansive balloting program in the league’s 19-year history.  The ballot will feature all current WNBA players for the first time.

Fans around the world can vote daily for their favorite WNBA players to become starters in the Boost Mobile WNBA All-Star Game 2015.  Votes can be cast on multiple digital platforms, including WNBA.com, the WNBA App, Twitter and Facebook.

“Boost Mobile WNBA All-Star 2015 is a gathering of and a showcase for the greatest women’s basketball players in the world,” said WNBA President Laurel J. Richie.  “As has always been the case in the WNBA, fan engagement is a very important element – both for the league and our teams – and with that we are very pleased to offer this new, expansive balloting program for fans to take part in.”

On WNBA.com, the program will be highly integrated, with voting options available on the player index and player file pages, with prominent branding of the campaign throughout the site as well as on all 12 individual WNBA team sites.

As an incentive for fans to vote on Twitter, the WNBA will offer a Twitter sweepstakes with prizes, such as WNBAStore.com gift cards and Boost Mobile mobile devices.  Follow @WNBA on Twitter for more information.

Individual tickets for Boost Mobile WNBA All-Star 2015 start at just $16 and can be purchased at Ticketmaster.com, by dialing 800-745-3000 or at the Mohegan Sun Box Office.

Established in 2002, Boost Mobile, part of the Sprint Prepaid Group, redefines value for wireless consumers with more data for less and no long-term commitment to a subscription contract. Operating on the Nationwide Sprint 3G Network for data and the Nationwide Sprint Network for voice services, both reaching more than 281 million people respectively, as well as the nationwide Sprint 4G LTE Network, which reaches nearly 280 million people. Its award-winning customer service has been recognized more than eight times. Learn more about Boost Mobile online on Facebook, Google+, Instagram and Twitter.

The WNBA – which features 12 teams and is the most successful women’s professional team sports league in the world – is a unique global sports property combining competition, sportsmanship, and entertainment value with its status as an icon for social change, achievement, and diversity.  The league, which counts Boost Mobile as its leaguewide marquee partner, tipped off its 19th season on June 5, 2015.

Through WNBA Cares, the WNBA is deeply committed to creating programs that improve the quality of life for all people, with a special emphasis on programs that promote a healthy lifestyle and positive body image, increase breast and women’s health awareness, support youth and family development, and focus on education.  For more information on the WNBA, log on to www.wnba.com.