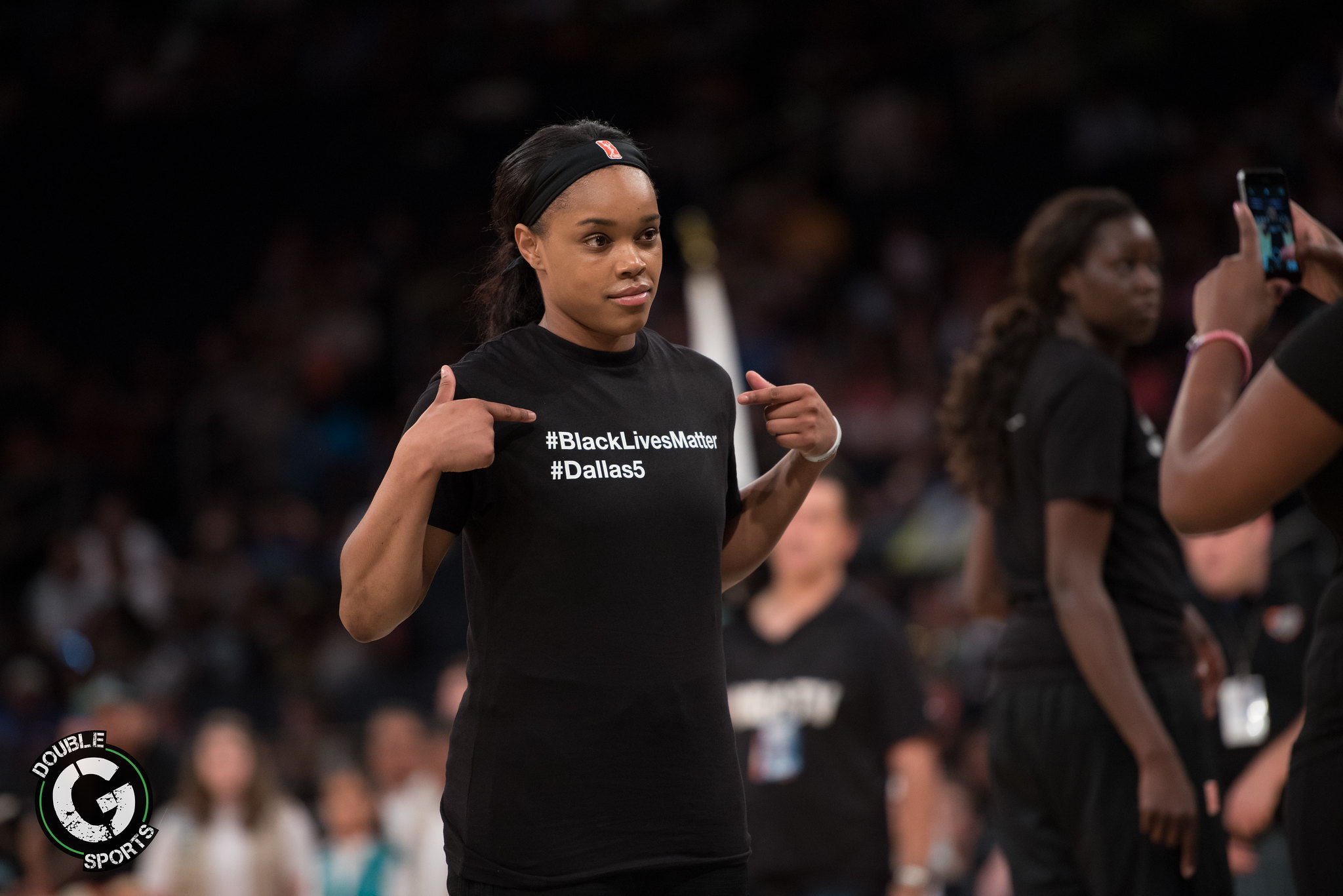 The WNBA has been very vocal from the beginning of the civil unrest in this country during the summer.

On Wednesday, the Milwaukee Bucks were the first team to organize and postpone their playoff game with the Orlando Magic. From there, it was a fast and powerful wave that moved through a few other sports leagues, but not as creative as it did in the WNBA.

The WNBA joined the protest and postponed their three games that were originally scheduled on Wednesday: Washington Mystics vs. Atlanta Dream; Los Angeles Sparks vs. Minnesota Lynx; Connecticut Sun vs. Phoenix Mercury.

Then players of all teams at the arena met on the court and took a knee.

"We're not just basketball players. We're so much more than that."

Ariel Atkins with a powerful statement on the unified decision to not play tonight. #BlackLivesMatter pic.twitter.com/Eg96KMqsFh

Later, Washington guard Ariel Atkins spoke on behalf of the Mystics about their decision to abstain from play.

“This isn’t just about basketball,” Atkins told ESPN’s Holly Rowe. “We aren’t just basketball players. Just because we are basketball players doesn’t mean that’s our only platform. We need to understand that when most of us go home, we still are Black.”

The WNBA announced that Thursday’s games will be postponed and league play will resume either on Friday or Saturday similar to the NBA.

Before the WNBA reported to their bubble, they have been on the right side of this fight. Between Maya Moore sitting out a season to fight social issues or Natasha Cloud decided to opt-out of this 2020 season to continue fighting for the Black Lives Matter movement, the women in the WNBA aren’t afraid to lay everything on the line to see change happen.