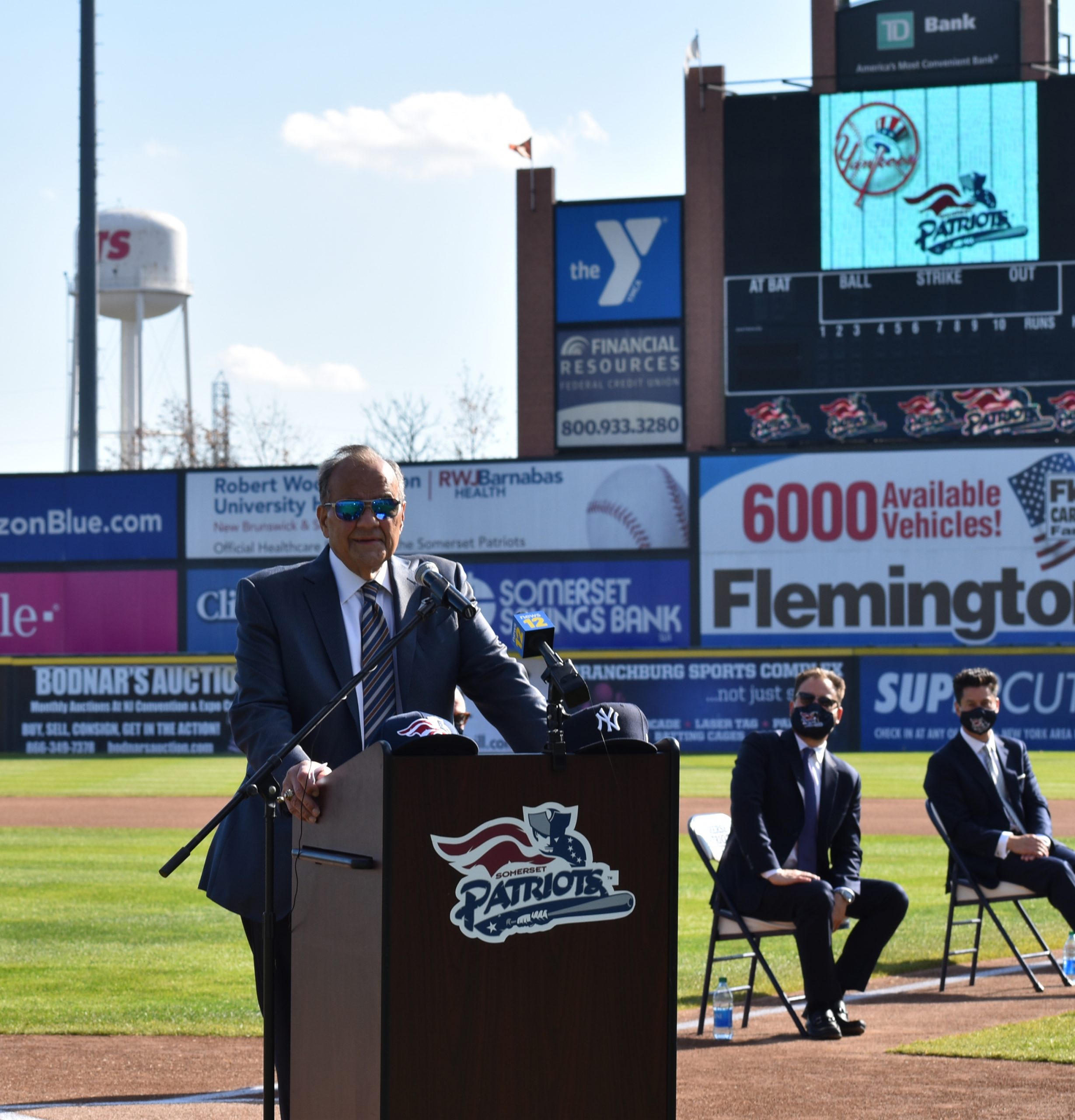 The New York Yankees addition of Bridegwater, NJ’s Somerset Patriots baseball club to their farm system was made official on Tuesday, as the team held a press conference at home plate of TD Bank Ballpark.

Among those who took their turns at the podium to voice their enthusiasm for the move were former Yankees All-Star’s Willie Randolph and Sparky Lyle (who managed the Patriots from 1998-2012), Yankees radio announcer John Sterling and former Yankee manager Joe Torre.

The Patriots, founded in 1998 by local businessman Steve Kalafer, had spent the past 21 seasons as a member of the independent Atlantic Professional Baseball League, unaffiliated with Major League Baseball.  For the 2021 season, the team will be getting called up, becoming the Double-A affiliate of the New York Yankees.

“Never did we imagine we would have the opportunity to be part of the New York Yankees organization,” co-chairman Josh Kalafer told the media as well as 100 fans in attendance. “This is the beginning of yet another incredible chapter on this long and beautiful journey that we are so grateful to share with everyone in this community.”

The Yankees are revamping their organization along with many other teams, due to the recent cut of many minor league teams. This week the Yankees cut ties with the Trenton Thunder, Staten Island Yankees, and Charleston Riverdogs, which resulted in the addition of Dutchess County NY’s Hudson Valley Renegades (formerly a Rays farm team) as the Yankees Low-A affiliate alongside Somerset as the Double-A squad.

The Yankees did a close examination of all professional stadiums in the tri-state area and beyond, and concluded that TD Bank Ballpark, its fans as well as its staff, would be best fit for their organization.

“The job that Steve and his family have done building this organization into a true community is second to none,” said Bridgewater’s Mayor Matt Moench. “When we combine the brand of the Somerset Patriots with that of the New York Yankees, it’s unstoppable and [will leave] an enduring legacy.”

The Patriots will be making some major investments in order for their promotion, including renovating their locker rooms, fitness area, and batting cages, relocating the bullpens, as well as changing the lights to LEDs .

Though final touches are being put on the contract, Steve Kalafer assured the media that the Yankees are here to stay and the deal is long term. He also said that there will be no changes in the front office staff, and that the Patriots will be keeping their current logos and uniforms.