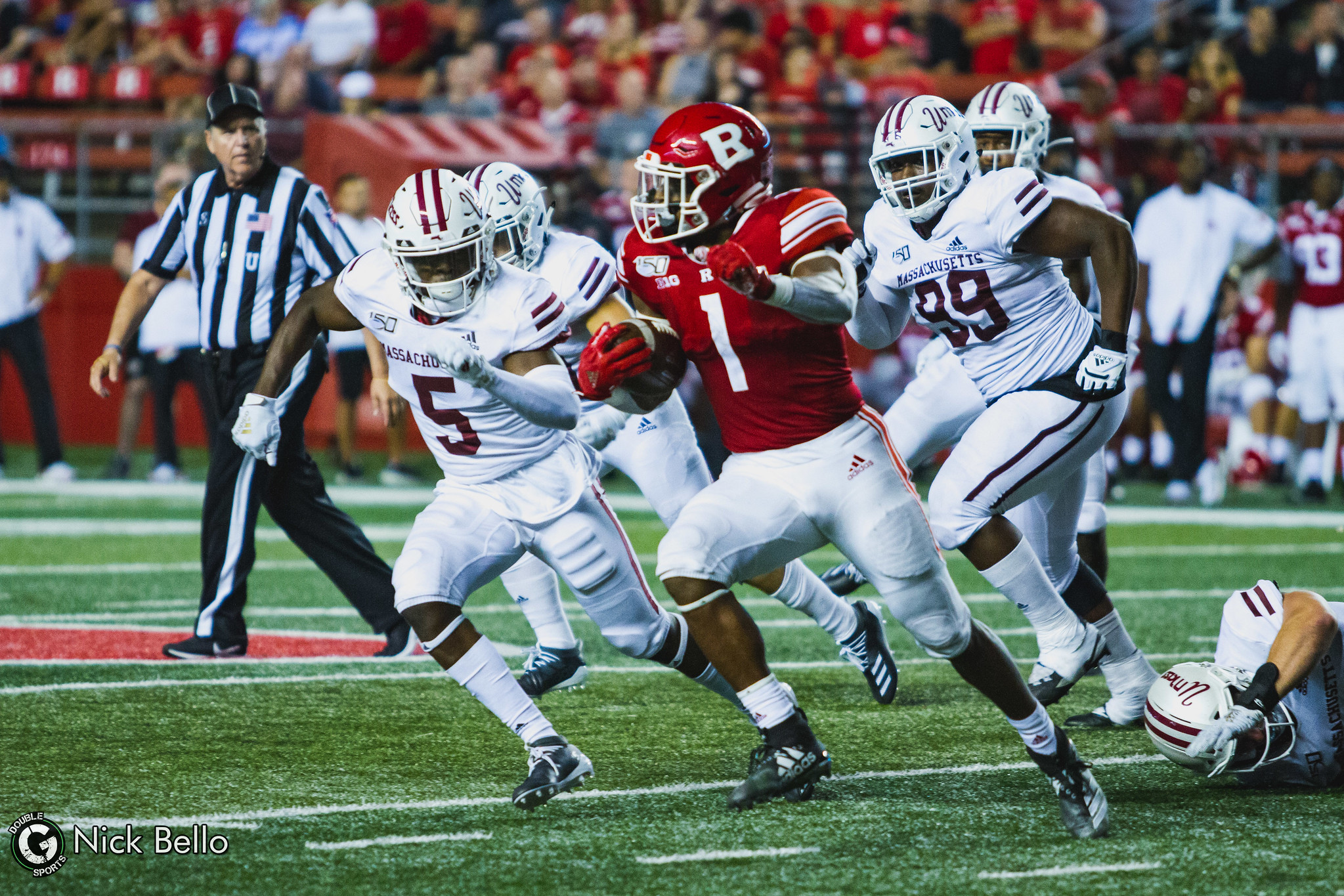 The Rutgers running back group came into the 2019 season as one of the roster’s bright spots. It was a unit expected to make key contributions for the Scarlet Knights (1-6), with a combination of returning upperclassmen and talented freshmen recruits.

Seven games into the season, the inflection of that group has changed. The redshirt decision by junior Raheem Blackshear, who was projected to be the Knights’ top offensive player this year, has left Rutgers with a running backs group of exclusively underclassmen .

Blackshear’s absence has elevated sophomore Isaih Pacheco to the team’s leading rusher, and freshmen Aaron Young and Kay’Ron Adams to key contributors in the back field rotation.

“We don’t have the experience on one end, but that’s the great thing about this is now [the younger guys] can get that experience and they really get the chance to develop,” said running backs coach Kolby Smith. “Young and hungry, that’s what you want.”

Pacheco currently leads the team in rushing yards with 434 and touchdowns with four. As a former quarterback, he is also now the veteran leader on one of the team’s youngest position groups.

Adams found the end zone for his first career touchdown, and the Knights’ only score last Saturday against Minnesota.

Playing in a similar, power rushing role as Pacheco, Adams saw a season-high performance in his young career, with six carries for 30 yards. He scored late in the fourth quarter on a five yard sweep play to the right side, breaking the Knights’ streak of nine straight scoreless quarters.

“At the moment, I really didn’t react the way I would have if the game was different,” Adams said on scoring with his team already down by 42 points. “After I look at it, it feels good … I just want to keep feeling that feeling again.”

While Pacheco and Adams play more in power sets, Young is the one that has emerged to most resemble Blackshear’s play style as an all purpose back with value in the passing and return game.

Young leads the roster’s current running backs with nine receptions for 57 yards and 342 kick-return yards. He has also added 48 yards on the ground.

After three straight Big Ten opponents, the three young rushers will get some game experience against Independent (FBS) Liberty The Flame is ranked 106th nationally in run defense, and has given up over 198 yards per game.This week’s opposition may serve up an opportunity for the Rutgers’ young running back core at home.

What’s at stake for Rutgers football program against Liberty?
Terrique Reddick and Marcel Mason leading a rejuvenated William Paterson offense back to life