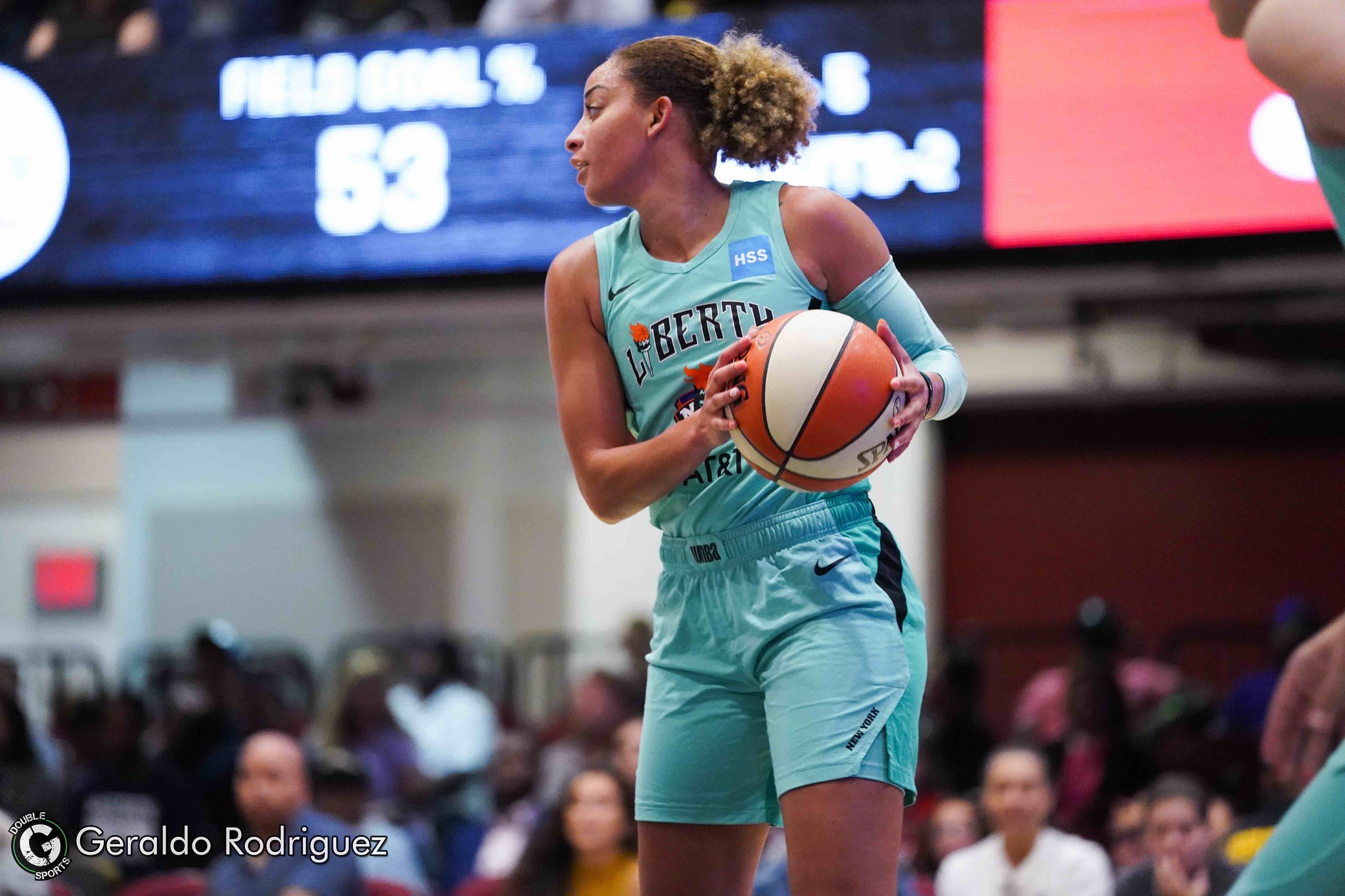 The New York Liberty have finalized their roster down to twelve.

Despite no training camps starting, the WNBA required all teams to cut their rosters down to twelve by May 26. Certain teams without the cap space will only carry eleven players.

In an unusual year with its season delayed due to the coronavirus, the Liberty were forced to cut their roster down from 15 to 12 without seeing any players in any type of training camp. Coach Hopkins has yet to see any of his six rookies on the floor and whether they’ll fit into his system of “Waltball”.

It’s a gamble the new coach is taking with the hope that some kind of season takes place.

Only one player was actually was waived. Journeywoman Reshanda Gray was cut, possibly due to not fitting into his plans and the small-ball, high scoring type of game coach Hopkins is planning on. Gray was an essential player off the bench for the Liberty in 2019 averaging 5.2 points per game and 5.2 rebounds per game.

In order to get down to twelve, fan favorites Han Xu and Marine Johannes have opted to stay overseas and not attempt to play in the WNBA this season. Both players will be suspended for the 2020 season and the Liberty will retain their rights. Johannes is currently under a two-year contract while Han is still on her rookie contract. Foreigners opting to stay home during this pandemic shouldn’t be a surprise in what seems to be a common occurrence among most teams.

The Liberty’s roster is now set. These twelve players, as with any players on announced rosters, will start getting paid on June 1. Returning to the Liberty are Rebecca Allen, Amanda Zahui B., 2019 #2 overall pick Asia Durr and Kia Nurse. Also returning to the Liberty is Kiah Stokes who sat out last season for personal reasons. Led by #1 overall pick, Sabrina Ionescu, all six draft picks have made the Liberty’s roster. This makes them the second youngest team in the league (just slightly ahead of the Dallas Wings) for 2020. Rounding out the roster is free agent point guard Layshia Clarendon.

The Liberty likely have one of the most exciting, young teams that everyone is waiting to see get on a court.

Predictions have the Liberty finishing last whenever a season gets underway.

Walt Hopkins has built his team around an uptempo style while having each player capable of playing multiple positions. The early predictions should see the starters as: Ionescu, Durr, Nurse, Allen & Zahui B. Several states (including New York) have granted permission for sports to resume while others have stated that training camps can begin under strict guidelines. The Liberty haven’t stated anything in those regards, but each player has been sent virtual playbooks from their coach to help learn his new system. This young roster will be prepared as much as possible whenever training camps can begin

In regards to an actual season, Commissioner Cathy Engelbert and the league seem optimistic that a season will happen at some point this summer. The NBA is eyeing the Walt Disney Walt in Orlando, FL as it’s “bubble” site. If big brother is close to getting a deal in place, the WNBA is likely right behind. Disney has also stated it could also accommodate the WNBA there as well while the league also appears to be looking at Las Vegas and the Mohegan Sun Arena in Uncasville, CT. There seems to be momentum in getting something in place as other leagues such as the NHL and NWSL are announcing their plans currently.