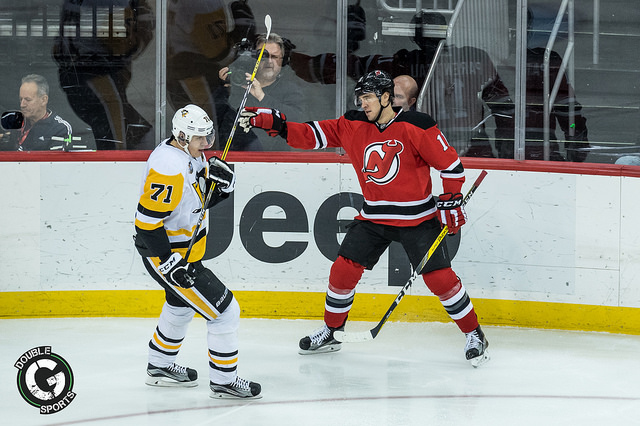 The National Hockey League announced on Tuesday that they will unveil the results of the Expansion Draft during the 2017 NHL Awards on June 21.

The league’s annual award show will once again take place in Las Vegas, Nevada at the T-Mobile Arena, the newly opened home arena of the Vegas Golden Knights. In addition to honoring the league’s top talent from the 2016-2017 season, the Golden Knights initial roster will be revealed.

The event will be televised live on NBCSN in the United States and Sportsnet in Canada at 7:30 PM, as hockey’s and Hollywood’s biggest stars will come together to take part in all the Vegas style excitement during the night.

The NHL’s 31st franchise gets to select one player each from the other 30 teams in the league to fill out the roster they expect to take the ice for the 2017-2018 season. Team owner, Bill Foley, General Manager, George McPhee and Head Coach, Gerard Gallant along with some of the players selected by the Golden Knights, will be in attendance for the announcement.

The NHL Awards will highlight each of the trophies and accomplishments achieved by throughout the season. The players nominated for the Hart Trophy for league’s Most Valuable Player, the Calder Trophy for the top rookie, Norris Trophy for best defender, Vezina Trophy for the best goaltender and Adams Trophy for the Coach of Year find out who takes home their coveted hardware. The Ted Lindsay Award for Most Outstanding Player, voted by other members of the NHL Players Association will be presented as well.

Steve Mayer, NHL Chief Content Officer and Executive Vice President said, “We are thrilled to be in Las Vegas again for the NHL Awards. To be able to pair this perennial show with the excitement of the expansion draft for the Vegas Golden Knights is a unique opportunity that we think our fans will enjoy greatly.”

The Encore at Wynn Las Vegas will serve as the NHL Headquarters for the 2017 event.

Foley added, “June 21st will be an incredible day for the city of Las Vegas and our fans. The anticipation around the expansion draft has been building for months and that excitement will continue to grow as we get closer to draft day. By combining the draft with the NHL Awards, Golden Knights fans will get to experience a monumental day in our team’s history while enjoying one of the NHL’s premiere events that features the game’s biggest stars.”

Cathy Tull, Senior Vice President of Marketing for the Las Vegas Convention and Visitors Authority said, “During the NHL 2017 Awards, Las Vegas will celebrate the NHL’s top players and teams, and for the first time the destination will be represented by our new home team, the Vegas Golden Knights. Las Vegas and the NHL are a winning combination, and we look forward to kicking off the Golden Knights’ highly anticipated first season.”

Golden Knights season ticket holders will receive information on exclusive ticket pre-sales to the event within the next few days, while tickets will then be made available to the public, beginning on May 3rd at 1:00 PM.

The full line-up of presenters and entertainment as well as travel packages will be made available later. The nominees for the awards will be announced beginning on April 19.

Schedule of Finalists for NHL Awards