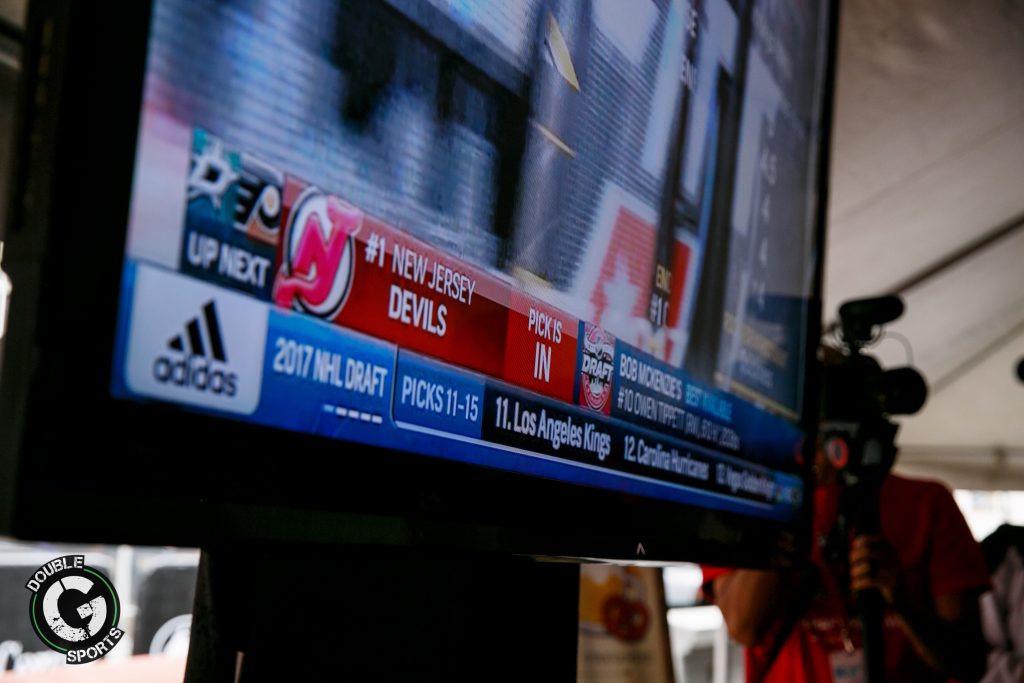 The New Jersey Devils announced on Tuesday the roster they will be sending to the 2017 Prospects Challenge taking place at HarborCenter in Buffalo, New York from September 8 through September 11.

During the Prospects Challenge, key prospects from the Devils, Boston Bruins, Pittsburgh Penguins and Buffalo Sabres will battle each other, in a round-robin tournament. The Devils will be sending 27 young stars, three goalies, nine defenders and 15 forwards, as the coaches and management follow their development.

Five of the players shuffling off to Buffalo for the tournament, saw some time in Newark, New Jersey this past season. Those players include; forwards Quenneville, Blake Speers and Nick Lappin, and blueliners, Steven Santini and Michael Kapla.

The Devils will play their contests on Friday, September 8 at 7:30 PM against the young stars from the Sabres, then on Saturday September 9 they will faceoff against the Penguins prospects at 3:30 in the afternoon with their final contest against the Bruins on Monday September 11 at noon.

Here is the full roster for the 27 prospects representing the Devils in Western New York this coming weekend.