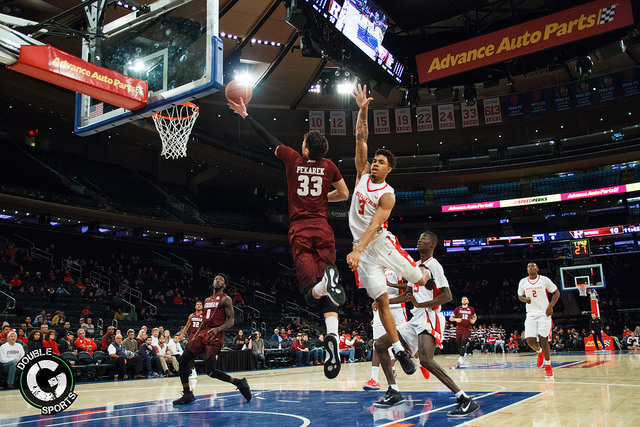 It’s an exciting time in the world of college basketball. Being that its the first few weeks of the offseason, this should come as an unusual statement. However, with the largest number of underclassmen entering the draft in NBA history, schools are scrambling to put the outlook of their rosters together. The common concern is simple, “Will my guy leave or come back?”

Adding to the drama, critics have been vocal about their concerns. After all, how could so many players think they are NBA eligible when there is only room for 60 picks? My response to all these critics – it is time to get off our high horses and relax. More importantly, realize this new culture could be beautiful for basketball.

As most are aware, there are new rules for declaring oneself eligible for the draft. Players now have the option to give the NBA combine their best try without jeopardizing their school or scholarship status. This new rule gives them the ability to return to campus within days of draft night if their chances are not looking promising.

This is a new rule allowing the insurance of flexibility while also creating the beauty of new competition between prospects. Its those who are touted as “guaranteed first rounders” against second tier guys looking to create their own buzz. Its a battle of guys with agents vs guys with nothing to lose, and who wouldn’t want to be a fly on the wall for that showdown?

For those who are calling these players delusional, egocentric, or ignorant for thinking they might be NBA ready, allow me to respectfully rebuttal this close-minded frame of reference. Imagine you’re in high school and finally thinking of asking your crush to the prom. Would you back off solely because the quarterback of the football team may think about asking the same girl? Or, would you think of a creative, but of course “non-creepy” way of telling this person how you feel, before that blonde haired, blue eyed, wonder boy even realized she was now off the market?

And if that was too much, why not just imagine you had even the slightest chance of fulfilling your NBA dreams? Now imagine there was a way to do that without sacrificing the remainder of your college career. Without taking the risk that could very well only lead to playing in a 3rd tier Eastern European league. Would you go for it? Or would you just be content with the idea that maybe you could of made it, if you really tried?

There are 137 players competing for 60 spots. That’s the simple math. And 50 to 60 of those guys are about to compete their tails off for that one team to contemplate taking a chance on them. That’s the simple beauty. That’s competition at its finest, and we finally have a system in place to celebrate this rather than deter it.

As for college coaches, they have the most to lose in this scenario. Yet let me assure you, they will be fine. Players transferring schools is as high as its ever been. Combined with a digital age that allows coaches to stay on top of everyone, everywhere, I can guarantee they will be fine. With more resources for recruiting then ever, waiting an extra 4 to 6 weeks on whether your top players are returning to campus is a minuscule problem to have.

I think everyone will get by just fine. And hey.. Maybe for once, the players will be the one’s who win.