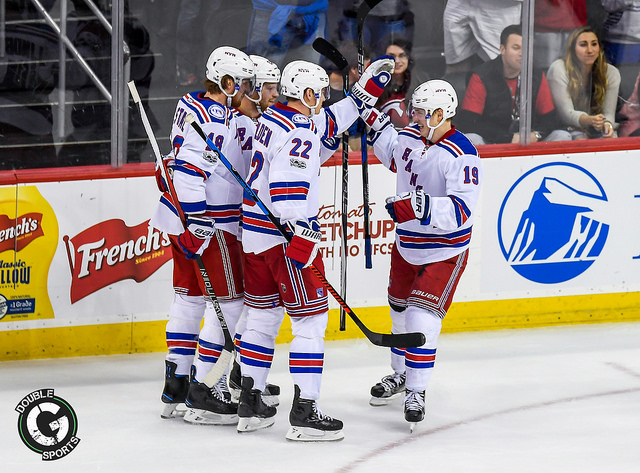 For the Eastern Conference, the Washington Capitals will face the Toronto Maple Leafs in the first round, after a three-way wild card race between the Leafs, Tampa Bay Lightning, and New York Islanders concluded Saturday with a Leafs win over the Pittsburgh Penguins. The Leafs last made the playoffs in 2013. Having taken 81 games to clinch, the Leafs have one of the toughest matchups ahead, facing this season’s President Trophy recipient for best regular season record.

The defending Stanley Cup Champions, the Penguins, will faceoff against the Columbus Blue Jackets, giving the Jackets a shot at redemption from the first round of 2014, where it took the Pens six games to move on to face the New York Rangers. While the Jackets were not expected to reach this level of success this season, they have certainly earned a spot in the playoffs all year long. While the Pens are favorites to win, the Jackets should not be underestimated for even a shift.

Speaking of the Rangers, the Broadway Blueshirts upon up the postseason with two games on the road in Montréal against the Atlantic Division’s top team, the Canadiens. The Rangers and Habs last faced each other in the postseason in 2014, where the Rangers defeated Montréal in six games to move onto the Stanley Cup Finals. The Rangers were the best road team in the NHL this season, but lost the only matchup at the Bell Centre as well as another regulation loss and shootout loss at Madison Square Garden. Then again, the playoffs are a different animal.

The final Eastern Conference matchup pins the Ottawa Senators against the Boston Bruins. Boston, having identical points to the Leafs but three more regulation/OT wins, earned second place in the Atlantic Division to face the Sens. Bruins’ forward Brad Marchand sat the last two games of the season having been suspended for spearing Tampa’s Jake Dotchin, but will return to the lineup just in time for Game One in Ottawa on Wednesday.

This season’s best Western Conference squad, the Chicago Blackhawks find themselves facing the Nashville Predators in the first round. Chicago has won the Stanley Cup three times in the last seven years: 2010, 2013, and 2015. Nashville has not seen postseason action since 2015, where the Blackhawks defeated the Preds in six games en route to the franchise’s sixth Stanley Cup victory.

Head Coach Mike Yeo makes his way back to the postseason. Except this time, he’ll be behind the bench for the St. Louis Blues against his former team, the Minnesota Wild. Yeo was an assistant coach for the Blues until Ken Hitchcock was relieved of his duties. The Wild failed to make the playoffs last season. But in 2015, Minnesota defeated the Note in six games in the opening round.

After the third period buzzer sounded, the Honda Center was filled with cheers, despite the score being tied at three between the Anaheim Ducks and the Los Angeles Kings. That’s because the Ducks needed just one point to clinch the Pacific Division for a date with the Calgary Flames in the first round. Randy Carlyle is back behind the Ducks’ bench this season. Carlyle led the Ducks to their only Stanley Cup in 2007. The Flames last appeared in the playoffs in 2015, where they defeated the Vancouver Canucks in the first round to move onto the Ducks in the second. The Flames’ series win was their first since 2004. The Ducks beat the Flames in five games in 2015.

After playing a full season, this season’s only 100-point scorer, Connor McDavid, has led the Edmonton Oilers back to the postseason for the first time since 2006. That year, the Oilers were defeated by the Carolina Hurricanes in the Stanley Cup Finals in seven games. Needless to say, Oilers’ fans have been itching for postseason hockey for a long time. Also in 2006, the Oilers defeated the San Jose Sharks in six games in the Conference semifinals. This year, the two will face each other in the opening round. The Sharks will be hungry after losing to the Penguins on the Finals last year, their first appearance in the Finals in franchise history. Questions remain, however, if the Sharks can pull off a victory without Joe Thornton and Logan Couture in the lineup. The two skated with the team on Monday, with Thornton leaving the ice a bit early. Oilers’ bench boss, Todd McClellan is no stranger to the Sharks’ veteran players, as he spent seven seasons coaching the Sharks. McClellan is the winningest coach in Sharks’ history.

Here is the full playoff TV schedule for the first round (all times EST):

Who will hoist the Stanley Cup in June? Tune in starting Wednesday to find out! Oh, and don’t forget to fill our your brackets at NHL.com/Bracket!