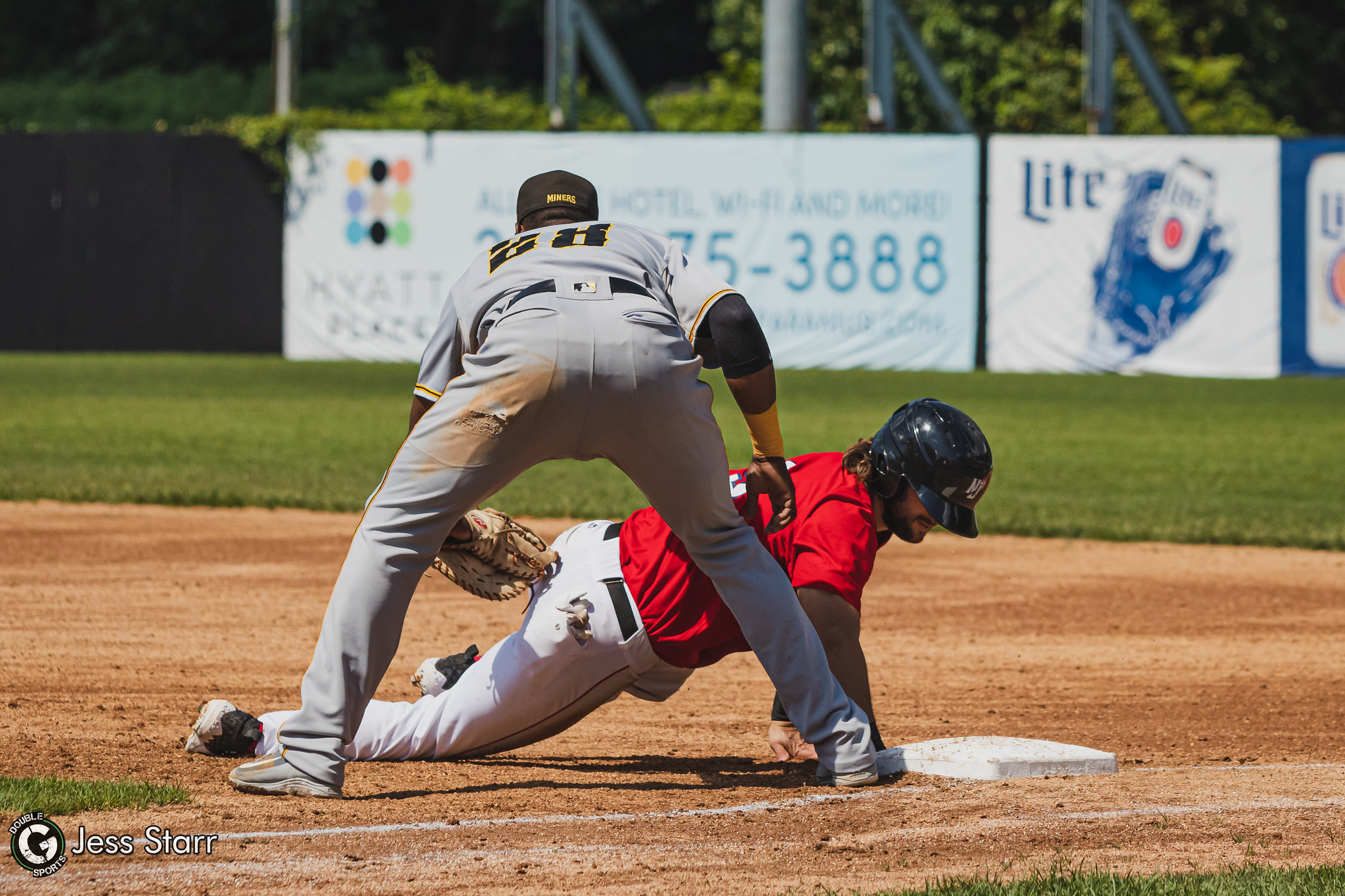 After multiple suspended and postponed games due to Mother Nature, the New Jersey Jackals lost three games to the Sussex County Miners as David Harris made his return to New Jersey.

On July 17, the New Jersey Jackals were supposed to begin a three game series at home. They would face the Sussex County Miners in a day-night doubleheader then play the third game the next night on July 18. However, Mother Nature would impede on the series plans. The night game of the doubleheader was rained on and had to be suspended in the middle of play.

The game was scheduled to be resumed the next day. However, the rain continued and both games were postponed. The Jackals and Miners made up the rainouts by resuming the suspended game and playing a seven inning game after on July 24. Unfortunately for New Jersey, they ended up losing all three games to Sussex County.

The first game began with New Jersey taking an early lead. Alfredo Marte scored on an error by Miners first baseman Audy Ciriaco to get the Jackals on the board in the bottom of the second inning. Sthervin Matos added two more runs with a triple in the bottom of the fourth inning. The Jackals ended up taking a 3-0 lead heading into the fifth inning. Jeffrey Rosa also made his first ever start for New Jersey. He was lights out through four innings, allowing no runs and striking out six.

Unfortunately for New Jersey, Sussex County ended up mounting a comeback, starting in the top of the fifth inning. After Rose allowed two walks, manager Brooks Carey went to the bullpen and brought in Ismael Cabrera in relief. Kalian Sams then hit a three run home run to tie the score at 3-3. The Miners then scored eight more runs throughout the rest of the game, including five in the top of the ninth, rolling on to a 11-3 victory.

Unlike the first game, Sussex County took the lead quick, fast, and in a hurry in the second. The Miners scored three runs in the top of the first inning. Jose Brizuela delivered the big blow, a two run home run. After the top of the second inning, thunderstorms arrived and it began to rain hard, forcing the game to be postponed a week to July 24.

A week later, the Miners would pick up right were they left off, adding five more runs. Jose Brizuela had a big game, going 3-for-5 with three RBI. Trey Hair had a big game as well, going 3-for-4 with two RBI. Sussex County would go on to defeat New Jersey by a final of 8-2.

The Miners and Jackals would play a seven inning game approximately a half an hour after the resumed game on July 24. However, this game had more meaning than just another regular season game for the New Jersey Jackals. As this game would mark the return of David Harris, All-Star outfielder for the Jackals in 2018. The Jackals signed Harris to be their new center fielder as Jay Gonzalez, who has missed several weeks of play due to injury, has been placed on the protected list as he plays for Team Puerto Rico in the Pan-Am games.

“It feels great to play baseball again really to be honest with you,” David Harris said. “I love it. I love the fact that I’m back out here. Teammates accepted me pretty well. It’s just good to play again.”

David Harris played in 98 games for New Jersey in 2018. In those games he posted a .331 batting average, .435 on-base percentage, .590 slugging percentage for an 1.025 OPS. to go along with 23 home runs and 68 RBI. He would then go on to play 61 games for the Aguilas de Mexicali of the Mexican Pacific Winter League as well as two games for the Tigres de Quintana Roo of the Mexican League. After not having a team to play for for a bit, Harris returned to New Jersey thanks to his relationship with manager Brooks Carey.

“I know Brooks pretty well,” said David Harris. “I played here last year so the fact is I needed somewhere to play. Me and Brooks have somewhat of a relationship. Gave him a call. I just want to play baseball really at the end of the day.”

The third game began just like the previous game, with Sussex County taking an early lead. Jose Brizuela singled in the top of the first inning to score two runs to give the Miners the early lead. However, Alfredo Marte would get the run back for the Jackals with a sacrifice fly in the bottom of the first. Richard Stock then scored on a balk in the bottom of the fourth to tie the score at 2-2. The balk also gave the Jackals runners on first and third with no outs. However, back to back strikeouts by Chase Smartt and Demetrius Moorer ended the scoring threat for New Jersey.