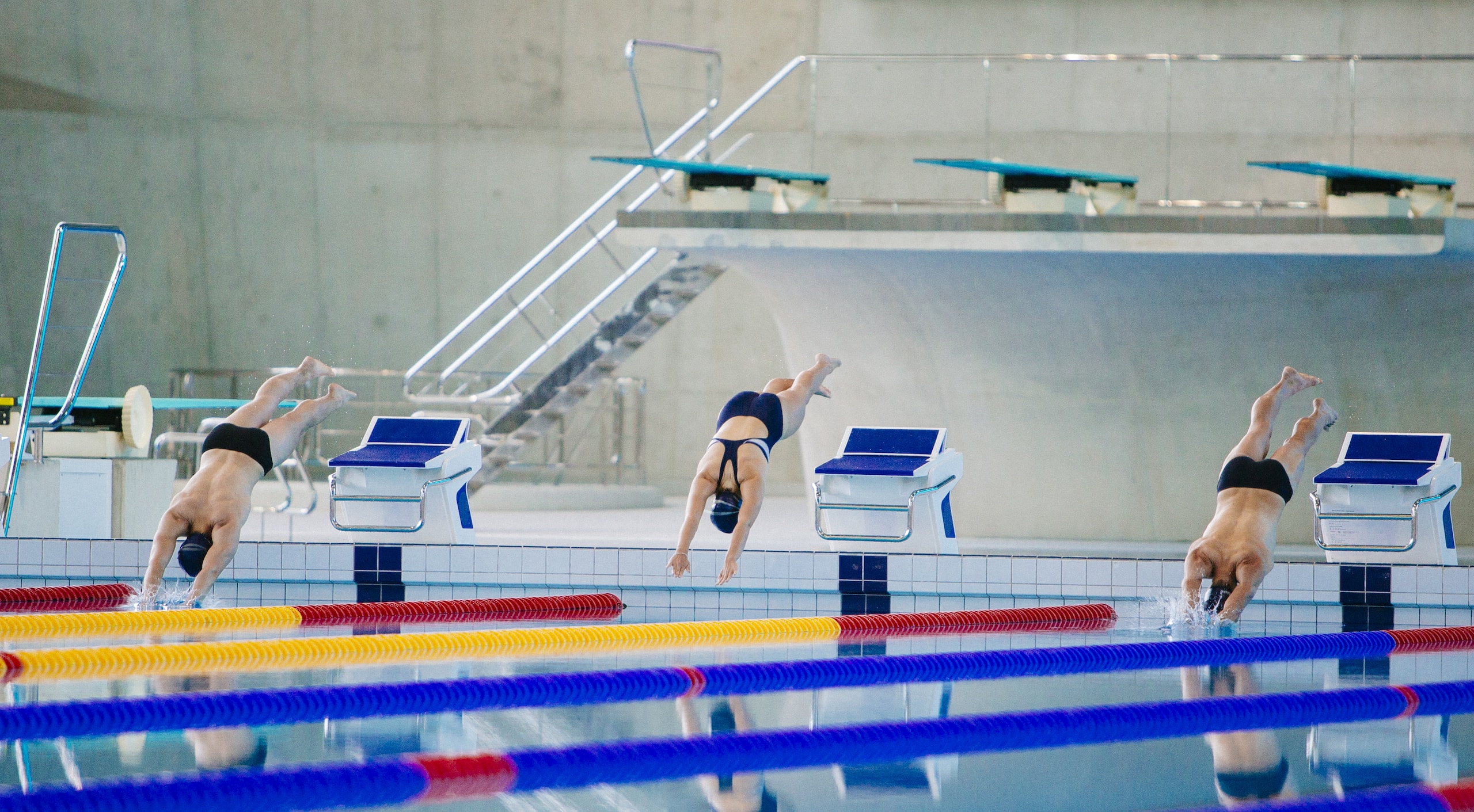 Photo by dylan nolte on Unsplash

Lochte, Dressel and Ledecky all Chasing Gold at 2021 Tokyo Olympics

The 2021 Summer Olympic games are scheduled to take place from July 23 – Aug. 8 in Tokyo, Japan. ABC News recently reported that the Head of the Tokyo Olympics confirmed that the Summer Olympics “will open in just over three months and not be canceled despite surging COVID-19 cases in Japan.”

From April 10-11, 2021,  Team USA swimmers competed in the TYR Pro Swim Series in Mission Viejo, California. For American swimmers competing for a spot on the Team USA Olympic swimming team, this competition was a warmup.

And just like that, the Tokyo Twist comes to a close in Mission Viejo! 👇

Michael Phelps’ record of winning eight gold medals in one Olympics (2008), has not been touched by another American swimmer since 2008. Phelps retired from Olympic swimming after the 2016 summer games and passed the torch onto the next generation of Team USA’s Olympic swimmers. Luckily, for Team USA and its fans, the next generation is here and will compete at the Olympic Team Trials for a spot on Team USA. Those trials will take place from June 10-13.

In 2016 at the Rio summer games, Ryan Lochte claimed his 12th Olympic medal and sixth Gold medal. The native of Rochester, New York was part of the American 800-meter freestyle relay team, which included Team USA’s all-time leader in medals won, Michael Phelps and several other accomplished swimmers like Nathan Adrian. For his part, Lochte into second-place on Team USA’s all-time-list for Olympic medals.

At the 2004 Athens Summer Olympics, Ryan Lochte won his first Gold medal in 4 X 200 meter team relay. A native of Rochester, New York, Lochte has swam for Team USA in four Summer games (2004, 2008, 2012, and 2016) in his career and if he is able to qualify for Tokyo, it will be Lochte’s fifth appearance in the Summer Olympics. If he were to do this, he would tie a record set by Phelps and American  swimmer Dara Torres for the most Olympic appearances by one American swimmer.  Swimming World Magazine, says that if Lochte makes it onto USA’s 2021 Olympic swimming team, he will “be the oldest male swimmer to ever represent the United States.”

If Lochte qualifies for this summer’s Olympic games, it would mean redemption for himself, because he has suffered so much in recent years from personal issues. According to ESPN in 2016, Lochte falsely claimed that “he and his teammates were robbed at gunpoint at a gas station in a Rio suburb.” After that, Lochte was suspended 10 months from competing and lost all his endorsement deals.

In 2018, Swimming World Magazine reported that Lochte had regained his form in the Swimming pool, but it was not long before he would be involved in another ‘PR’ disaster. In May of 2018, Lochte shared a photo on Instagram that showed him injecting Vitamins into his body. The United States Anti-Doping Agency (USADA) suspended Lochte for 14 months, which was his second suspension in “less than two years.”

Lochte’s best event, whether doing it in the Olympics or at FINA World Aquatics tourneys, has always been the men’s 200 Individual Medley (IM). In his 17-year career, Lochte has set world records in 200 IM four times, but the last time he swam a world record time was at the 2012 FINA Short-Course competition, where he he set the world record (1:49:63) which still stands today.

We all agree it would be cool to see Lochte, the oldest swimmer eligible, to qualify for this summer’s Olympics. It would be cool because he is such a magnetic personality in the Olympic media landscape and I think people from all countries would root for him because it would show that, even the most hopeless of situations, people can rise above and conquer their demons. However, the road ahead is hard for Lochte because, as David Rieder of Swimming World Magazine reports, Lochte’s “competition in the 200 IM has flourished. There are several American swimmers who are swimming better times than Lochte in an event that he usually swims the best in, so because the 200 IM is Lochte’s only hope to qualify for Tokyo, he needs to make a statement at the Olympic Trials this June.

In 2012, American swimmer, Katie Ledecky was able to win her first Olympic Gold medal. At her next Olympics, the 2016 Rio games, Ledecky won four gold medals and one silver medal. Along with fellow American women, Lilly King and Allison Schmitt, Team USA’s female swimming team is poised to make some noise at the 2021 Tokyo summer games.

At the 2016 Olympics in Rio, American male swimmer Ryan Murphy won Gold in the 100 and 200 meter backstroke races and those were his first Olympic medals. The Floridian won a Gold medal in the 4 X 100 medley relay with teammates Michael Phelps, Nathan Adrian and Cody Miller.

One of America’s biggest hopes to take home multiple medals in Tokyo is a 24-year-old man from Florida named Caeleb Dressel. This muscular six-foot-two American swimming talent made history when he became the first swimmer to win eight medals at a single World Aquatics Championship event. Out of those eight medals, Dressel won six Gold Medals, mostly in the 50 and 100 meter freestyle and butterfly, as far as individual races went. Dressel’s record-setting 2019 World Championships performance may have reminded fans of Michael Phelps’ legendary performance at the 2008 Beijing Olympics. So, undoubtedly, Caeleb Dressel is shaping up to be one of America’s top swimmers in both individual and team events at this summer’s Olympic games in Tokyo, Japan.

Lilly King won her first Olympic gold medal for winning the 100 meter Breaststroke and her second Gold medal for her role in the Team USA Women’s victory in the 4 X 100 Medley Relay.

In The Zone’s Nick Durst interviewed Lilly King in March, 2021. During the interview, King discussed the great learning experience that she had at her first Olympic games in 2016, where she had the opportunity to learn how to prepare and perform at a National Team Swim meet from Michael Phelps. King described her experience at the 2016 Olympic Games.

“My first National Team Meet, with Phelps, Lochte and all the greats. Just watching them go through their process– their warmup process, their warm down, how they handled themselves in the ready room. All those things made an impact on me.”

One of the big stories going into the 2016 Summer Olympics involved Russian swimmer Yulia Efimova testing positive for a banned performance-enhancing-substance before Rio and being allowed to compete at Rio, anyways. According to Vulture.com, Efimova finished first in the Semi-final Heat before the actual race and “shot her finger up in the air to declare herself ‘number one.'”

The American swimmer from Indiana would respond by finishing ahead of Efimova in the 100-meter Breaststroke race and claiming her first Olympic medal, the Gold in the 100-M breaststroke race. King’s Gold in 2016’s 100 meter Breast was the first time the USA had won Gold in that race, in 16 years! King made history for Team USA at the 2016 Olympics and will be looking to build upon that success in Tokyo this Summer.

Ryan Murphy managed to take home three Gold Medals at the 2016 Summer Olympic games in Rio. Three Team USA swimmers who could represent the U.S. this summer, currently are signed to teams in the International Swimming League (ISL) including Murphy. Recently, In The Zone’s Nicholas Durst interviewed Team USA swimmer Ryan Murphy. The 26-year-old with an Olympic games under his belt, discussed what it’s like to represent the USA at the Summer Olympics.

“I’ve always been someone who has liked competing on the biggest stage,” Murphy said. “I wasn’t nervous that the pressure would be too much, so I went out there and just did what I do. I’ve swam these races so many times so to go there and do it in front of a bigger crowd was fun.”

After Murphy won gold medals in both the 100 and 200-meter backstroke events and the 4 X 100 Men’s Relay in 2016, he received numerous text messages from all kinds of friends. Murphy discussed how it felt to win his first Olympic medals at young age of 21 and how that experience changed his perspective on life.

“The night of the Olympics I had people reach out to me who haven’t reached out to me in years,” Murphy said. “That is when you start to realize the impact that you can have on others. After the Olympics, I still wanted to keep swimming really well but I realized that I needed to extend my platform and make sure that I’m influencing others in the right way.”

Murphy says he is committed to growing swimming as a sport and “leaving it in a better place than where I found it.” That is what the ISL represents to Murphy. With swimmers like Ledecky and King, Dressel and Murphy on the men’s side, Team USA looks poised to continue their success in the Pool at the Olympic games this summer.