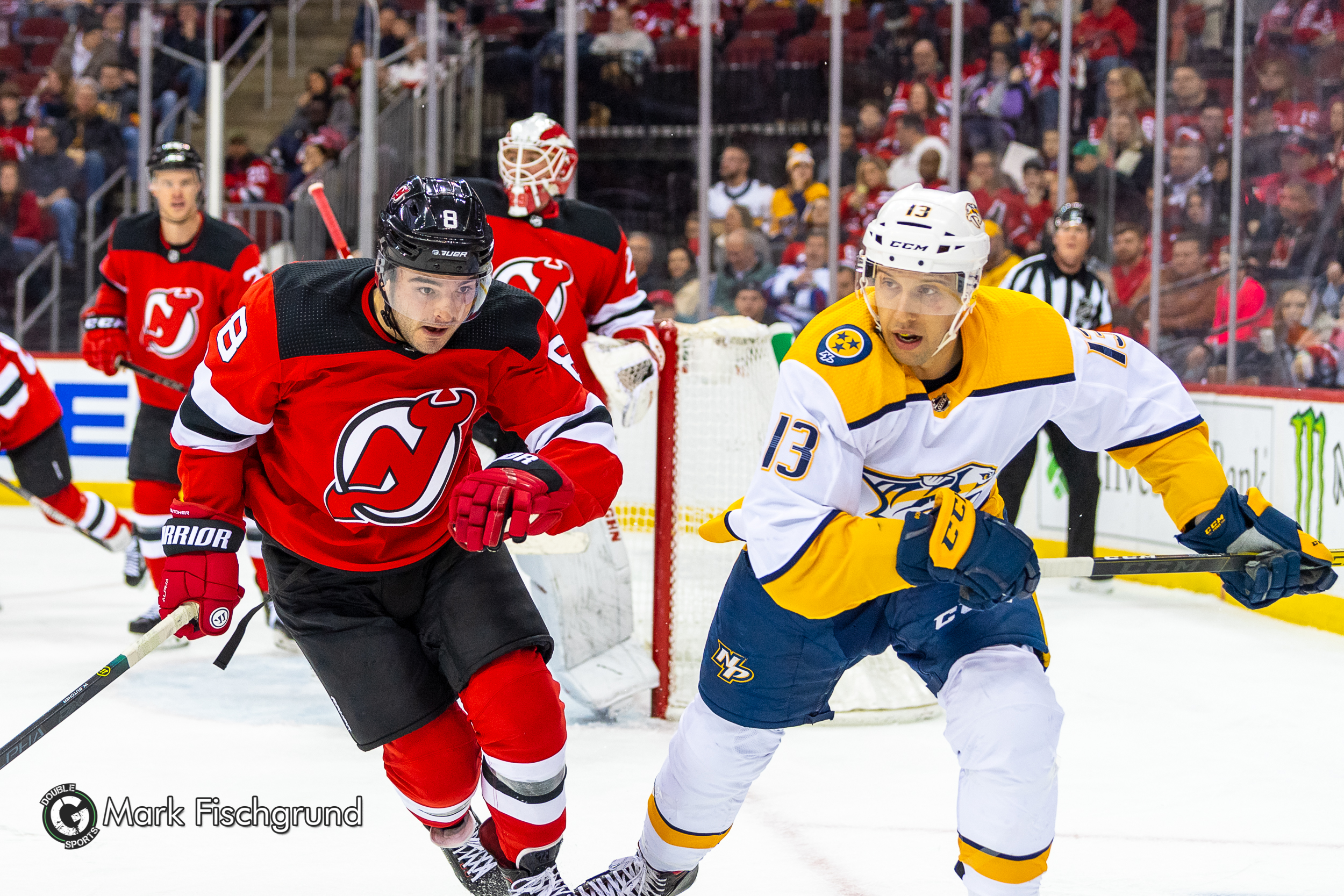 We knew as New Jersey Devils fans that coach John Hynes would eventually return to the Rock and command the bench, a role he had held for nearly 4 ½ years as Devils head coach, just the next time he would be on the opposite side.

After a start to the season that was surprisingly under par, the Devils fired Hynes in early December. January 7, just over a month later, he was hired by the Nashville Predators after head coach Peter Laviolette was relieved of his duties.

Thursday night, that day came. Coach Hynes was on the visitor’s bench running the show for his new group of guys. A quick glance to his right, he would catch the eye of Alain Nasreddine, Devils interim head coach and close friend. His mind could easily have wandered to the memories they created together behind the bench for the home team, his old team, and the first team under his belt where he held the title “NHL Head Coach”. But no trip down memory lane yesterday; just quick smiles and immediate focus on the game at hand.

After the benches were set and the starting lineups took the ice, the Devils game operations team delivered a heartfelt tribute to the helicopter crash victims from this past Sunday, most notably basketball legend Kobe Bryant and his young daughter Gianna, that ended with a 24-second moment of silence and a full Prudential Center “Kobe” chant. Goosebumps, and I am sure that I wasn’t the only one that felt them.

This is the second and final matchup of the 2019-20 campaign between New Jersey and Nashville. In a high-scoring affair at Bridgestone Arena in early December, the Devils fell 6-4 to the Predators. The scoring summary from tonight’s matchup was similarly deep. Between both clubs, eight different players saw the back of the net. There was a quick pace with a back and forth vibe all game long. Some quality goals, some ugly bounces. But hey, that’s hockey.

Pavel Zacha had himself a 3-point night with two goals and an assist, also almost had a hat trick as one rang loud off the post in the second.

“It’s my first time playing against a coach that coached me in the NHL,” Zacha reflected post-game. “It was just exciting. It’s a challenge every game but today was a bit special for our coaches too. You can see that because it was a really high pace game.”

Special teams in this contest was strong for the Devils, we saw two power play goals, a short-handed goal, and a strong 3 on 3 five-minute overtime period.

Nashville scored within the first minute of both the 1st and 3rd periods, immediately deflating the energy in the building like a pin to a balloon. Mackenzie Blackwood got the start in net on Thursday for the Devils, so post-game we got to chat about what happened there.

“I thought our team played well and did a good job, but just some bounces and unlucky pucks. Maybe I just have to be a little bit better on one or two of those and we win, but you know it’s hockey,” said Blackwood. “Honestly the goals that came within the first minute, one was a deflection and broke our guy’s stick and went into the other side of the net. So, it’s a tough break. The next one went off Andy’s leg. He was missing the net to the glove side and it went off his leg and beat me down low on the blocker side. I don’t really think there’s a recipe for it, I think it’s just unfortunate luck tonight.”

Captain Andy Greene post-game, “It’s a unique situation. Obviously we wanted to play hard and win for Nas and I’m sure they wanted to pay really hard and get the win for Hynesy too. I thought it was an emotional game. Everyone battled pretty hard. It was a fun atmosphere out there too.”

The Devils next matchup is Saturday night at the Prudential Center when they host the Dallas Stars. This time coach Hynes will not be manning either bench, but it will be a different type of emotional event. February 1 is Cup Night at the Rock where they will commemorate the 2000 Stanley Cup winning team! For fans, there will be a meet and greet with the players and every fan in attendance will receive a replica 2000 Stanley Cup Championship Ring! This is one not to miss, Devils fans!