The Mockery of A Sport: Paul vs. Askren

Jake Paul and Ben Askren are set to fight tonight, and as a fan of combat sports, I have to say that I’m disappointed. In general, money has ruined sports to the point where pro-basketball has become predictable and boring, pro-football has essentially turned into a competition to see who can make the most money at their position, and baseball has bought more championships than all the other leagues combined.

Boxing and Mixed Martial Arts, including all forms of wrestling, were the last sports that had the spirit of true competition. Now I know that’s just my opinion, but it wasn’t until very recently that this big money fights between people who have no business fighting really started. Obviously, we hardcore fight fans remember when James Toney made the mistake of standing in the octagon with Randy Couture, but we all knew how that would turn out which is exactly why stuff like that didn’t happen as often and wasn’t that popular.

Flash forward a few years, and tonight people are about to tune in and watch a YouTuber and a retired MMA fighter box. It’s a fairly large ticket; it’s gotten a lot of exposure and I wouldn’t be surprised if the fight generates $500 million in revenue. Now I’m not saying it will be anywhere near that amount over or under, but I’m just saying that when the dust settles, and it came out that the fight grossed that much I wouldn’t be shocked because the truth of all it is that this is 100% about money.

The Paul Brothers do one thing well and that makes money. No one can deny that which is exactly why they are fighting guys who are retired, fellow YouTubers, and basketball players because they know that if they get into the ring with real boxers they could, and probably would, get hurt. They both want to fight Mayweather because he is a revenue-generating machine and the only reason Mayweather agreed is that he knew he could make bank on the fight. Neither is going out there to really compete which is why it’s an exhibition match and thus, won’t count for anything.

Obviously, Floyd isn’t going to get careless and let Paul knock him out, so even if they are actually going in the ring to duke it out there’s no way Paul wins except financially. Same with the fight tonight. Jake Paul is going to fight a guy who is primarily a grappler and trained for mixed martial arts for his whole professional career– now that’s not to say that he can’t box, but boxing is a completely different sport. The technique and form are vastly different because you don’t have to worry about being taken down or grappling; you’re just throwing hands, and while that might sound easy enough, it’s not.

The truth is that this match-up wouldn’t be close in the octagon, but it’s in the boxing ring so Paul might have a chance. Again, not saying Askren can’t throw hands, but he wasn’t exactly known for his spectacular striking, and if Paul utilizes his jab effectively to keep Askren on the outside, he can set up some great counters when Askren tries to slip the jab to close the distance.

He might not knock Askren out, but he will definitely frustrate him and score a lot of points and potentially a few knockdowns. Even if Paul were to display great technique and win the fight it means next to nothing because Askren isn’t a boxer, and I don’t expect this fight to be spectacular. They’ll go out, put on a little show, and collect a big payday.

At the end of the day, I think these boxing matches do nothing but make a mockery of the sport. I know some will say that it puts more eyes on the sport, but that’s only if those looky-loos know who’s fighting. If no one knew who Jake Paul was this fight wouldn’t even be happening, and the only reason Askren took it is that he felt it was an easy payday– and he’s not wrong; I just think these “boxing” matches are nothing but people playing at boxing so they can get a big payday at the detriment of guys who spend their lives training for a chance to be where they are. 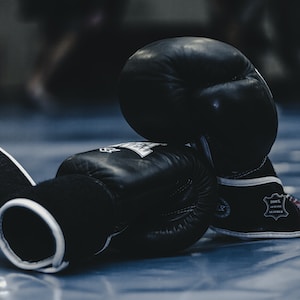 Photo by Bogdan Yukhymchuk on Unsplash

Poirier McGregor Trilogy Is a Hot Ticket but is the Donation Beef a Show?
Posting....