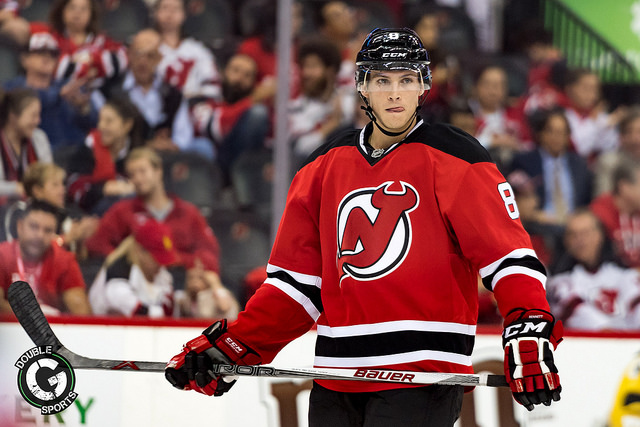 With the NHL Expansion Draft today, 30 players will now call Las Vegas their home as a member of the inaugural Knights roster.  There are a few players that are almost certain to go like Neal, Vatanen, and Fleury.  But many of the other 27 could be a toss-up dependent on if teams try to make offers to Vegas to keep their line-ups in place.

The New Jersey Devils are one of these teams.  While a lot of players are protected either because they fall under the first or second year player tab or they were placed on the protection list, there are a few that could make an impact if selected.  Keith Kinkaid, Dalton Prout, Scott Wedgewood, Devante Smith-Pelly, Michael Cammalleri, Beau Bennett, Jacob Josefson, Ben Lovejoy, Jon Merrill, and Stefan Noeson are all up for grabs.

From those, realistically, Wedgewood and Kinkaid are pretty much off the radar as the Marc-Andre Fleury and Michal Neuvirth are the logical choices for goalies.  I do think you will see Kinkaid move though through a trade.  While there is always a chance, I personally don’t believe that Cammalleri, Lovejoy, DSP, Prout, Josefson, or Noeson will be chosen either.  When factoring in the age of some these guys plus some poor production last season and coupled by injuries they are less attractive to an expansion team.

Bennett and Merrill would be my picks.  Bennett was a shocker to most when the protected list came out and his name was not included.  He is in his mid-20’s and has the potential to be a key offensive player.  He does have some issues with injury but he has the potential to be a key player when healthy.  Merrill on the other hand has a low salary and is a solid (not super-star) D-man.

What is for certain is that the Devils have a lot of picks in the upcoming NHL draft.  Whoever they lose can be replaced, kind of the beauty of being in a rebuilding phase during an expansion draft.