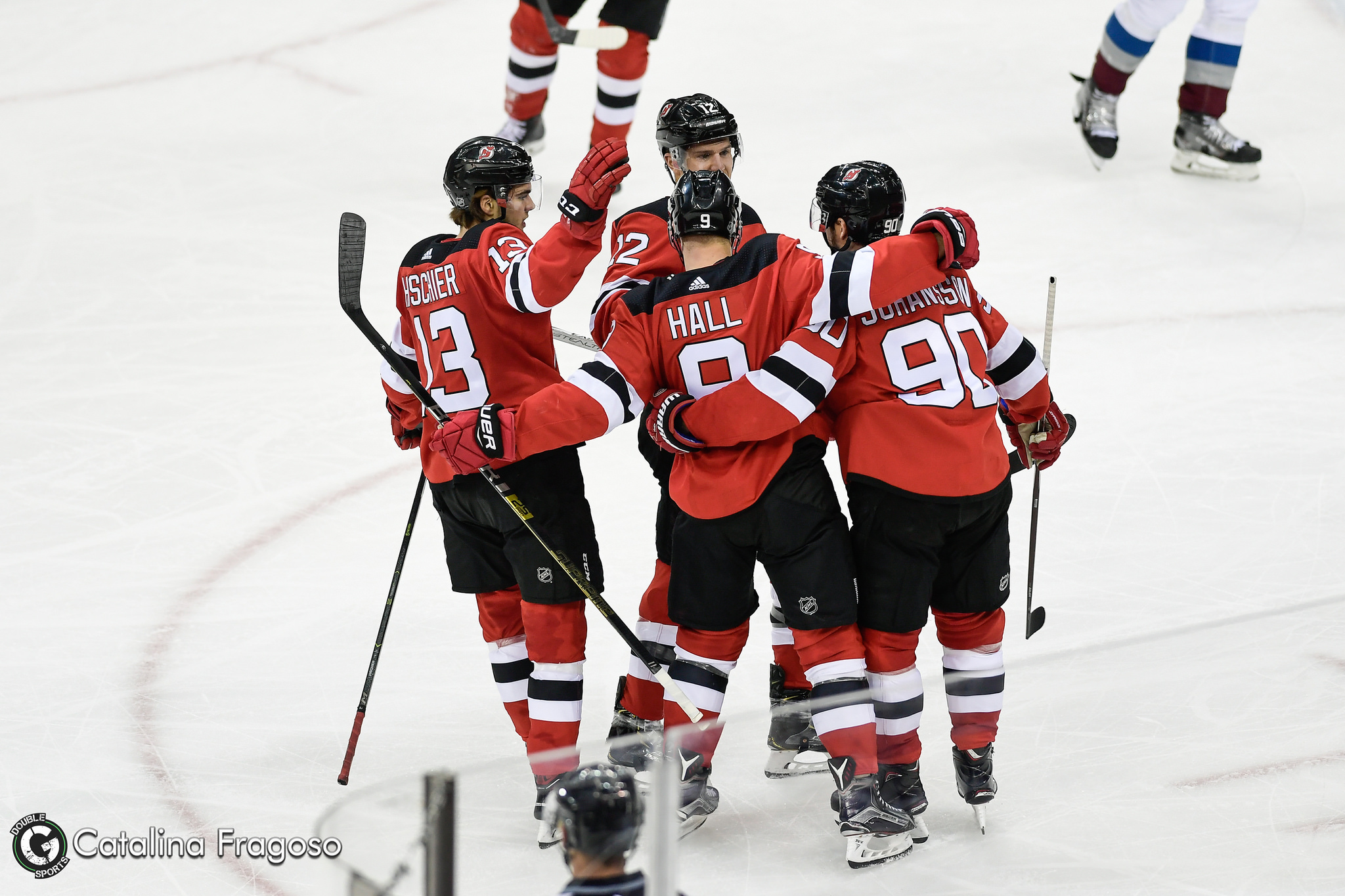 The New Jersey Devils have been playing a more solid game as of late.  However, they have only netted one of a possible four points from their last two games.  On Wednesday night, the Devils faced off against the Montreal Canadiens. Both teams were looking for a win, with the Habs losing in overtime to the Capitals on Monday and Devils losing the Hurricanes on Sunday.  Could the Devils get a few shots past Carey Price? Could their hard work start to pay off? Yes, yes they could.

A test of wills was the tale of the first period.  For the most part, the Devils and Habs seemed even on the ice.  Keith Kinkaid was back in goal and Nico Hischier returned to the ice on the top line.  The third line of Blake Coleman, Travis Zajac, and Joey Anderson took to the ice first.  While it seemed like clearing the puck was a problem early for the Devils it didn’t allow for too many shots on goal.

At 6:26 it was time for scoring, both teams scored with 24 seconds of each other.  First was Kyle Palmieri who directed a wicked shot from Andy Greene passed Price. At 6:50 the Habs answered with a goal by Jonathan Drouin. With just over 3 minutes left in the period, Hischier scored on a falling Price who looked to be tripped up by one of the Habs. A little bit of chippiness ended the first.

With the Devils up 2-1 going into the second, protecting the lead was paramount.  The often criticized Pavel Zacha took that to task. He scored not once but twice in the second.  This production has been what Devils faithful have been looking for from the young forward. Taylor Hall also got in on the scoring in the second.  However, the Devils did take a penalty for too many men on the ice early in the second that could have proven costly had it not been for Kinkaid and the strong PK from the team.  The “CAREY” chant filled the Rock several times taunting the Canadiens goalie.

The Devils dug their heels in to keep their 4 goal lead.  They just seemed to want it more. Price stayed in goal for the Habs which signaled their content with the very possible loss.  Montreal seemed deflated in third with few bursts of energy. At 10:52, Max Domi scored the last goal of the game off a shot that caused an NBA lateral jump from Andrew Shaw as the puck sailed under him.  With the 5-2 victory, the Devils stand 6 points behind the division-leading Columbus Blue Jackets.

Marcus Johansson was a key player in Wednesday’s game.  He seems to be finding a nice groove and is a key component to the Devils offense.  Zacha is starting to come into his own. He showed a lot of confidence on the ice against the Habs.  If he can keep building on that confidence he will be the player everyone expects him to be. The Devils do need to find ways to win face-offs.  They lost 60 percent of them to the Habs and are currently ranked 29th in the league. Zajac is the only Devils player to be ranked in the top 50 of face-off winners in the league at 27, Hischier is ranked 99th.

Friday is a big game for several reasons.  First, the Devils face their Metropolitan Division and Cross River Rivals the New York Islanders.  The Islanders are two points ahead of the Devils and are going to be coming off an embarrassing 5-0 loss to the New York Rangers.  It is also the Devils, “Hockey Fights Cancer Night.” While Hockey Fights Cancer is an important night for each team, for the Devils it is especially significant because of  Brian Boyle. The Devils center announced earlier this season that he was officially cancer free after a battle with chronic myeloid leukemia.  Puck drops at 4pm on Friday at the Rock.

5 Minute Major – Season 2, Episode 10 – My Experience at Anders Lee’s Jam Kancer in the Kan event
The Islanders need to learn how to finish teams
Posting....