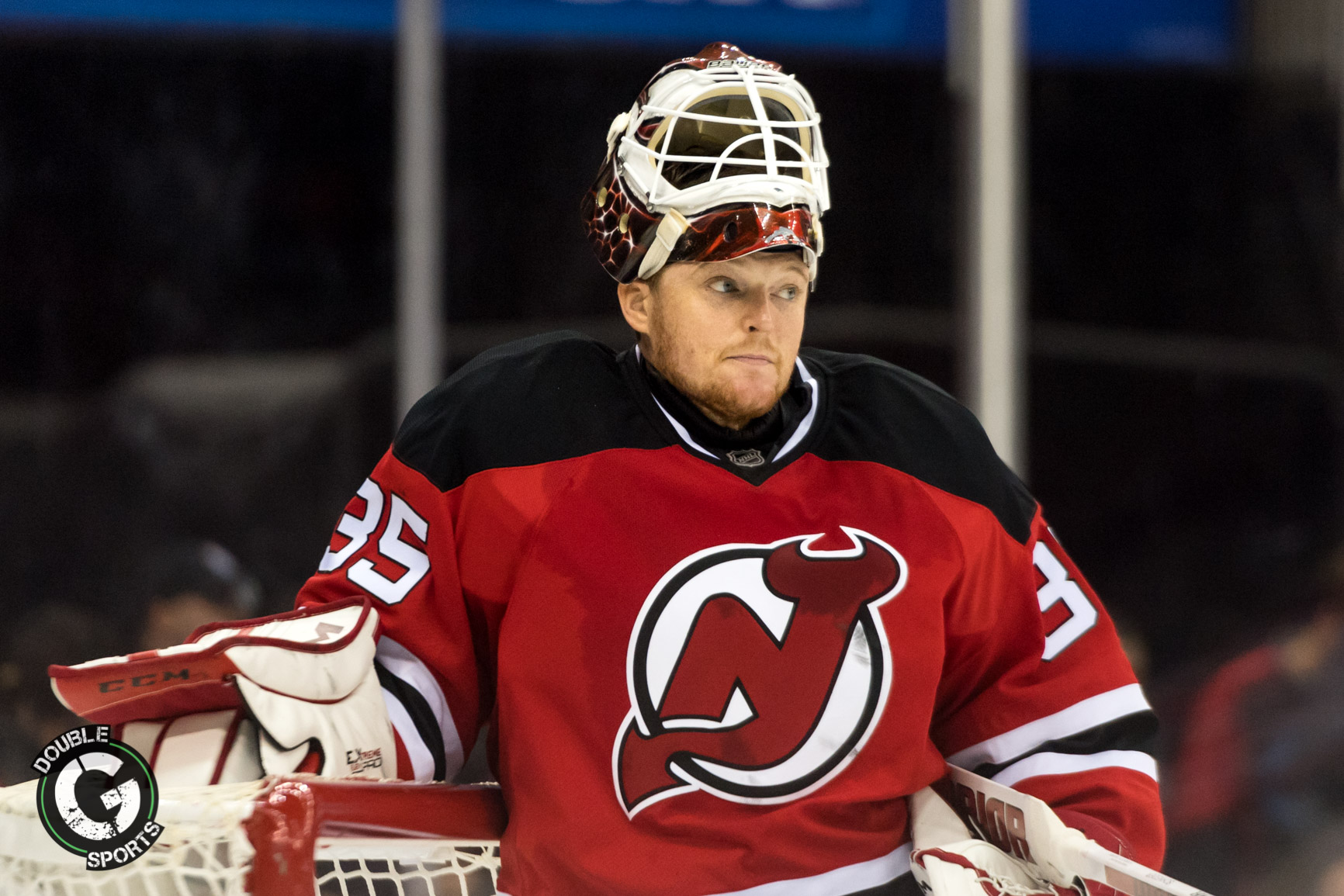 Do the New Jersey Devils Have a Goaltending Problem?

As they continue to build toward becoming perennial playoff contenders, the New Jersey Devils will soon have to find a legitimate number one option at the game’s most important position.

With the snow and winter weather starting to kick in, it’s hard to believe that we are nearly a quarter through the 2018-2019 National Hockey League season. And so far, the New Jersey Devils season has been a roller coaster, to say the least. After starting the season 4-0-0, the Devils went 2-8-1 in their next 11 games. However, with wins over the Pittsburgh Penguins and Philadelphia Flyers, the Devils seem to have gotten back on track. In spite of this, the Devils still have just 17 points on the season, seventh in the Metropolitan Division. This start of the season has told us that, while the Devils are a solid team, they’re still pieces away from being true playoff contenders. And one of these pieces may be goaltending.

Let’s start off with something that some Devils fans might not want to hear, but need to hear. Cory Schneider is not the vezina contender or top tier goaltender that he used to be. In 104 games played since the 2015-2016 season, Schneider has posted a goals against average of 2.92, a save percentage of .906, and just three shutouts. In four games so far this season, his goals against average is 4.82 and his save percentage is .849. Furthermore, when watching him play, he’s simply not as agile has he used to be.

Is it all Cory Schneider’s fault? Absolutely not, as the Devils have not played good defense in front of him, nor have they given him enough goal support. However, when you’re a goaltender with a $6 million cap hit in a hard cap sport, you have to be able to make the big saves to bail your team out and stop the bleeding a bit at the very least. Down the stretch last year and so far this year, Cory has failed to do that. In fact, more often than not, he’s gotten lit up, which completely takes the Devils out of the game.

In defense of Cory Schneider, he spent much of last season dealing with a hip injury. Over the offseason, he had surgery for his injuries, and missed the first couple of games of the season. So there is the possibility that that could be the reason for Schneider’s decline in play. Therefore, it’s possible for Schneider to bounce back and become at least a solid goalie again once he’s fully healthy. However, I think it’s safe to say that Cory Schneider’s days of being an elite goaltender in the NHL are over and done with.

Now that we’ve covered Cory Schneider, let’s cover the man that has all but taken the job as the Devils starting goaltender. I’m of course, talking about Keith Kinkaid, who served as New Jersey’s backup goaltender for his first couple of seasons. Ever since last season, however, the 29-year old has broken out into the Devils best goaltending option, at least currently. Ever since Feb. 15, 2018, Kinkaid has a record of 24-8-1, a .924 save percentage, a 2.44 goals against average, and four shutouts. Plus, the Devils play a lot better in front of him. With Schneider out dealing with injury, Kinkaid was definitely the spark plug the Devils needed on their road to making the Stanley Cup Playoffs for the first time since 2012.

However, this is where we have to ask. While Kinkaid has definitely proven himself to be the Devils starting goaltender right now, can he be trusted to keep this up? I, for one, am not completely sold on him just yet. In the two games he played in the playoffs against the Tampa Bay Lighting, Kinkaid was awful, giving up nine goals on 46 shots. He did not give him team a chance in those games. Furthermore, Kinkaid has a similar problem that Schneider has. When the Devils play well in front of him, Kinkaid will make big time saves to bail his team out when necessary. However, when the Devils don’t play well, Kinkaid will go down with the ship and fail to stop the bleeding just like Schneider.

Remember, before 2018, everyone recognized Kinkaid as a high-tier backup goaltender, and not a full-time starting goaltender. One of Kinkaid’s biggest problems over the years is him being unable to remain consistent when he’s in the starters role. Meaning there is the possibility that what we’re seeing from Kinkaid now is just a mirage. Eventually, his flaws will get exposed just like they did in the playoffs. While Kinkaid has definitely been impressive of late, none of us should declare him the future starting goalie of the Devils, at least not yet.

So What’s the Plan at Goaltender?

So basically, what we’ve learned from this discussion is that neither Cory Schneider or Keith Kinkaid have proven themselves to be the goaltender that can help the New Jersey Devils one day win their fourth Stanley Cup. And when you have question marks surrounding the most important position in the sport, it is a big problem. So what’s the solution?

The Devils have three options here. The first is to stick with both Schenider and Kinkaid for the near future and hope that one of them proves to be the guy. Hey, maybe Schneider eventually figures it out and returns to form. Or maybe Kinkaid does show more consistency. All the Devils need is for one of those two things to happen. The second is aquiring a goaltender via free agency or trade. Columbus Blue Jackets goaltender and two-time Vezina Trophy winner Sergei Bobrovsky is a free agent at seasons end, so that’s defiantly an interesting option. The third is drafting a goaltender in one of the upcoming drafts. Spencer Knight of the U.S. National team is projected to be a first round pick in the 2019 NHL Draft. If Devils are in position to draft him, they have to consider doing just that.

Regardless, the New Jersey Devils don’t have a clear number one option at the goaltender position currently. Nor do they seem to have a future plan at the position going forward. If Jersey’s team wants to hoist Lord Stanley for the fourth time, that has to change.