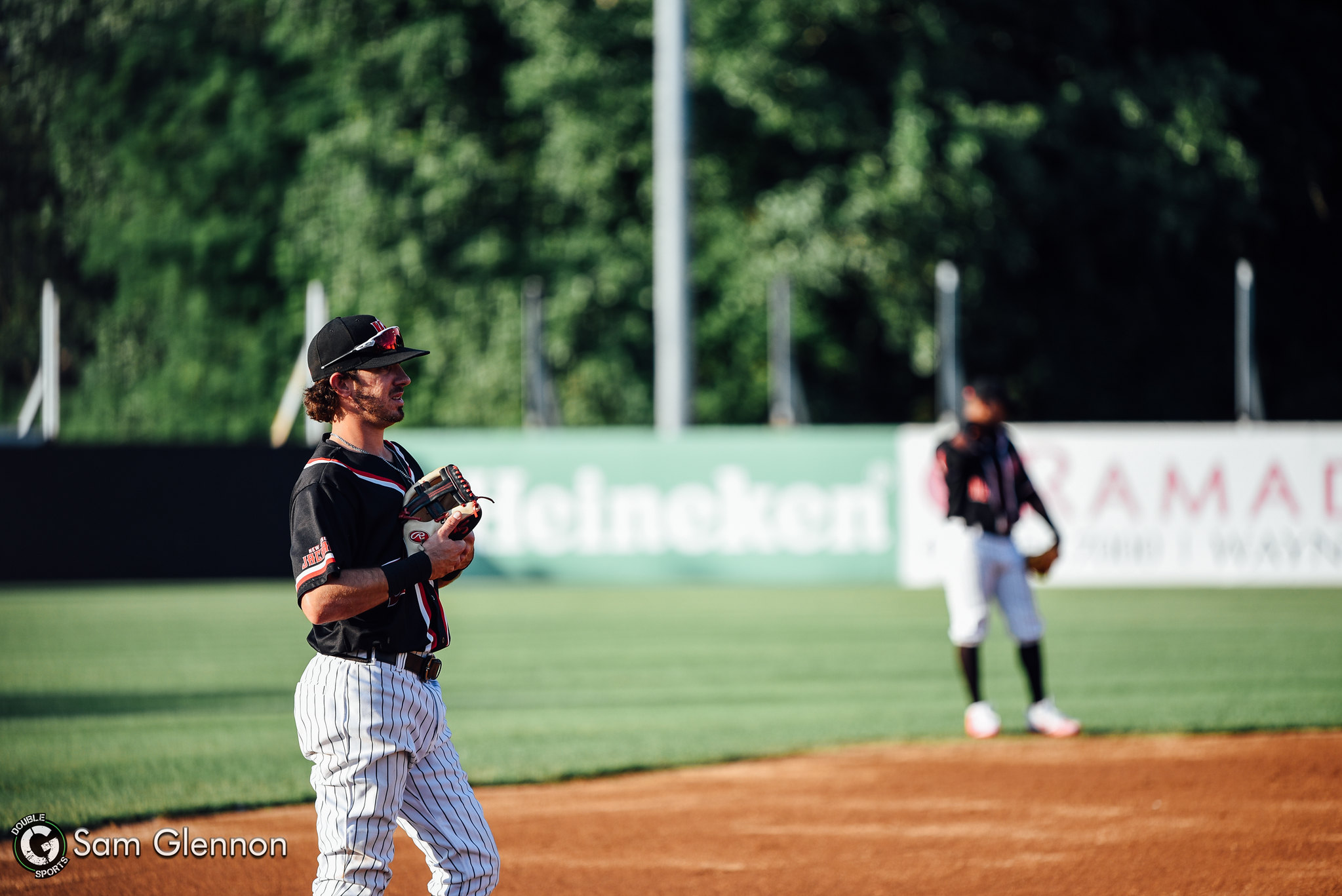 After their five game winning streak, the New Jersey Jackals have hit a bit of a rough stretch, as they lose their third straight series to the Rockland Boulders.

After winning or splitting their first four series’s of the season, the New Jersey Jackals have hit a bit of a rough patch. New Jersey ended up losing a three game series to the Rockland Boulders, winning just one game of the three game set. Since their five game winning streak, the Jackals have lost three straight series’s, and have gone 2-8 in that span.

New Jersey came out swinging right out of the gates in the first game on June 7. Conrad Gregor would draw a walk to load the bases. Jay Gonzalez would score from third on a double play ball right before Richard Stock would drive in Santiago Chirino with a one run single, giving New Jersey the 2-0 lead in the top of the first.

In the end, the Jackals were able to come away with the victory thanks to a great game by Conrad Gregor. He would go 1-for-2 on the day with two RBIs. He drove in his first run with a sacrifice fly in the fifth inning to give New Jersey the 3-1 lead. Then in the bottom of the seventh, he hit a solo home run to right, his third home run of the season, that would end up being the dagger and giving the Jackals the 5-3 win.

“Huge. Huge,” Conrad Gregor said describing the Jackals hard-fought victory. “It was a tough, learning experience type of road trip for us up in Trois Rivieres. Says a lot about this team to turn around and do what we did tonight on all facets of the game. Pitching set the tone. It was really good to see JB there, go out and throw six innings of really dominant baseball. We got timely hitting up and down the lineup. We really had quality at bats. It was really good to see. We battled with two strikes. Bullpen put the nail in the coffin.”

Unfortunately for the Jackals, that would end up being the only game of the series they would end up winning. Although in the second game on June 8, they would have the lead for the majority of the contest. This was thanks to a big fourth inning in which the Jackals scored three runs. Two came off the bat of Richard Stock, who doubled to drive in two runs. Jason Agresti would then drive in Stock with a single, giving the Jackals the 3-1 lead.

However, the Boulders would ultimately end up mounting a comeback. In the seventh inning, they would end up scoring four runs to take the lead. Blake Grant-Parks would drive in the first two with a single. The big blow came off the bat of Richie Fecteau, a two run home run that gave the Boulders the lead for good, as they would go on to win the game 7-4. Jackals reliever David Richardson had a rough outing out of the bullpen, giving up six runs, four earned, in three innings of work.

In the rubber game on June 9, the Boulders would pick up right where they left off the day before, scoring five runs in the first five innings. Jackals starting pitcher Anthony Fernandez had a rough game, allowing five earned runs in five innings of work. It was his third start this season where he allowed five or more runs.

Despite the deficit, the Jackals rallied in later innings to try and mount a comeback. Jay Gonzalez drove in a run with a single in the seventh, while Alfredo Marte would hit a solo home run in the eighth to reduce the Boulders lead to 5-4. However, that’s as close as it would get, as that would end up being the final score, giving the Boulders the win in the game and in the series.

The New Jersey Jackals record falls to an even 11-11 after this series, which is currently fourth in the Can-Am league standings. New Jersey will begin a two game series at home against the first place Sussex County Miners on Wednesday, June 12.