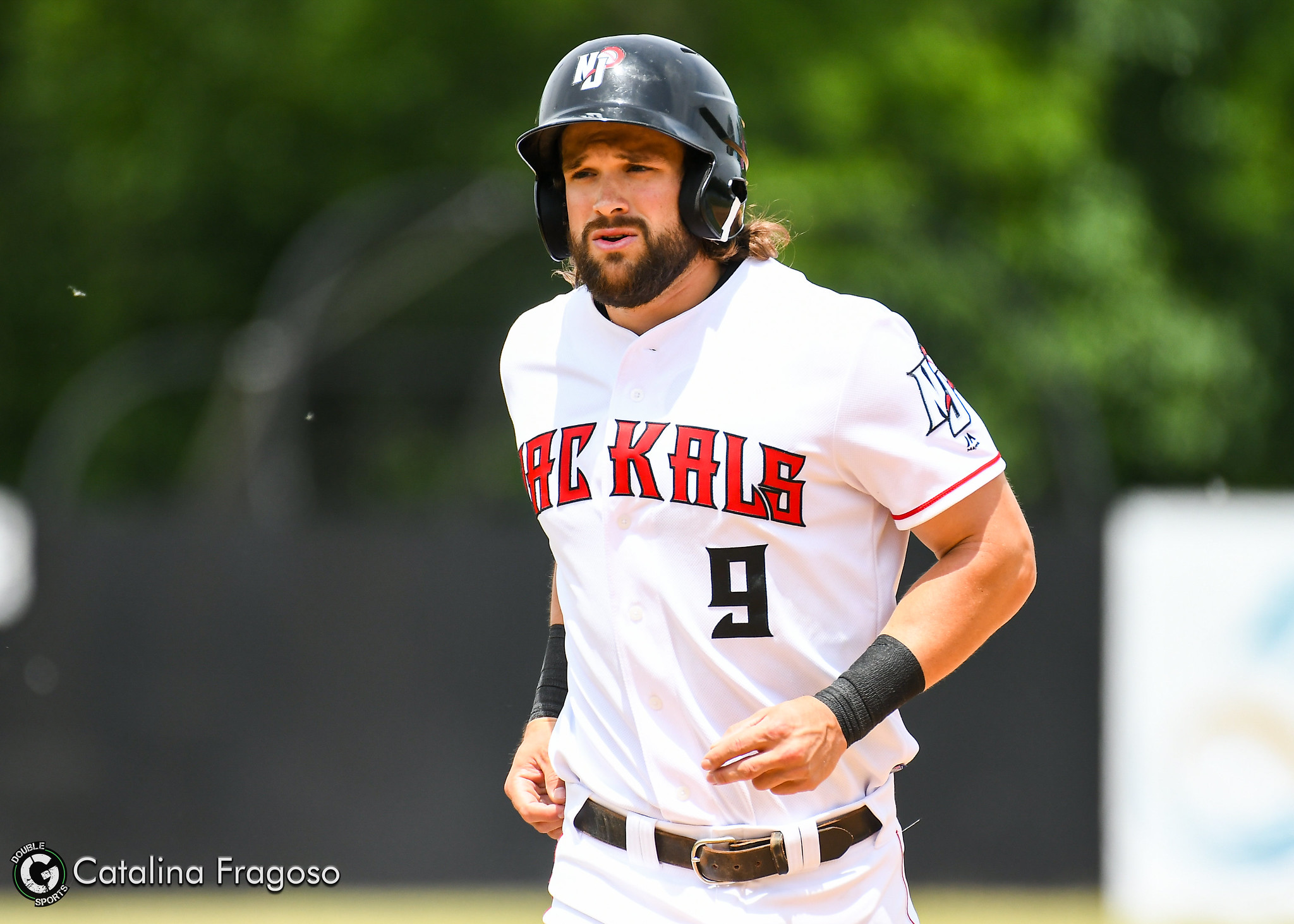 The New Jersey Jackals had six of their players named to the All-Star game between the Can-Am League and the Frontier League.

“It’s great. It’s great,” Conrad Gregor said about him and five of his Jackals teammates being named All-Stars. “It’s always good when you see that a lot of your teammates are here. And that’s usually a telltale sign of a good team, not an individual. It really takes a good team to win this whole thing. And I think us, New Jersey, we definitely have that. We’ve got depth on the pitching mound. And really now in the second half, it’s going to come down to who plays the best baseball on the three levels, pitching, hitting, and defense that’s going to take this championship.”

Conrad Gregor was in fact one of the six Jackals All-Stars. So far on the season, Gregor has an excellent stat line of .321 AVG, .448 OBP, .488 SLG, with four home runs and 31 RBI. He currently leads the Can-Am League in base on balls with 39 and his OBP is the best in the league among the six teams as well. Last but not least, he’s second in the league in stolen bases with 18. In the All-Star game, he went 1-for-4 with a single in the seventh inning.

“It’s fun. It’s fun,” Conrad Gregor said on the experience of being on the All-Star team. “It’s something I’m definitely going to tell my kids about. And down the line remember just take it all in. Being able to hit the ball. Being able to be out there with the guys, lot of great players, and enjoy it. From the luncheons to the fireworks to the Home Run Derby. It was all in all just a great two days and I loved it.”

The second All-Star from the Jackals was outfielder Alfredo Marte. Marte has been one of the big forces to be reckoned with in the Jackals lineup. He has a stat line of .328 AVG, .397 OBP, and .599 SLG. His slugging percentage is the best in the league among all six teams. Most of all, he has hit 10 home runs and drove in 46 RBI are the most in the league. Unfortunately, Marte struggled in the All-Star game, going 0-for-3 with a strikeout.

Third on the list of Jackals All-Stars is outfielder Jay Gonzalez. Gonzalez has been the go-to leadoff batter for New Jersey and he’s thrived in that role. He has a batting average of .335, fourth in the league among players with at least 177 plate appearances and a .411 on-base percentage, fifth in the league under the same criteria. Gonzalez has missed the Jackals last several games dealing with injury. However, he did bat leadoff in the All-Star game for one at bat in the bottom of the first. He ended up striking out on that lone at-bat.

The fourth and final position player among the Jackals All-Stars is catcher Richard Stock. Stock has provided some much needed offense for New Jersey from such an important position. He’s tied for third in the league with six home runs and is second in the league with 40 RBI. He’s also slugging .515 on the season, fourth in the league among players with at least 144 plate appearances. Stock did not play in the All-Star game, however, as he had been dealing with injury up to that point.

“I had a great time at the All-Star game and Home Run Derby,” said Richard Stock. “It was my first time being an All-Star so that was really cool. Always wanted to be one. Great experience.”

Two Jackals pitchers were named to the Can-Am League All-Star team. The first was starting pitcher Eduard Reyes. Reyes has been New Jersey’s best and most consistent starter all season long. His 2.97 ERA is not only the best among Jackals starters, but fourth best among all Can-Am League starters. He’s also first on the team and sixth in league in strikeouts with 54. Reyes came into the All-Star game to pitch the top of the third run. Unfortunately, it was not his night, as he gave up four earned runs in the inning. Furthermore, he was charged with the loss in the Can-Am League’s 7-0 loss to the Frontier League in the All-Star game.

The sixth and final New Jersey Jackal to be named an All-Star was relief pitcher Dylan Brammer. Brammer has been by far and away New Jersey’s most dominant pitcher out of the bullpen. In 17 games out of the bullpen this year, he’s pitched 23.2 innings to a 0.38 ERA. He has four saves on the year as well as 28 strikeouts to 13 walks and 14 hits. Brammer pitched one inning in the All-Star game allowing no runs and striking out two batters.

With the All-Star break wrapped up, the New Jersey Jackals will begin the second half of the season in prime position to make a run for a playoff spot. They currently stand with a record of 26-21 on the season, good enough for third place in the Can-Am League standings.