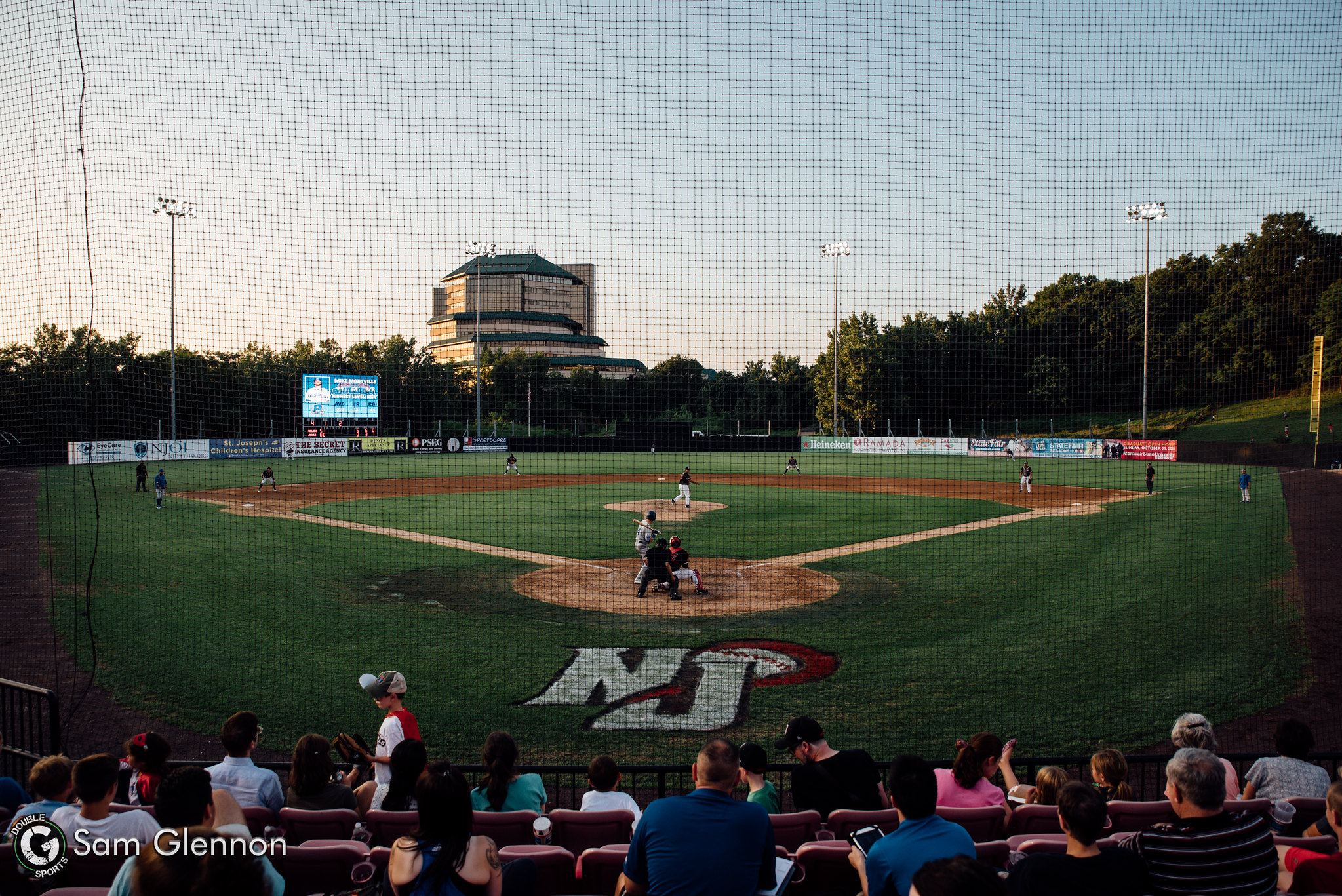 The New Jersey Jackals split what was supposed to be a three game series with the Quebec Capitales that Mother Nature rained on.

After sweeping the Trois-Rivieres Aiegles in their first home series of the season, the New Jersey Jackals would look to continue their hot play at Yogi Berra Stadium when they welcomed in the Quebec Capitales for what was scheduled to be a three game series. However, mother nature had other ideas, as the first game was forced to be called early and the third and final game would end up being postponed due to adverse weather conditions. Despite this, the Jackals were able to split the shortened series with the Capitales.

Quebec would get off to an early lead in the first game of the series on May 28. In fact, they would do so in the first two at bats. Kody Ruedisili started the game off with a leadoff single, then passed the baton to Joe Lytle. Lytle would drive a double to right field that would allow Ruedisili to score from first. Later in the inning, JD Williams would end up scoring from third bace on a fielders choice to give the Capitales a 2-0 lead.

In later innings, the Jackals would begin to mount a comeback to eventually take the lead. In the bottom of the first inning, Conrad Gregor would hit a double with two outs for his teams first hit of the ballgame. Then, Alfredo Marte singled to center to drive in Gregor for the Jackals first run.

The Jackals would end up taking the lead for good in the third inning when Jay Gonzalez came to the plate. Gonzalez would hit a line drive over the head of Capitales left fielder Andrew Godbold’s head. Gonzalez would then leg it out and slide into first base just in time for the leadoff triple. Santiago Corino would come to the plate and drive in Gonzalez with a single to right to tie the game up. Richard Stock would then drive in Corino with a single to right himself to give the Jackals the 3-2 lead.

The game would head to the to top of the sixth inning when it would begin to rain. Then with two outs in the inning, lightning and thunder arrived at Yogi Berra Stadium, and the game was immediately sent into a rain delay. Ultimately, the rest of the game would end up being called due to the weather conditions. Since the game lasted more than five innings, it was declared an official game under Can-Am League rules and the Jackals ended up winning by the final score of 3-2, extending their winning streak to five straight games.

The second game of the series on May 29 was very close as well throughout the majority of the contest. In fact, it was a pitchers duel between Jackals starter Eduard Reyes and Capitales starter Matt Marsh. Reyes pitched six innings allowing just one earned run and striking out eight. Marsh, on the other hand, pitched six innings of shutout baseball while striking out six.

Reyes’s one earned run would come in the top of the sixth inning. Joe Lytle would hit a ball to deep left field for a double. JD Williams would then hit a fly ball that gets down for a single that would end up scoring Lytle from second, giving the Capitales the 1-0 lead.

A big theme of this game was New Jersey being unable to capitalize on their scoring opportunities. In the bottom of the fourth, Santiago Chirino would get the Jackals going with a leadoff single. The Jackals would then proceed to go down in order to end the inning. In the bottom of the fifth, Andrew Dundon would walk, steal second, then advance to third on a throwing error. However, a strikeout and a lineout would ultimately let the opportunity go to waste. In the bottom of the seventh inning however, the Jackals would finally get on the board. Richard Stock would continue his hot start to the season by hitting a solo home run to right field to tie the game up at 1-1.

Despite the Jackals efforts to get back into the ballgame, Quebec would ultimately put it away in the top of the eighth. TJ White got it started with a leadoff triple, allowing JD Williams to drive him in with a triple. Ryan Kinery would then ultimately deliver the dagger with a two run home run to give the Capitales a 4-1 lead. Alfredo Marte would deliever a solo home run in the bottom of the ninth, but it wouldn’t be enough to stage a comeback as the Jackals would lose the second and final game of the series 4-2, snapping the five game win streak they had at that point.

“Yeah we were cruising,” said Richard Stock. “Reyes went out there and he pitched a great game and we couldn’t put any runs up behind him and that’s always a terrible feeling. So just get back out there tomorrow and score some runs.”