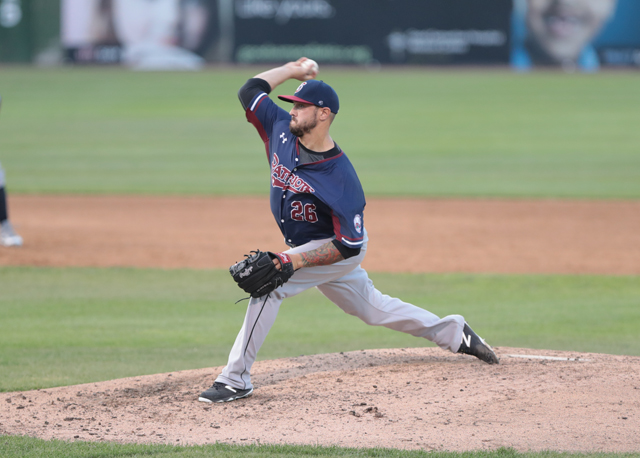 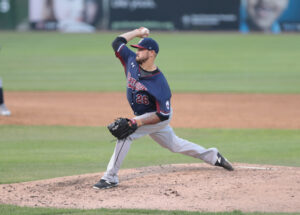 The Ducks plated two first inning runs to capture a 2-0 lead. Dan Lyons clubbed an RBI sacrifice fly while another run crossed home via a Will Oliver wild pitch.

Somerset would score three subsequent runs all with two outs. In the third inning Eric Farris blooped an RBI single, while another run scampered home via a John Brownell wild pitch. David Vidal would break the 2-2 tie in the fifth inning with a sharp RBI single.

“I think it’s important for us to get a couple of big two-out hits per game,” said Mycal Jones who finished 3-for-5 with two runs scored and a stolen base. “Those can change the momentum of a game and give our pitchers confidence.”

In the bottom of the seventh inning the Ducks scored three times to take a 5-3 lead. They would improve to 36-1 when leading after seven innings. Mike Minicozzi slugged a solo home run (3) and Mike Dowd socked a two-run home run (2).

Lyons would add another RBI sacrifice fly in the eighth inning as the Ducks would double up the Patriots by a final score of 6-3.

Brownell (7-3) earned the win, hurling seven innings of three run baseball. Jeremy McBryde (6-4) sustained the loss, yielding three runs in one inning of work. Todd Coffey notched his 14th save of the year after tossing an impressive final frame.

The 2016 Somerset Patriots season presented by Ford continues on the road until the team returns to TD Bank Ballpark for a 7:05 p.m. game against the Sugar Land Skeeters on Tuesday, July 19th. For tickets, call 908-252-0700 or visit www.somersetpatriots.com. Download our Mobile App for free in the Apple or Android App store.