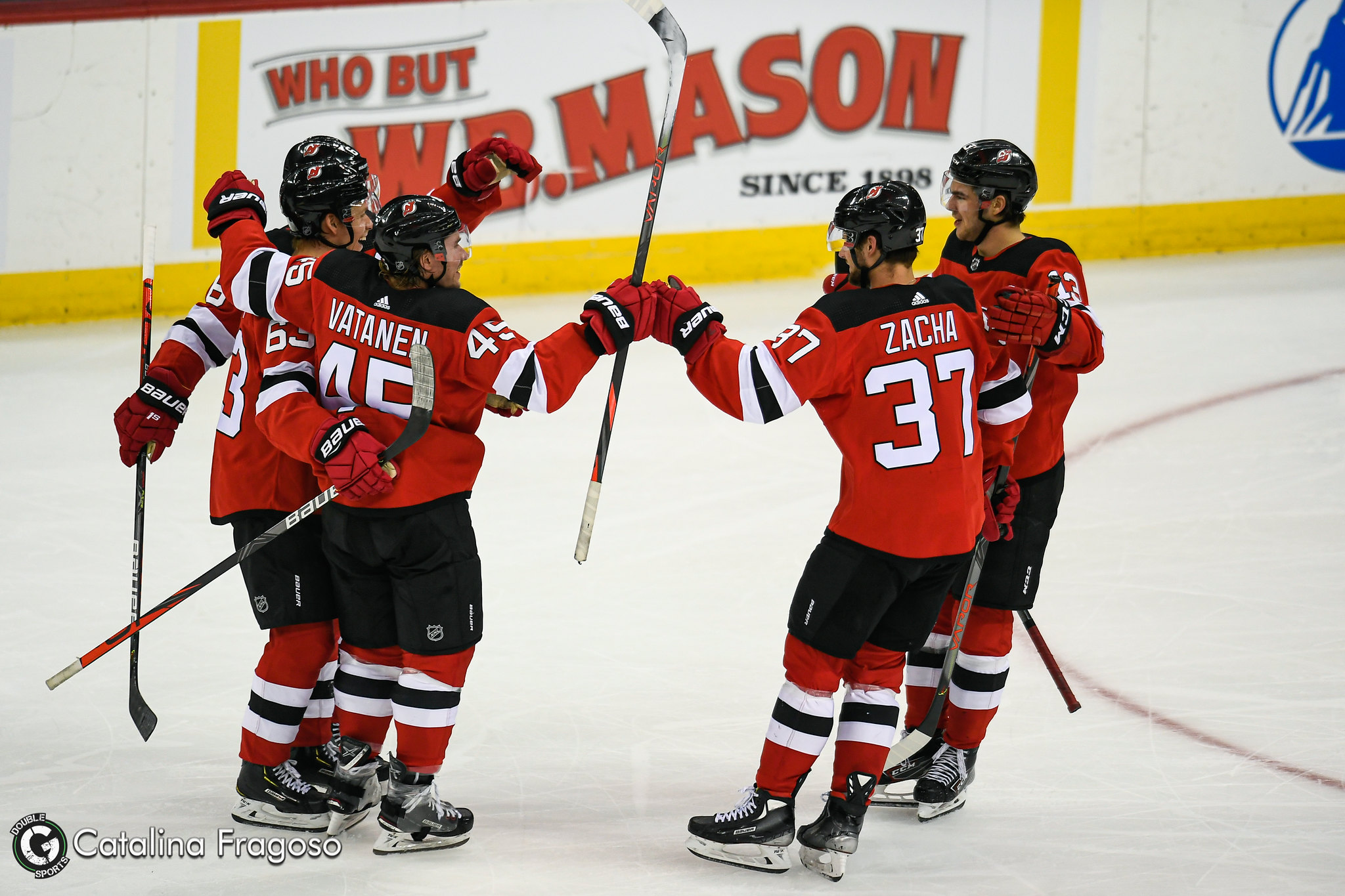 With Taylor Hall traded to the Arizona Coyotes earlier this week, the New Jersey Devils no longer have the uncertainty of his future with the organization looming over their every move. It was something that has been thought of and talked about since the start of the 2019-20 campaign, and now it is done. With a new interim head coach in Alain Nasreddine and more space for the youngsters to shine, they can focus on what really needs to get done – win games.

The Devils hosted the Anaheim Ducks on Wednesday, December 18 at the Prudential Center, and when I walked through the door it felt like a new, fresh arena. Things just felt different; a good different.

I keep coming back to the word “opportunity” when I think about this team. Since the big trade, the media personalities have been optimistic about the space now available on the ice for the young guns on the team; Jack Hughes, Nico Hischier, Jesper Bratt, and more. GM Ray Shero and coach Nasreddine need a player to step up and be a top line, power play force. Since, Bratt has slid into the vacant spot for now, and the Devils have been 2-0. Captain Andy Greene, radio analyst Matt Loughlin, and Devils legend Ken Daneyko also confirmed the need for the younger guys to raise their game and take advantage of this opportunity.

At 3:33 of the first period I felt the energy at the Rock deflate. Adam Henrique, former Devil from 2010-2018, got a quick one past Mackenzie Blackwood to put the Ducks up 1-0. He’s now only 5 points away from 100 with the Ducks (he had 257 points in 455 games played with the Devils). I heard some cheers from Henrique fans that were scattered around in the crowd, which didn’t surprise me. The 20 minutes felt flat and sloppy, from both teams.

The remaining 40 minutes of play were different. With spurts of sharp stick-handling and puck movement the Devils scored three unanswered tallies to win their first game at home since before Thanksgiving on November 23rd.

Hischier, who played an aggressive, fast, top line game, scored at just 1:28 into the second to start the comeback. “We’re a team that has a lot of speed, we’re probably not the strongest down low in the corner, but if we use our speed we can put the other teams under a lot of pressure. That’s what we have to do every night.” He also added that they are playing with a more confident mindset, which was apparent in the fact that the Devils did not crumble in the third period to erase their lead, which has happened several times this season.

Some would call this game the “revenge game” as the final two goals came from Kyle Palmieri and Sami Vatanen, and both have previously suited up for lengthy periods with the Ducks. “It’s always enjoyable to play familiar faces, there’s been some changes on that roster! It’s always a little better when you get the win,” Palmieri mentioned to the media post-game. Was this motivation?!

Whatever motivation can be found in each day will lead to the success of the Devils taking things day by day like they plan to. Nasreddine has been adamant about not looking into the future by tackling each task as it comes. Without Hart Trophy winner Taylor Hall in the line-up, the Devils have played their best hockey of the season.

Will this trend continue?

5 Minute Major – Season 3, Episode 9 – What a week in the NHL (Audio)
Devils outmatched by Ovi, Backstrom in 6-3 loss to Caps