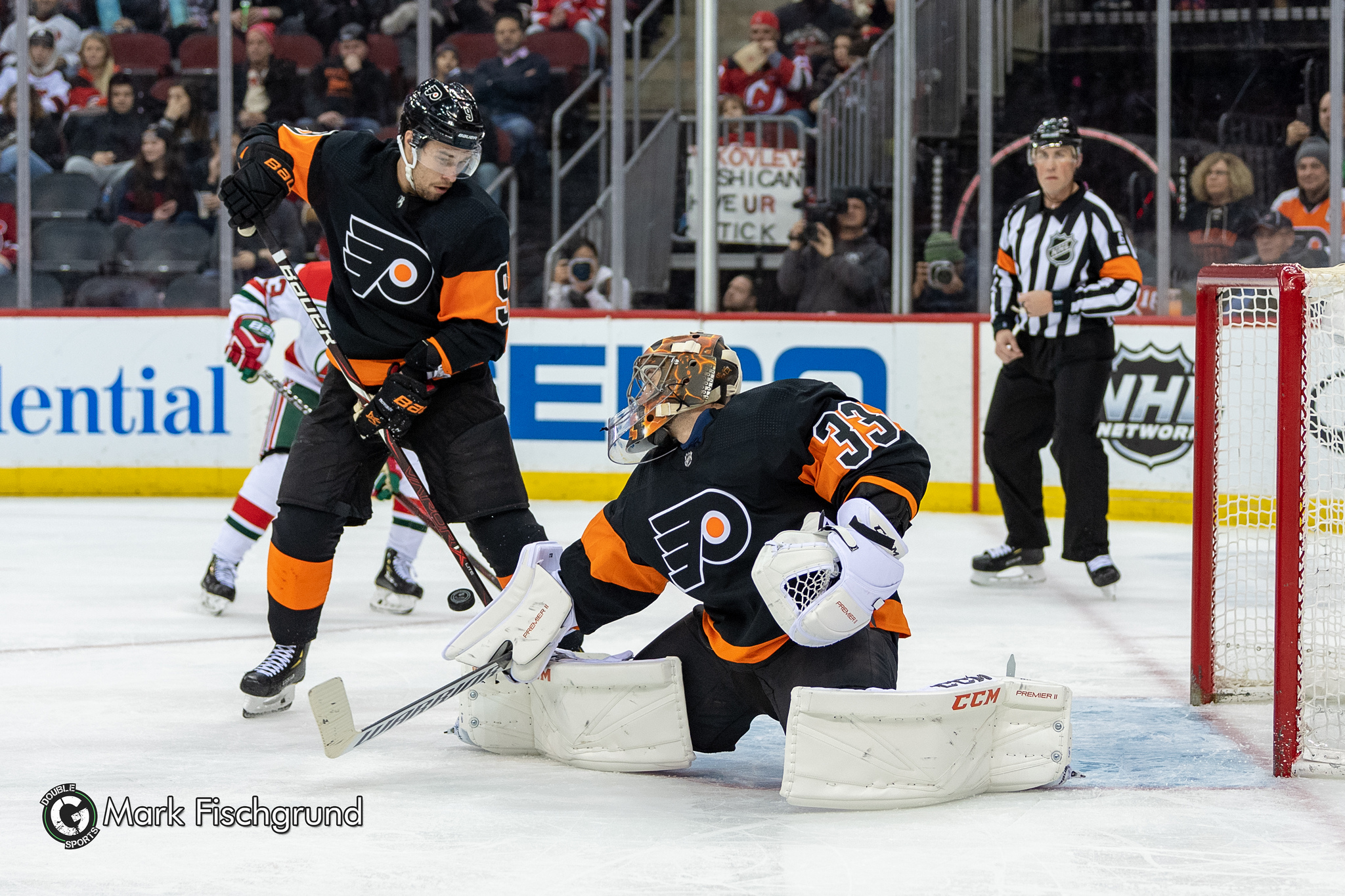 The Story of Talbot and the Record Setting Flyers

As Talbot took the ice Friday night, in Newark, for his first start since the trade, it marked a moment in history.

The Flyers have officially started more goalies in one season than any other team.

Despite this, the team did nothing to help the newcomer during the first period against the New Jersey Devils.

The Flyers started off slow, looking lost, as they scrambled to keep the puck from the Devils. There seems to be no answer in sight for the Flyers.

Just like all things in life, it has to get worse before it can get better.

First, Nolan Patrick goes down from a bad hit. New Jersey’s Gabriel is given a 5-minute major for boarding, and the Flyers head the power play. Unfortunately, it was a sight for sore eyes, with little to no speed or puck control, sloppy passing, and no urgency.

When asked about the hit, Patrick responded, “Obviously it didn’t feel too good, not the way you wanna get hit but you just have to go through the concussion protocol so I had to go through that but then I was right back out there. That’s obviously the way that guy plays, he’s in their lineup for a reason, to do that I guess but we had a lot of guys step up tonight.”

After getting that disaster out of their system, the game began to pick up for the Flyers.

Sending out an answer to Gabriel’s dirty hit in the best way possible, James van Riemsdyk started the scoring off, making it 1-0 Flyers. The assist goes to Giroux.

Then, shortly after, JVR scored again, this time with some beautiful help from newbie Ryan Hartman. The chemistry between JVR and Hartman has been extremely evident, even if they’ve only been playing together for three games. Van Riemsdyk stated, “It was a really impressive play… He’s been fun to play with the last few games for me.”

The rest of the period remained relatively quiet, with Talbot making some key saves when needed, but it was evident that the hit to Nolan Patrick sparked a fight in the Flyers, one that made the game all the more physical.

But just as quick as the Flyers made it 2-0, the Devils made it 2-1 as Severson puts a rebound past Cam Talbot, as he just can’t make it post to post fast enough.

This proves to be the same story as Jesper Bratt puts another rebound past Talbot to make it 2-2. 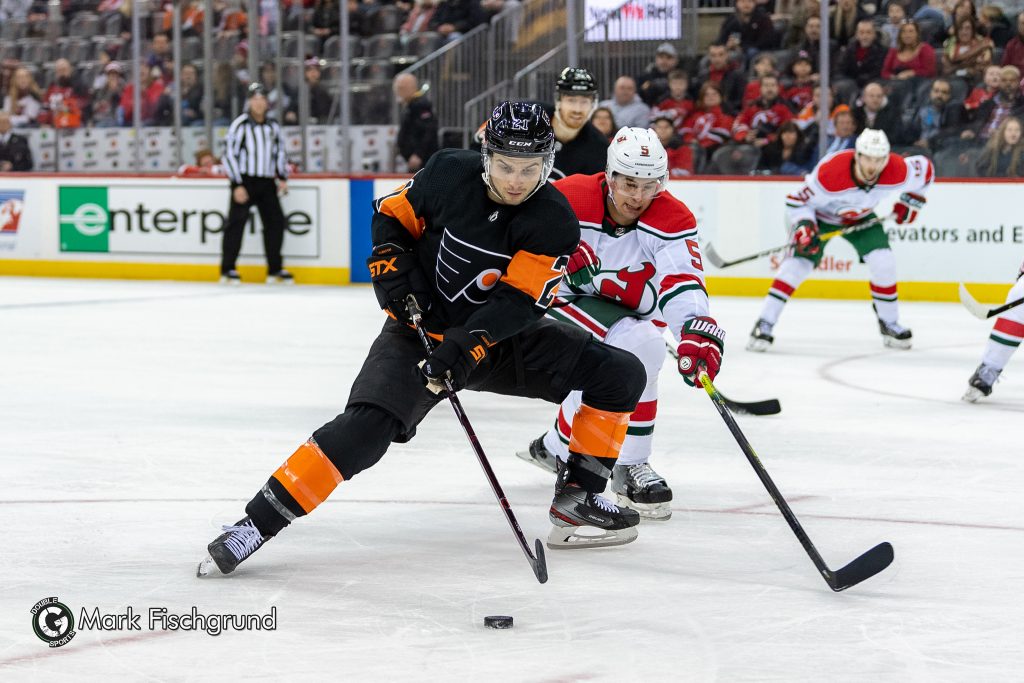 While Talbot’s first period performance seemed calm, cool and collected, he was scrambling a bit in the second period, trying to get his feet under him.

But, just as life goes, luck was on the Flyers’ side tonight, as Travis Konecny scores with an odd, bouncing puck to make it 3-2 to close out the second period.

27 seconds into the third period, Sean Couturier notches his 27th goal of the season to make it 4-2 and the Flyers are up 4-2.

Not long after, Ivan Provorov redirects a puck past Cory Schneider to make it 5-2.

The Devils’ Gabriel then goes after Radko Gudas in hopes of dropping the gloves, but Gudas doesn’t take the bait.

Nolan Patrick then gets physical as a fight breaks out between he and Severson. To no one’s surprise, Travis Konecny then races in to help his best friend out, taking on Vatanen. All four then head to the penalty box as Why Can’t We Be Friends by War plays throughout the Prudential Center.

“It’s just a matter of protecting ourselves. Patty’s one of my good buddies, so I’m gunna stick up for him every time,” said Konecny after the game.

The Devils then pull Schneider from the goal with 5:06 left in the third period, allowing Konecny to score an empty net goal making it 6-2.

In one last effort, Devils’ Kevin Rooney buries one last Talbot to make the final score 6-3.

In the locker room, Travis Konecny was asked about the physical nature of the game, and how that felt to the team after losing powerhouse Wayne Simmonds, to which he replied, “Teams probably look at us differently, but we’re still the same team, we still stick together, and I think Simmer left a lot of that with us.”

In regards to the race for a playoff spot, Couturier says the team, “just has to keep pushing and finding ways to win.” Head Coach Scott Gordon says they, “just have to take it one game at a time.”