A Tradition Unlike Any Other: Mets Continue to Visit Firehouses Affected by 9/11

Today is the 16th anniversary of the September 11th, 2001 terrorist attack that rocked New York City and the world. It is a time when Americans join together and prove they are stronger than ever. Times like these make one happy that sports can sometimes help heal. The Mets have had their fair share of moments in the healing process. Look back at Mike Piazza’s home run a few weeks after 9/11. Don’t forget when they played the Phillies during the time of Osama bin Laden’s demise. Local firefighters who responded on that terrible day are true heroes. The Mets have taken the time to remind them.

A few days ago, the foursome of OF Brandon Nimmo, C Kevin Plawecki, and pitchers Chasen Bradford and Paul Sewald took the time to visit a firehouse dedicated to some special members of the fire department. They went to Engine 219, Ladder 105 in Brooklyn, NY to honor the seven firefighters who lost their lives on 9/11. The firefighters there gave the players a tour of the firehouse and a look at the various memorial sites inside it. 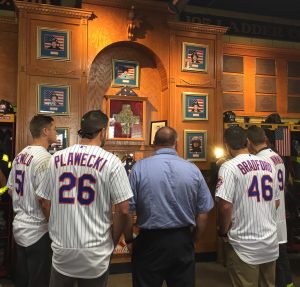 It was an enlightening experience for the players. Brandon Nimmo, a Cheyenne, Wyoming native, was three-years old when the attacks happened. In an area filled with nuclear missiles, nobody in his town knew what was going on. In regards to visiting the firehouse and talking to the responders, he had nothing but praise for them:

“We are a little bit of a distraction for them, which is the best thing that we can be. A lot of these guys still have bad memories from that day. I know when something is weighing on me, it’s better to just talk about it. Anytime we can listen to them and show that we still remember and we still support them is great…They are still feeling the after effects of this. There is nothing I can do but listen, show support and remind them that they are so appreciated and loved by all of us.”

Kevin Plawecki had a special time at the firehouse, trying on the gear the firefighters wear. Having experience wearing it (his father-in-law was a firefighter for a long time), Kevin was able to get another good understanding of how the crew do their job. He was in 5th grade on 9/11, and explained how hard it was for everyone to go through their day. Sewald and Bradford’s experience at the firehouse included talking to several firefighters right when they arrived. The newcomers breathed it all in, and like the rest, gave their proper respects to the fallen.

This is an annual tradition for the Mets, who make sure to visit several areas to pay tribute to those who lost their lives while also celebrating those who continue to help.

The plaques and memorabilia at that Brooklyn station is a reminder. It shows how dangerous the job is and the sacrifices those who lost their lives have made. In a time to heal, both sides have helped the other. That is the true beauty of sports and reality. 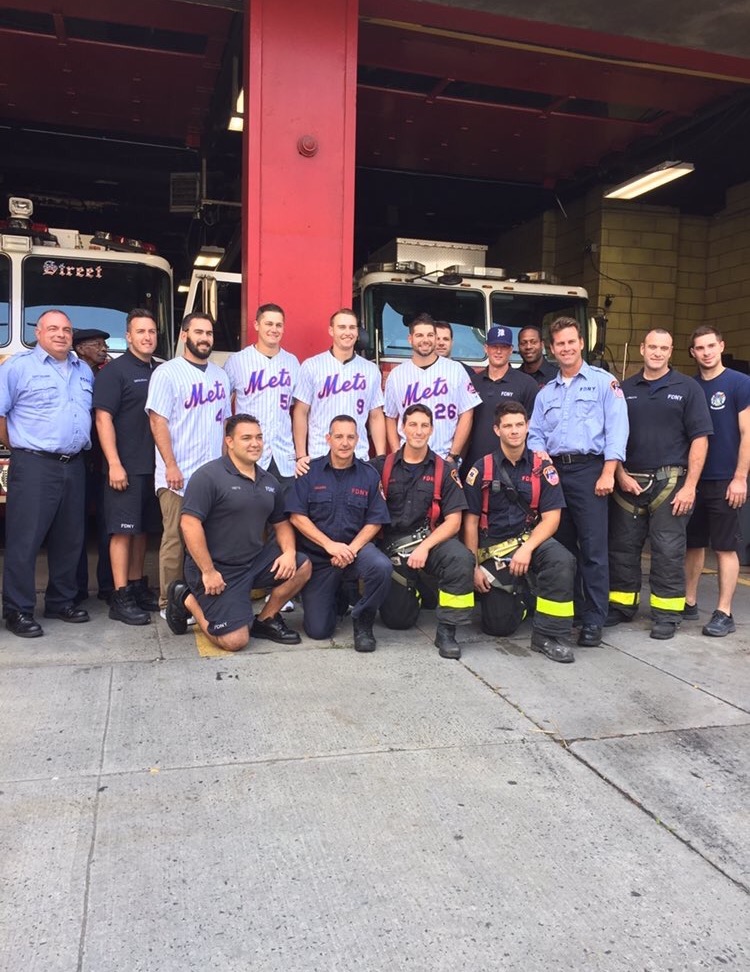