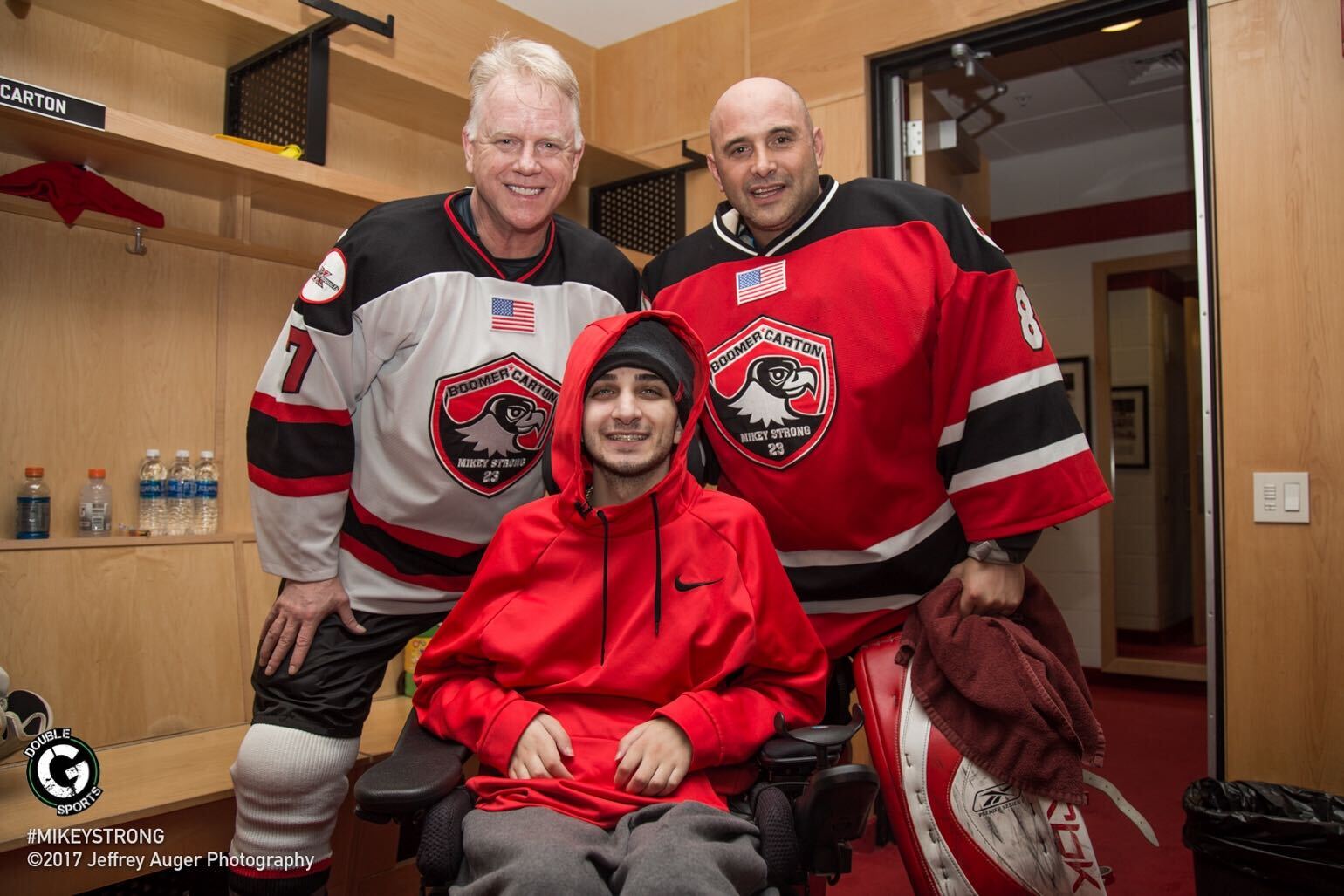 Wild Card: The Downfall of a Radio Loudmouth will premiere at 9PM EST on Wednesday, October 7.

Craig Carton’s rise and fall from grace after going to jail for a fake ticket scam will be chronicled in the Craig Carton documentary Wild Card: The Downfall of a Radio Loudmouth which will premiere at 9PM EST on Wednesday, October 7.

Through a series of candid and intimate first-person interviews with Carton, as well as interviews with his former co-workers, the film reveals how the radio host’s secret insatiable gambling addiction, financed by an illicit ticket-broking business, brought his career to a sudden halt when he was arrested by FBI agents and charged with conspiracy, wire fraud and securities fraud on September 6, 2017.

Here’s the trailer to the HBO documentary about Craig Carton

From Carton’s glamorous Tribeca apartment and multi-million dollar New Jersey mansion to a top bunk  in a crowded prison camp barracks; from interviewing sports stars and celebrities to befriending mobsters and criminals; from organizing celebrity softball games at Yankee Stadium to playing for the Lewisburg Yankees, one of the prison camp’s softball teams; from earning millions to waiting for $100 payments to drop into his commissary account, WILD CARD: THE DOWNFALL OF A RADIO LOUDMOUTH – in Carton’s own words – the sudden demise of one of the most popular and irreverent radio personalities in the country, whose secret gambling life transformed him from a star into a prisoner.

Carton talks openly about his upbringing in New Rochelle, New York, detailing the childhood trauma he never truly dealt with. He discusses his rise to fame in talk radio that turned him into a star in every market he worked in, culminating back home in New York where he was hired to helm the coveted “drive-time” morning show in the wake of the downfall of Don Imus. Paired with former NFL MVP Boomer Esiason, Carton’s love-him-or-loathe him approach supercharged the ratings and spring boarded him into a household name in the Big Apple and across the country.

On the morning of September 6, 2017, FBI agents arrested the “Boomer & Carton” co-host at his New York City apartment and the shocking news became front page headlines across the region. Following an emotional trial, Carton was convicted and on April 5, 2019 was sentenced to 42 months in federal prison on fraud charges. The 51-year-old reported to prison that June.

HBO exec Peter Nelson and co-directors and producers Marie McGovern and Martin Dunn had the following to say:

“Craig Carton’s radio persona gained him a public following, while his private struggles lost him everything one casino run at a time,” said Peter Nelson, Executive Vice President, HBO Sports. “Many knew Carton, but never knew his secrets, as we learn from Carton himself in this documentary about success, self-destruction, lies and blackjack.”

“Craig gave us unprecedented access to his world as it was crumbling around him,” says Marie McGovern. “We see Craig in real-time as he weathers public scrutiny and endures private pain. The emotion is real and raw.”

“Craig is a fascinating and complex character,” says Martin Dunn. “He knows that people either love or hate his on-air persona. But as his close friends and former colleagues reveal, there are many more facets to his life.”

Will we be hearing Carton back on the radio hosting a show, perhaps, at WFAN this fall? It will be interesting to see if he does a press tour for the Craig Carton documentary and appears on the WFAN Morning show with Boomer and Gio.