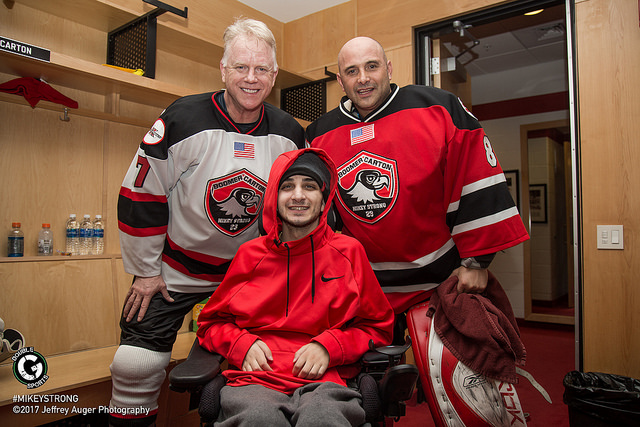 Craig Carton’s WFAN return is imminent and Evan Roberts is the favorite to partner with him.

Craig Carton is expected to sign a contract that will bring him back to WFAN in afternoon drive time, The Post has learned.

The Carton move will result in the retirement of Joe Benigno as a full-time host. Benigno has talked about retiring for years, so it is not being forced upon him. The 67-year-old Benigno, who has had a long, successful career from caller to afternoon drive, has spoken repeatedly about retiring. While he wouldn’t be on daily, he could still do spot shows.

At the moment, Joe’s longtime co-host Evan Roberts is the leading candidate to be Carton’s partner, according to sources. He is the only internal candidate FAN is considering. Roberts, 37, will continue to be part of the daily lineup, even if it were not as Carton’s partner in afternoons.

If WFAN decides on a different route in drive time, Roberts will return to middays, according to sources. He could end up replacing Marc Malusis and being paired with Maggie Gray. Gray’s contract however is up at the end of the year.

WFAN’s first option was to recreate the Carton-ex-athlete dynamic that he had with Boomer Esiason. FAN executives looked into former Jet Willie Colon. Colon, though, is unavailable as he is in the midst of a multi-year deal with Barstool Sports. WFAN also discussed Carton’s good friend, former New Jersey Gov. Chris Christie. It is unclear if Christie would really be interested, though he did guest host on FAN in the past.

Carton whose HBO documentary Wild Card: The Downfall Of A Radio Loudmouth premiered on October 7, has not been on WFAN in more than three years after being arrested and convicted of a fraud scheme in which he misallocated loans to repay gambling debts. He spent a year in prison and owes his debtors nearly $5 million.

What will be tricky for Carton and WFAN will be figuring out how to manage Carton’s admitted gambling addiction against the constant advertisements for betting sites. Whomever FAN chooses as his partner, the program will revolve around Carton. After a year in prison and three years off of WFAN, Carton is back.