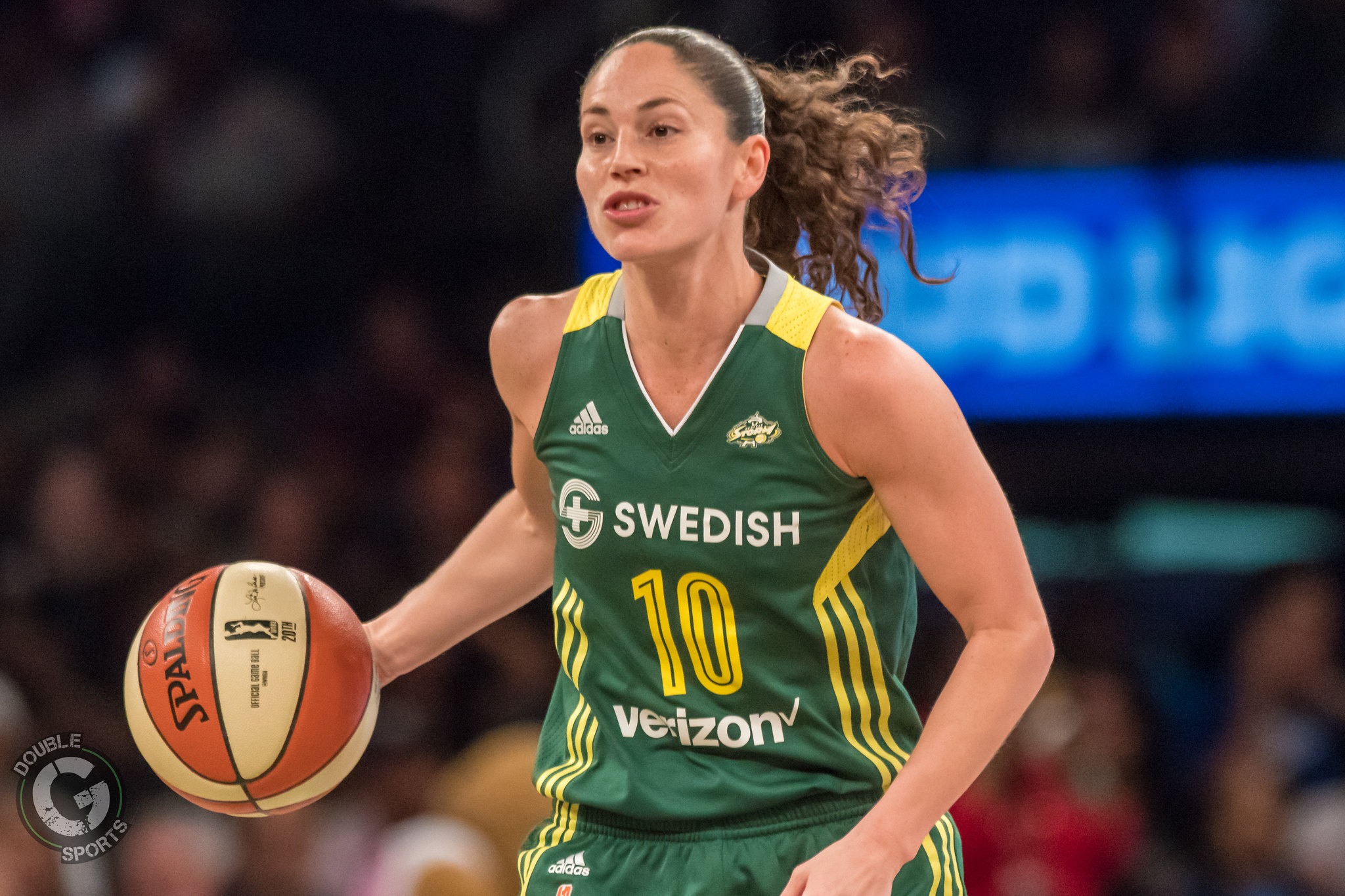 On October 17, Bird told CNN’s Don Riddell “women’s soccer players generally are cute little white girls while WNBA players, we are all shapes and sizes … a lot of Black, gay, tall women … there is maybe an intimidation factor and people are quick to judge it and put it down.”

Megan Rapinoe, USWNT and NWSL star, echoed these sentiments in a piece for the Players’ Tribune. In “I’ve Got Some Things to Say. Let’s Do a WNBA Finals Preview,” Rapinoe stated she, “[wasn’t] going to write an article like this without being real” about the “deep history of racism and … homophobia [in America].” The noted Seattle Storm fan and Bird’s long term girlfriend explained that while she is grateful for the success of the U.S. Women’s National Team, she often wonders where the same viewership, endorsements, and respect exist for the WNBA.

“When it comes to U.S. women’s soccer, the general perception is that — let’s face it — we’re the white girls next door. The straight, “cute,” “unthreatening,” “suburban” white girls next door,” writes Rapinoe. “Where’s [the recognition] for the women’s sports that — instead of scanning cute and white and straight — scan tall and black and queer??”

Despite top athletes from both sports agreeing, many fans and critics alike took to Twitter to debate the star point guard’s statement.

The comments on this are ridiculous.
Anyone who thinks Sue is tearing down the #USWNT is missing the point entirely.
A point that has been echoed by her USWNT girlfriend, Megan Rapinoe.
🤦🏻‍♀️🙄 https://t.co/gfdf2u38wG

You can't compare a domestic league to international competition. The WNBA gets 3x the domestic TV audience as its women's pro soccer counterpart, the NWSL. Her argument is just plain wrong.https://t.co/SZAeVb75ON

I was defending her now I’m not. 100% certain if she was on the field with US women’s soccer team she’d know how intimidating they are. Many are members of LBGTQ community, white black etc. can’t believe she put down another women’s sport fighting for equality to make a point smh

I think female sports viewership in the U.S. is a complicated issue. One aspect is that a lot of women fans are more drawn to sports where the U.S. has had well-publicized international success. Thinking gymnastics, figure skating, and women's soccer. https://t.co/HgyJZPtG3q

Some criticized CNN for not giving context to her quote.

Some context here woulda been nice. Her girlfriend is a soccer player and the article compares the two women’s success vs. their perceptions. In that case, I don’t think Sue said anything wrong. https://t.co/N2mNhRL4uW

Clickbait headline at its finest https://t.co/9r3bUux5Mj

Ultimately, Sue Bird’s comments open the opportunity for a fascinating yet complicated discussion regarding the intersection of race, gender, and sexuality in sports.

I hope we don’t miss the purpose of this powerful discussion. She’s not taking shots. She’s speaking to a true sentiment, and one that all athletes realize and want to change. Athlete is Athlete and ALL deserve equal love, respect, admiration and power. Well done @S10Bird 👏🏾🗣

In The Zone looks forward to continuing our coverage of social issues in sport. Thank you to fans who contributed the ideas featured in this article. Keep tweeting and you may see your takes on In The Zone!