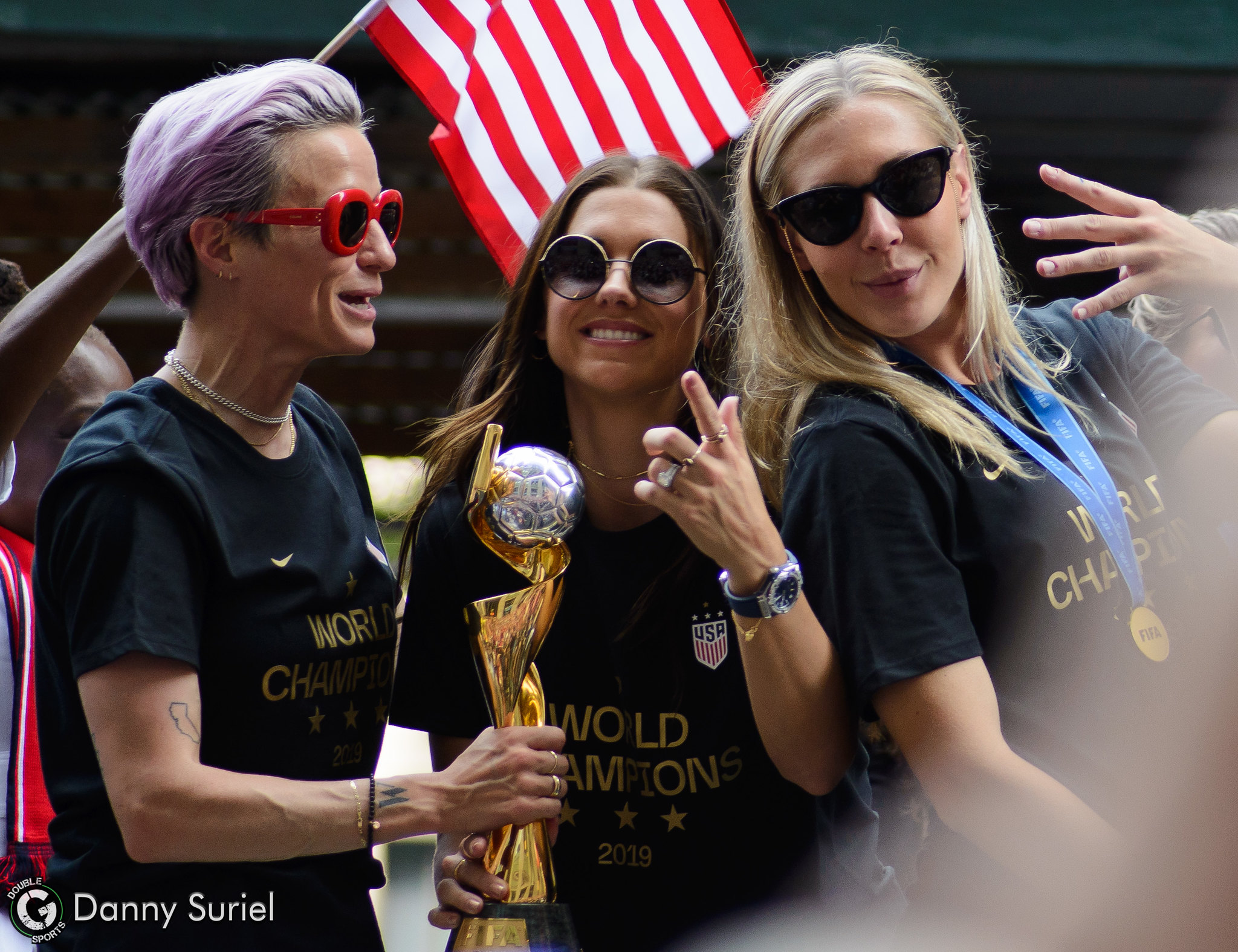 Every year, the Greater NYC and Greater Philadelphia area produces some tremendous sports moments, and 2019 was no different. As we come to an end of 2019, the year 2020 promises to bring a great deal of intrigue and excitement in this area. To end the year, we asked the staff at Double G Sports to share some of their favorite sports moments.

Gregg Snyder – Greg Schiano’s return to Rutgers as head football coach. Seeing the way the Rutgers community came together, and really New Jersey as a whole, to bring Schiano back after the firing of Chris Ash, was incredible to see.

Will Wiegelman – Getting to cover the Hofstra women’s soccer match in the first round of NCAA Tournament when Sabrina Bryan scored in OT.

Chris Passarelli – Seeing CC Sabathia walk off the mound for the very last time at Yankee Stadium. It wasn’t the way he wanted to go but he was a warrior for the Yankees for many years and left his mark on the Bronx.  CC was so loved because he was a gamer no matter the circumstance. Sabathia will always be a part of Yankees lore because he delivered a championship.  He is not the best pitcher in Yankees history but he is one of the most beloved.  It was an emotional moment for all Yankee fans and the end of an era.

Daniel Yanofsky – My favorite moments this year were; Pete Alonso breaks the Rookie Home Run Record, Frazier’s game-tying home run, Conforto’s walk-off, the emergence of Alonso and McNeil, Dom Smith ending the season with a HR, and Daniel Jones’ first major win. Also, being able to cover the rebirth of the XFL every step of the way as well as the Mariano Rivera Hall of Fame introduction and meeting the family of Roy Halladay.