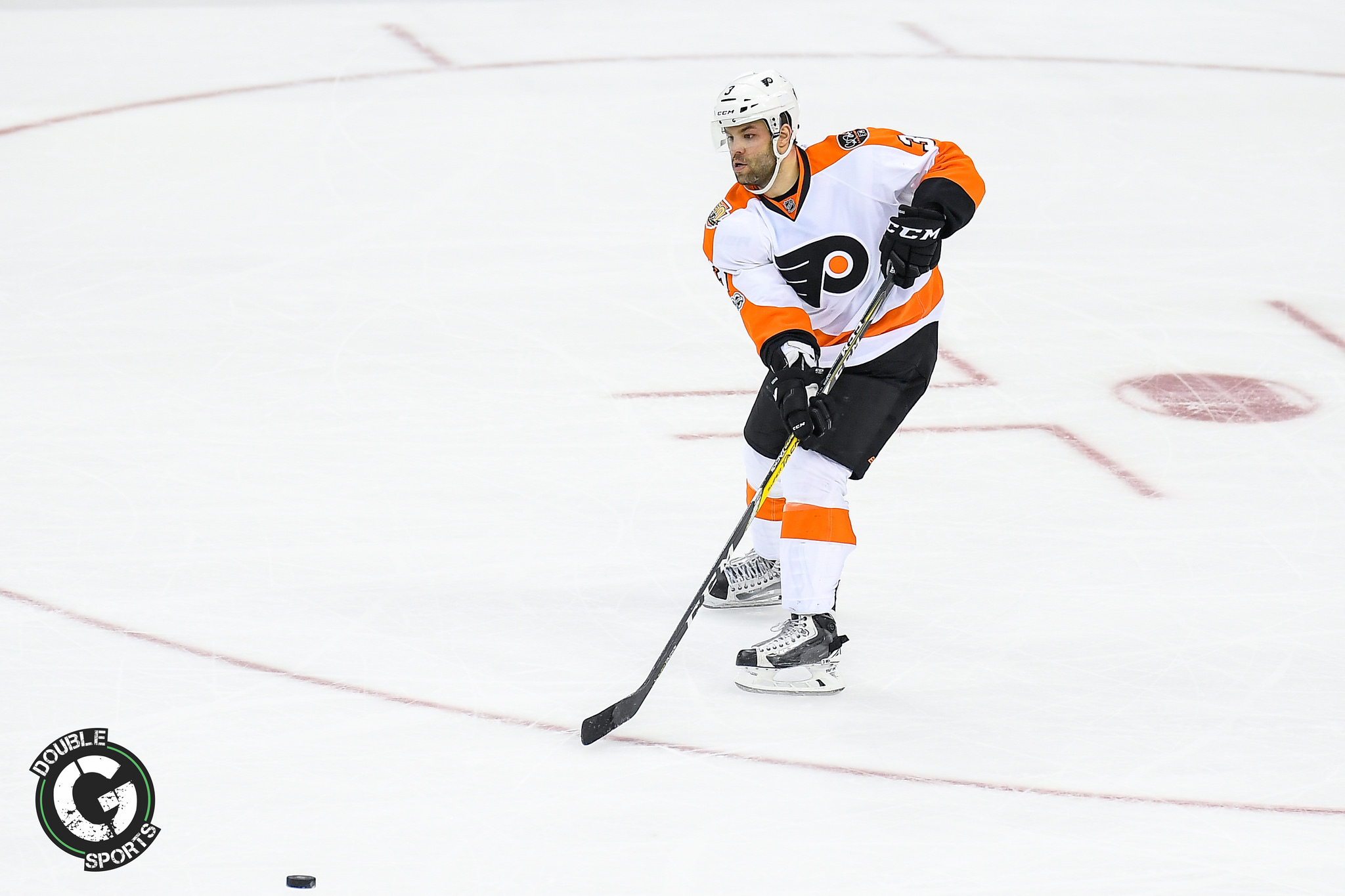 Flyers defenseman was ejected after delivering a two-handed slash.

During the first period of a shootout loss in Winnipeg on Thursday night, Philadelphia Flyers defenseman Radko Gudas was ejected from the game after delivering a two-handed slash across the neck of Jets forward Mathieu Perrault. The incident occurred at the end of a scuffle in which Gudas’s helmet was torn off by Perrault, who had fallen to the ice in the struggle. Perrault was on his hands and knees when the Flyers defenseman forcefully brought his stick down on the back of his neck.

Gudas was initially given a minor penalty for slashing and sat in the box with Perrault, who was penalized for high-sticking. Gudas’s minor penalty was later changed to a major, plus a game misconduct. While the on-ice officials watched replays and re-evaluate the severity of the incident, Gudas apologized to Perrault in the penalty box. According to Perrault’s post-game statement, he felt the apology was not sincere. “He apologized in the penalty box, but when you look at the replay, it looks like he did it on purpose. It wasn’t an accident. He’s been known for doing stuff like that, so I certainly don’t appreciate it. I’m sure the league will take care of it,” said Perrault.

The league was quick to respond. This morning, NHL Player Safety announced that Gudas was offered an in-person hearing at the NHL headquarters in New York. An in-person hearing, rather than one over the phone, suggests the league is considering a suspension longer than five games.

As a repeat offender with a reputation for dirty plays, Gudas will not be let off easy. Last October, he was suspended for six games for interfering with Boston Bruins forward Austin Czarnik. In December 2015, he was suspended for three games for a hit to the head of forward Mika Zibanejad, who then played for the Ottawa Senators.

With Gudas likely out of the Flyers lineup, the team will have to make some changes on defense. Defenseman Mark Alt currently remains with the team, and Andrew MacDonald is close to returning from a knee injury. However, when MacDonald is back on the bench, the Flyers will have to reassign Alt to the Lehigh Valley Phantoms to make room for MacDonald on the roster, which is already at the twenty-three-player limit since Nolan Patrick was reactivated on Thursday.

The Flyers (8-8-3) face South Jersey’s own Johnny Gaudreau and forty-five year old Jaromir Jagr with the Calgary Flames (10-8-0) at Wells Fargo Center on Saturday at 1:00pm.

Amanda is the Philadelphia Flyers Lead Writer for DoubleGSports.com