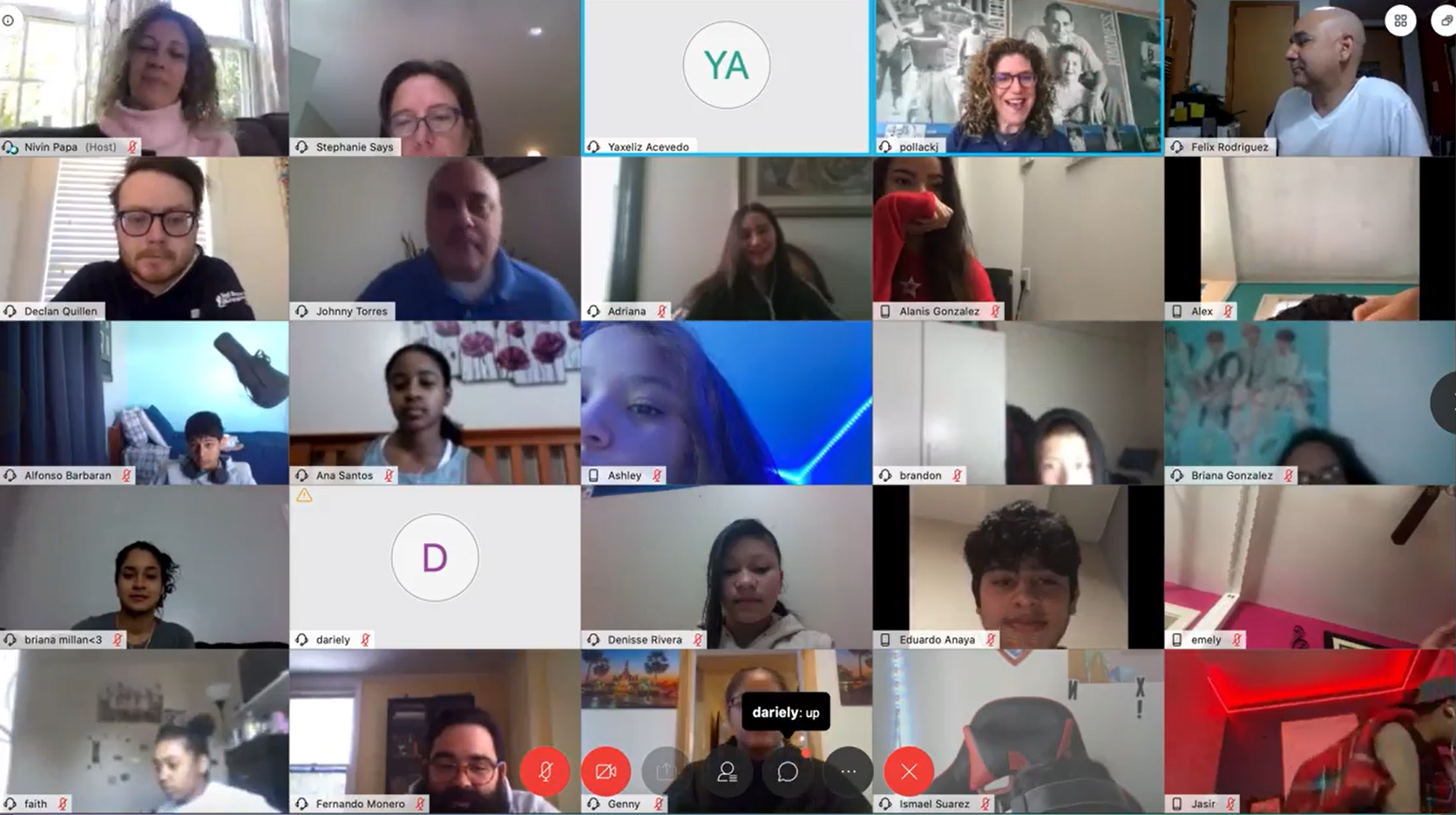 How the Yogi Berra Museum Expanded its Education Programs in 2020

The doors of the Yogi Berra Museum and Learning Center have been closed for most of 2020, but the museum has continued to uphold the Yogi Berra’s legacy through its virtual education programming.

During the three years that I worked at the museum, I worked many special events, such as Yogi Berra Tribute Day and the historic opening of an exhibit called “Discover Greatness: An Illustrated History of Negro Leagues Baseball” on Sept. 17, 2019, which commemorated the 100th anniversary of the founding of the Negro Leagues.

Eve Schaenen has been the museum’s executive director since 2016. During the last four years, Schaenen and her staff have made “a really big push to establish ourselves as not just a place where a famous baseball player had walked the halls, but as an education center.”

Schaenen explained why expanding the museum’s education programs has been one of her biggest goals from the get-go.

“I felt like my first directive was to really lean into the education program, because that was what Yogi cared about most,” Schaenen said. “He was always about the kids and making sure the kids were learning.”

To prepare the museum’s educators to teach online classes, the Museum trained their educators in the video conferencing apps, Zoom and WebEx.

Schaenen described how successful the museum’s education programs were in 2020.

“We created contacts with schools, with teachers, we developed all of this programming and because of that, we’re holding 2-3 field trips-a-day,” Schaenen said, “It’s unbelievable what’s going on and that’s a tribute to the whole team for sure, but it also speaks to the need. Kids need this kind of enrichment more than ever.”

In 2020, 64 different schools from St. Louis, MO (Yogi’s hometown) to Paterson, NJ have participated in the museum’s education programs. Since March 13, the museum has seen “over 4,000 students” and “every fourth-grader in Newark public schools has taken the museum’s ‘STEM program.'”

Schaenen explained why she feels the Discover Greatness exhibit has resonated so much with the kids who participate in the museum’s education programs.

“The ascendance of the Black Lives Matter movement as one of the defining movements of this year, just meant it was all the more important to be having those conversations. We were having students in our program who are really in need of some safe space to talk about structural racism.”

Schaenen also pointed out that the kids in the museum’s education programs, believed Jackie Robinson was the first black baseball player and were unaware that professional baseball players had played in the Negro Leagues for 27 years prior to 1947 when Robinson “broke the color barrier.”

“There is a whole world of black baseball that young people are not familiar with,” Schaenen said. “It’s a story that we wanted to amplify so we could recognize the black heroes of the game.”

Since 2017, the Yogi Berra Museum has held its annual Awards Ceremony at the Plaza Hotel in New York City. The museum had to cancel the in-person event and held a virtual ceremony, instead.

The Statue of Yogi Berra

Two days after Christmas, I took a walk around the Montclair State campus with my dad to see the beautiful campus. We were almost done with our walk when we walked by the Yogi Berra Museum and Learning Center. The museum was closed for the holidays, but the statue of Yogi Berra was still standing in front of the museum. My father and I took pictures of the statue in front of an American Flag that hangs on one of the glass panels inside the museum.

I hope people will be able to visit the museum and take pictures with the statue of Yogi Berra at some point soon. Hopefully sometime in the Spring when baseball comes back, the museum will be open to the public again. Until then, be safe and enjoy the rest of the holidays.