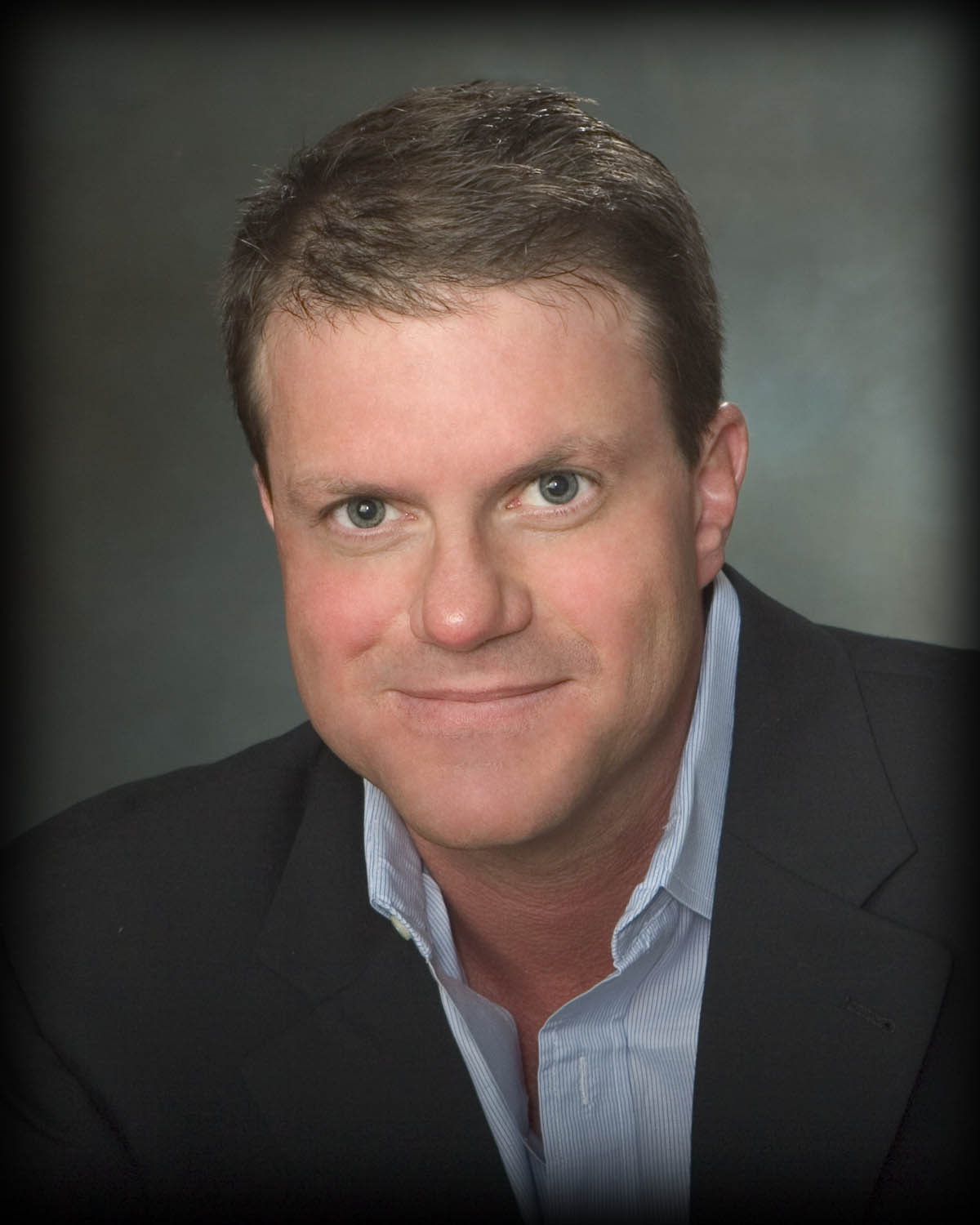 Chris Landry is a former NFL scout, coach, and administrator who has more than 35 years of experience at the D-1 NCAA and NFL-level of Football. Landry graduated from Louisiana State University (LSU) with a degree in sports administration and broadcast journalism. For two decades Landry worked his way up the ladder from a student assistant coach at LSU to an NFL Coach, Scout, and Administrator. Today, Landry is ditching his pen and clipboard for a keyboard and a mouse.

About a year ago, Landry created his own Twitch channel, which he named “Chris Landry Football.” The Landry Football Twitch channel is home to nearly a dozen shows about college and NFL football. Landry pumps out scouting reports and articles on football on his website and runs a coaching and scouting consulting business called “Landry Football Operations” (LFO) “where he serves as a consultant to both NFL and College Football teams.”

Durst was nice enough to send along Chris Landry’s e-mail. I emailed Landry asking if I could write an article about his life in football and beyond for In The Zone Sports Lifestyle and Culture. Landry said ‘Yes’ and the rest is in this article.

Landry was born and raised in Baton Rouge, Louisiana. He played all sports growing up, but added, “I had more of an affinity for football.” By the time college came around, he wanted to play football for the local college team, Louisiana State University.

In 1984, Chris walked on to the LSU Tigers D-1 NCAA Football team. One day one of his coaches took him aside. Landry described what his coach said to him that day, that would change the course of his life from that point forward.

At the same time, Landry was working for BLESTO (Bears, Lions, Eagles and Steelers Talent Organization), one of the main scouting arms of the NFL. This experience with BLESTO helped Landry learn how to write scouting reports for BLESTO. He also received valuable feedback on those reports from NFL Scouts. He described the valuable kind of experience he gained while working for BLESTO.

“One of my main responsibilities, in addition to coaching and handling recruiting at LSU, was to deal with the Pro Scouts when they came in. Talk to them about players, getting them set up with film, answering any questions that they had. So, I made a lot of contacts.”

After being a graduate assistant coach at LSU for three years. Landry started to think about pursuing a career as a coach and scout in the NFL. One of the reasons why he did was that his friend LSU was hired by the Cleveland Browns. At that time, Landry had offers from the Syracuse and Michigan Division One College Football Programs to be their “recruiting coordinator.”

These were good options, but Landry could not resist going for one more interview for a coach/scout position with the Cleveland Browns. He described how he felt after he left the interview.

“I went in and interviewed and quite frankly left with the idea that ‘I don’t know if this is going to work out.’ I’m on the plane thinking, ‘Should I stay in College?’ I literally got into my office from the airport and the phone rings and I got the job in Cleveland.”

Following his time with the Browns, Landry directed the NFL Scouting Combine in 1993, where he “managed the selection and operation process of top draft prospects.” It was a great experience where he learned a great deal about the NFL. This would serve him well on the next part of his journey.

In 1994, Chris Landry accepted a job with the Houston Oilers as a “college and professional personnel scout”. Landry told me that when he started there, “We had the worst roster in the league” and he was not kidding. The Oilers went 2-14 during the 1994 season. However, after a few good drafts, the franchise known today as  the Tennessee Titans started to improve quickly.

In 1995, Houston drafted a little-known quarterback out of Alcorn State in Illinois named Steve McNair. McNair would become the team’s starting quarterback for each of the next ten seasons. Chris Landry described why he liked McNair before the Oilers drafted him in 1995.

One year after ending his playing career, Steve McNair was shot and killed at his home in Tennessee. He was just 36 years old. The On Sept. 15, 2019, the Titans held a ceremony before their home game to honor the franchise’s late, great quarterback.

At the 1996 Draft, Landry says he “pushed for” the Oilers to draft running-back Eddie George, 14th overall. That was a very good move because Eddie George never missed a game during his career, made four Pro Bowl appearances and would gain over 10,000 rushing yards.

A Turning Point in Landry’s Career

In 2000, Landry decided to move back home to Louisiana. He says, his parents were getting older and his father was suffering from Parkinson’s disease. He went back home so he could begin caring for his parents. At the same time, he did part-time work for some teams from his home so he wouldn’t have to travel as much.

In 2000, Landry became a College and NFL Football analyst for FOX Sports Radio. He was on Fox Sports Radio until 2014. Soon after, NBC Sports Radio stepped in and hired Landry as a radio analyst.

While he did all these things, Landry started to think about how he could offer his pro football scouting expertise to the public when he left his post with the Titans in 2000. Landry currently runs his own NFL and College Football website (chrislandryfootball.com). Landry’s website is “premium-based” meaning you pay a fee to access the most exclusive information that Landry offers based on his 35 years of experience in Division one college football and the NFL.

Chris Landry describes what his website does a little different from the mainstream sports channels, like ESPN and FOX Sports.

“The website itself is the HUB, it’s constant Football information,” Landry said. “We don’t have the volume of ESPN, but we’re also giving a perspective that’s a little different. We’re giving you in-depth analysis from a coaching/scouting perspective.

According to the experienced NFL Scout, coach, and Administrator, Twitch is “another avenue for posting digital content like Facebook.” Landry says most of the shows he features on his Twitch channel are about football, however, he has given air time to shows that are not totally football-oriented grow. For example, at 11 PM each day, Landry’s channel airs a show where the host discusses the top stories in both the NBA and NFL and, sometimes, adds a pop culture reference into the podcast. It’s a different take on a channel that is mostly features the kind of talk you’re used to hearing on WFAN or ESPN Radio.

Landry discussed why he decided to feature shows on his channel that don’t focus only on college and pro football, but general sports news as well.

“A lot of people have a Twitch channel and they only have one show on it and there’s nothing else on it the rest of the day. So, what I am trying to do is to put together shows on my channel where the shows [air] back-to-back.”

In The Zone’s Nick Durst and Joe Calabrese co-host the “Sunday Morning Football Show” that airs on Twitch at 11 AM every Sunday during the NFL season on Chris Landry’s channel. Calabrese described how he and Nick started the show.

“Last summer, Nick and I started searching more on social media, LinkedIn, among other [job search sites] for opportunities. We eventually found Landry Football and inquired about specific time availabilities on the Twitch Channel to host a football show. We settled on Sunday morning at 11 am, and Nick and I had the idea that come football season it would be a good idea to do a football-specific show in the same tone as the show we host on In The Zone.”

Calabrese and Durst took the ball from their new boss and ran with it throughout the 2020 NFL season. Because of the pandemic, Nick and Joe had an unique opportunity to create the podcast from the comforts of their own homes.

Calabrese explained how their boss gave them a good time slot and made it easy for them to succeed.

Calabrese described what he’s learned about producing a podcast from hosting the Sunday Morning Football Show on the Landry Football channel.

“You should always be open to tweaking or adjusting content planning. Staying concise makes you a better producer, podcaster, or writer, in general, because that quality always translates across mediums, platforms, and companies you work for.

Nick n’ Joe of the Sunday Morning Football Show are just two of the many podcasters who have hosted sports talk shows on the Landry Football Channel on Twitch.

Chris Landry described how his channel serves young podcasters while they set out on their own journeys, where they will pursue a career in sports broadcasting.

“We’re trying to do that, so we create opportunities, to grow and develop in their own way and with the connection with Amazon, we think there’s even greater opportunities to grow. What you do with it is up to you like anything in life, it depends on how much time you’re willing to spend on it and how hard you’re willing to work.”