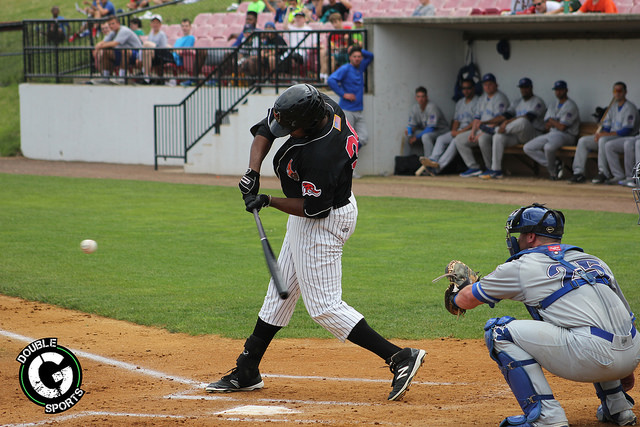 The last few weeks have been filled with highs and lows for New Jersey. Thankfully for the Jackals the ups have outnumbered the downs. Back on July 29th the Jackals opened a four game set with the Rockland Boulders, who at the time were only a couple of games behind the Jackals for first place in the league. The Jackals didn’t let the Boulders get too comfortable being soc lose to first place and promptly swept the four game set to send Rockland back down the standings. Scores of 5-3, 6-5, 9-2, & 4-2 completed the 4-game matchup with the Boulders.

The Jackals received three much-needed days off after their 4-game sweep over Rockland. August 4th the Jackals opened up a series in Ottawa with an impressive 8-4 victory. That was all the jackals could muster in their time in Ottawa. The game on August 5th went to extras but the Jackals would ultimately fail to put timely runs on the board and dropped the game 4-3 in the 10th. The third game in the series the Jackals bats were absolutely silenced by the Champions. The Jackals were shutout 3-0 behind eight shutout innings from Champions starter Austin Chrismon who struck out a whopping 10 Jackals. The series finale where the jackals had the chance to split the series ended up being a lopsided affair in favor of the Champions. Despite the Jackals scoring first by posting a run in the top of the first and holding a 1-0 lead into the bottom of the 5th the Champions exploded for 11 runs over three innings from the 5th-7th. The final ended up as 11-2 in this one.

Despite dropping 3 of 4 in Ottawa the Jackals have consistently won series after series helping keep them well above .500 after Sunday’s loss to Ottawa the Jackals sit at 44-28. Still holding on to a little bit of breathing room on top of the CanAm standings, the Jackals are looking to make their margin of error slightly bigger in the coming weeks and stave off late season surges from those below them.

Ducks Walk Off With 12 Inning Win Over Patriots
Yankees break up with A-Rod, but they can still be friends?