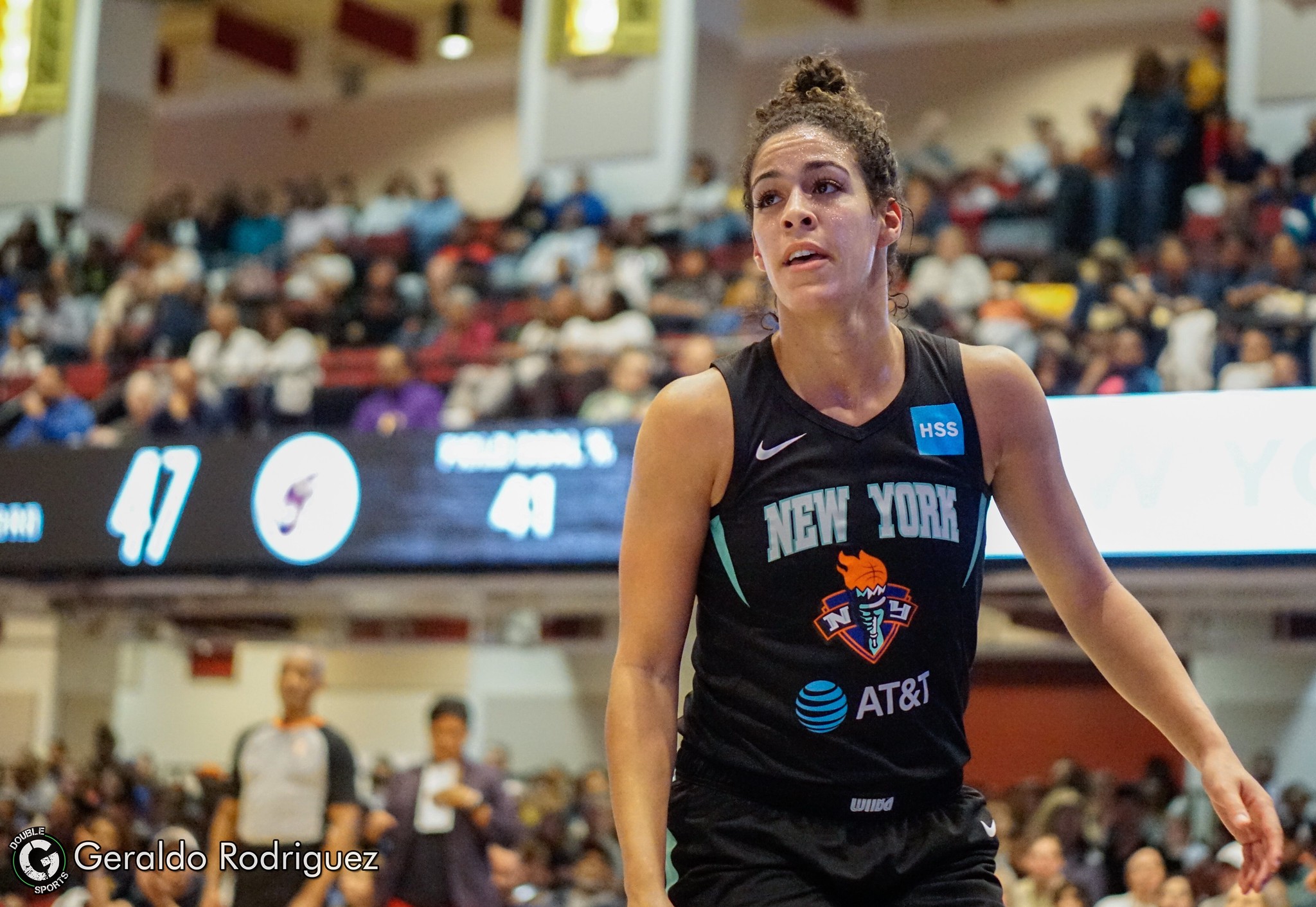 Start spreading the news, the New York Liberty are on an officially winning streak.  After 17 losses in a row, the Liberty find themselves on the right side of back to back wins.  Kia Nurse and Asia Durr provided the offensive spark to help the New York Liberty beat the slow-starting Lynx 75-69 on Wednesday night.

’’Total team effort with a balanced scoring effort and getting key stops defensively allowed us to get the win,’’ Nurse, a member of Team Canada, told Doug Feinberg of AP. ‘’We’re continuing to find ways to win, playing with a lot of passion and that will allow you to go far in this league. We just need to continue to close it out.’’

Sylvia Fowles had 16 points and 11 rebounds to lead Minnesota (4-3), which has dropped three of its past four games. Fowles was happy that the team was able to rally but said the Lynx still need to complete their work.

“Coming back is part of the game,” Fowles said. “Finishing and doing what we need to do is something different, and we’re not executing right now.”

The Liberty  used a 14-2 run spanning the end of the first quarter and beginning of the second quarter to turn a 9-8 lead into a 13-point advantage. Durr was a big part of that spurt; the rookie had 12 points by halftime.

The Liberty flex their muscles and  never looked back in the second-half, maintaining their first-half lead despite Minnesota getting within three points. The Liberty shot a season-high 46.2% from the field. Tina Charles had herself another stellar game with 12 points and 8 rebounds.

Liberty forward Rebecca Allen broke the third metacarpal bone in her right hand in practice on Tuesday. She’s out at least three weeks. Allen was wearing a soft cast but believes she will return to action in early July.

The Liberty head out to Las Vegas next for a rematch with the Aces on Friday night the start of a two-game trip.

With Durant’s injury, Knicks need to choose new path to success
Who Run The Garden? Talented Female Fighters Looking To Take Over NYC For Bellator 222