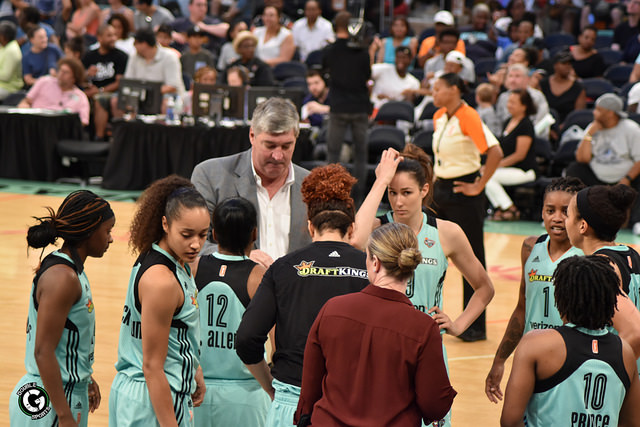 The Liberty are keeping the pedal to the medal towards the WNBA playoffs. With the 3rd seed in sight and payback on their minds, the New York Liberty defeated the San Antonio Stars 81-69 at The Garden Friday night. The win extends New York’s active winning streak to nine games ahead of Sunday’s season finale in Dallas.

The Liberty, which is in the midst of its best 3-year stretch in franchise history, matched its win total from a year ago and has now won 21 or more games in 3-straight seasons, going 65-36 over that span. The Liberty trailed by 5 early against the Stars, but tied the game by the end of the 1st quarter, and took its 1st lead on a Rebecca Allen bucket on the 1st possession of the 2nd period. New York never trailed again.

The Liberty shot 43.7 percent for the game and snatched a total 37 rebounds compared to just 32 for San Antonio. The Stars shot at a rate of 41 percent overall and had 12 turnovers, which was more than double what the home team had all game. New York’s bench also outscored San Antonio’s 27-11 for the game.

Liberty Peaking At The Right Time

A little over a month ago, New York lost a heartbreaking game to Minnesota on the road.  The 76-75 loss to the Lynx put the Liberty at 10-10 for the season. The Liberty would drop two games to Los Angeles and San Antonio a week later to settle at 12-12 with ten games left. New York has not lost since August 4 heading into the final game of the season on Sunday. The team went from identy crisis to potential WNBA finalist.

Playoff Seeding Still Up For Grabs

While the Liberty knows it will host a WNBA Playoffs 2nd Round game on Sunday, Sept. 10, at The Garden at 5 PM, playoff seeding has yet to be finalized, and that is what is at stake when New York visits Dallas on Sunday. The Wings know they will be the No. 7 seed, facing either Phoenix or Washington on the road. For the Liberty, currently slotted at No. 3 in the playoff bracket, a win would clinch the 3rd spot for a second year in a row, while New York could also finish 3rd if Connecticut loses at Los Angeles later on Sunday afternoon.