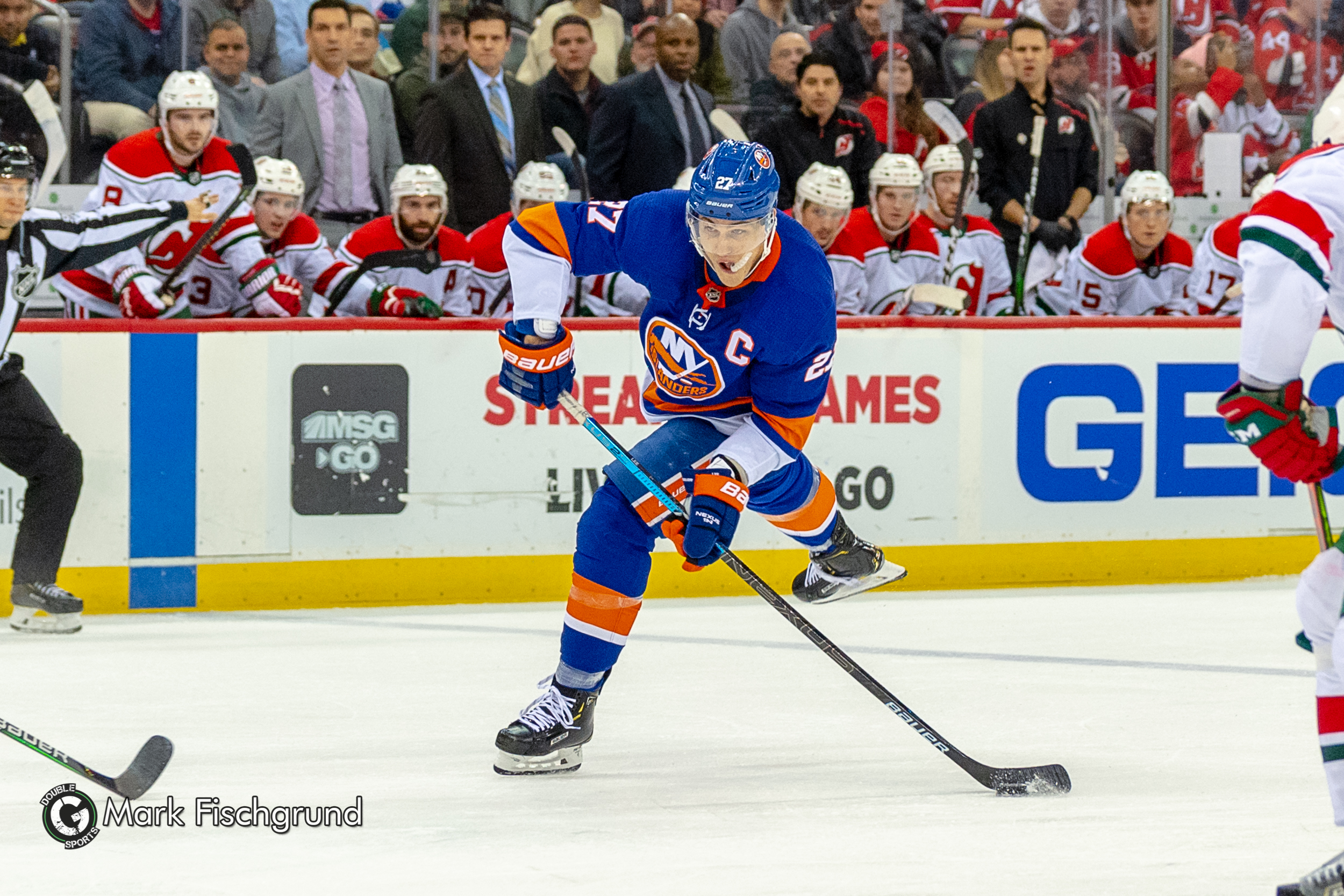 It was a very successful week in the world of local hockey. No team finished below .500 and every team had a win against a great team. We had two voters this week including myself.

The Islanders faced a tough week with two very talented opponents plus the streaking Devils and handled themselves very well. They began hosting the Colorado Avalanche, the NHL’s top offensive team. Semyon Varlamov shut down his old team, posting a 32-save shutout while captain Anders Lee scored the only goal of the game in the third period. The win ended a 4-game home losing streak for New York and was their first victory of 2020. The Islanders traveled to New Jersey the next day to face the Devils in a back and forth affair. Kyle Palmieri broke a 2-2 tie midway through the third period but Tom Kuhnhackl knotted the score again with under six minutes to play in regulation. Overtime was wild with both teams having breakaways, odd-man rushes and bad line changes. New York took advantage of the Devils’ poor change to get a 3-on-1 with under a minute to go where Lee played hero once again, picking the top corner over the shoulder of Mackenzie Blackwood. The Islanders finished the week in Brooklyn facing the Boston Bruins. After John Moore gave the Bruins their first lead of the night early in the third, Mat Barzal tied the game at two a few minutes later. It would go all the way to overtime where Brock Nelson was sent to the box for tripping Brad Marchand and Patrice Bergeron took advantage, scoring the game-winner on the power play. Despite the unfortunate result in their third game, the Islanders picked up five of a possible six points last week. They’ll look to regain second place in the Metro with a five-game week. They face the Rangers twice, with the Red Wings in between, before a weekend back-to-back with Washington and Carolina.

The Devils played three of their four games against divisional opponents during a week that ended better than it started. They began with the Islanders, a game already highlighted above. Mackenzie Blackwood made 37 saves despite the loss. They next went up against the New York Rangers at the Garden. The Devils lost 6-3 as New York scored the final three goals of the game. More on this one later. Everything came together for the Devils in Washington on Jan. 11. New Jersey’s offense beat Brayden Holtby four times on 21 shots and added an empty netter for good measure in a 5-1 win. Nico Hischier scored twice and Louis Domingue made 33 saves. Their opponent the next night was the Tampa Bay Lightning, a team on a 10-game winning streak. It was a busy day for the Devils before that, however. First, they called up Cory Schneider. Next, the fired GM Ray Shero. Finally, there was a hockey game to be played. After Tampa scored first, Andy Greene and Travis Zajac gave New Jersey a 2-1 lead after two periods. Miles Wood hit his second empty net in as many nights to seal it. Domingue stopped 26 shots to bring his total to 59 on the back-to-back. The Devils set out on a road trip this week, playing in Toronto, Washington and Columbus.

The Rangers began the week calling up top goalie prospect Igor Shesterkin. In his NHL debut against the Colorado Avalanche, Shesterkin stopped 29 shots en route to a 5-3 win. After going down 2-0 in the first, the Rangers scored five of the game’s final six goals, including two in each of the first two frames. Artemi Panarin led the way with a goal and two assists. The Rangers continued the home-cooking against the Devils. Tony Deangelo stole the show with a hat-trick and two assists. He scored twice within three minutes in the second period after the Devils tied the game at three. The Blueshirts headed out on the road for a matchup with the Blues to finish the week. Filip Chytil opened the scored 1:34 in but it was all St. Louis after that as they scored five of the next six to take the game 5-2. It was a sluggish game for the Rangers and one they would love a bounce-back from. They get their chance Jan. 13 against the rival Islanders whom they face again on Jan. 16 before finishing out the week with the Blue Jackets on Jan. 19.

The Flyers played some tough competition this week and grabbed three of a possible six points. They started in Carolina in a wild game that saw Philly up 2-0 nine minutes into the game and Carolina tie it before the end of the first and took a 4-2 lead within the first five minutes of the second. The Flyers came back to tie it before the end of regulation and the game would go to overtime. Dougie Hamilton went five-hole on Brian Elliot in the extra session to seal it for the Canes. The Flyers’ next game was against the division-leading Capitals. With the score tied at two after one period, Kevin Hayes scored shorthanded with 2:01 to go in the second and Carter Hart stopped all 20 shots thrown at him over the last 40 minutes to lead Philly to victory. The win snapped a four-game skid. The Flyers ended the week facing the Tampa Bay Lightning who came in on a nine-game winning streak. Pat Maroon scored the only goal of the game in the second period while Andre Vasilevskiy picked up the shutout. The Flyers look to stay in the hunt for the playoffs this week as they face the Bruins, Blues, Canadiens and Kings.