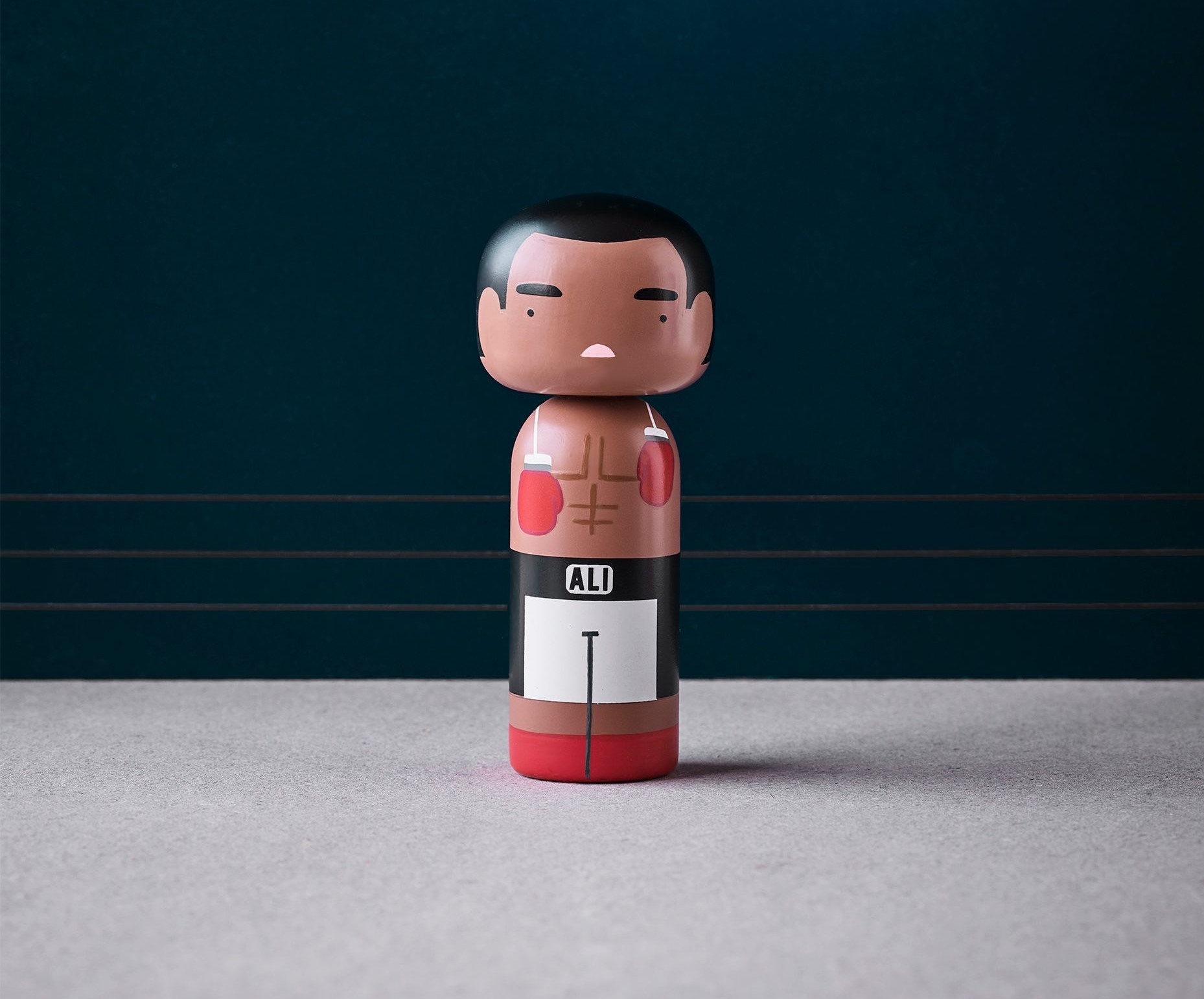 Lucie Kaas has announced the debut of a new, iconic kokeshi doll collaboration inspired by the legendary boxer.

Muhammad Ali is one of the most influential athletes and humanitarians of all time. A fearless humanitarian, civil rights activist, and one of the greatest athletes to ever live.

Throughout his life, Ali used his influence to drive change. He was a champion of social justice in sports and beyond, a true American icon.

Lucie Kaas has announced the debut of a new, iconic kokeshi doll collaboration inspired by the legendary boxer. Lucie Kaas,  is Danish based brand popularly known for their Kokeshi Dolls, which are a traditional Japanese wooden doll, with no arms or legs. The Lucie Kaas kokeshi doll collection includes some of the greatest legends and icons within the fashion, art, music, and cultural world.

In addition to Muhammad the brand has worked with sports icons such as Flo Jo and Tommie Smith and other celebs like Elton John, KISS, Karl Lagerfeld and more.