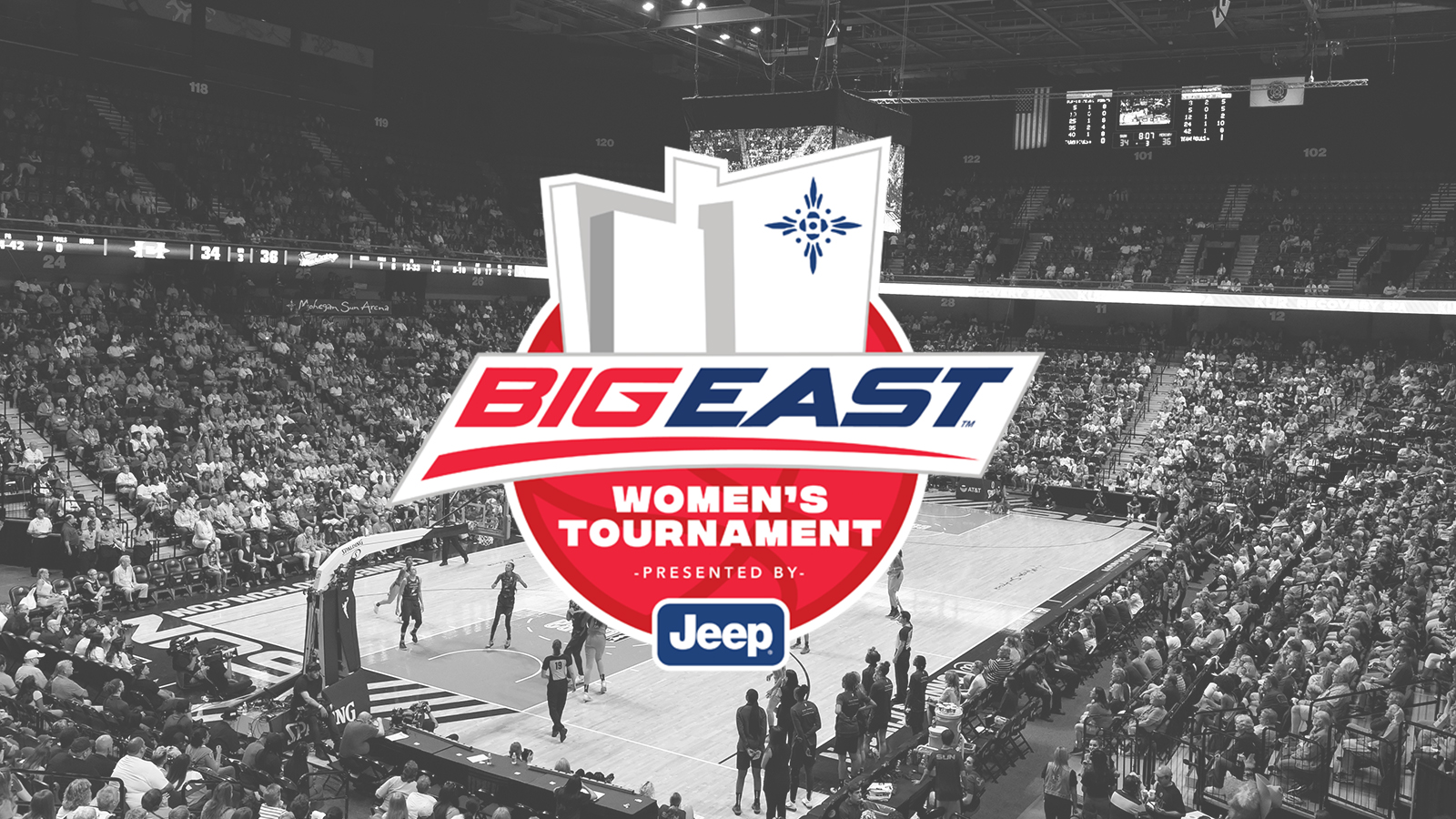 NEW YORK – The BIG EAST Women’s Basketball Tournament presented by Jeep will be played at the Mohegan Sun Arena in Uncasville, Conn., beginning in 2021, the Conference announced today. The agreement spans three years and includes the 2021, 2022 and 2023 postseasons. The BIG EAST just completed a three-year run for the event at Wintrust Arena in Chicago, Ill.

The BIG EAST’s move to Mohegan Sun Arena follows the recent readmission of the University of Connecticut to the BIG EAST as a member school.   UConn was a charter member of the BIG EAST when the conference was formed in 1979 and formally re-joined the conference on July 1, 2020.  The 11-time national champion Huskies spent the past seven years in the American Athletic Conference, winning all seven women’s basketball league tournaments and going 118-0 in conference action.

“We are very excited to bring one of the BIG EAST’s premier competitions to Mohegan Sun Arena, a one-of-a-kind facility that has long served as one of the best women’s basketball venues in the country,” said BIG EAST Commissioner Val Ackerman.  “We are proud to welcome the Huskies and their women’s basketball fans back into the BIG EAST fold, and we look forward to working with Amber Cox and her staff to deliver a memorable and first-class experience for our student-athletes, coaches and supporters.”

“We are thrilled to welcome the BIG EAST Women’s Basketball Tournament to Mohegan Sun Arena,” said Amber Cox, Vice President of the Connecticut Sun and the National Lacrosse League’s New England Black Wolves. “Connecticut is the women’s basketball capital of the world, with the most passionate fans in the country, supporting both the UConn Huskies and the Sun year-round. This marquee event is sure to be a highlight for all BIG EAST fans, who will not only get to enjoy incredible basketball action, but all the entertainment offerings of Mohegan Sun as well.”

The past seven BIG EAST Women’s Basketball Tournaments have been played in the Midwest – 2014-15 at Allstate Arena in Rosemont, Ill.; 2016 at McGrath-Phillips Arena on DePaul University’s campus in Chicago; 2017 at the Al McGuire Center on Marquette University’s campus in Milwaukee, Wis.; before a three-year run at Wintrust Arena in downtown Chicago.

Prior to conference realignment in 2013-14, the BIG EAST Women’s Basketball Tournament was played for 10 consecutive seasons at the XL Center in Hartford, Conn., following a run of 21 years at on-campus arenas. The BIG EAST led the nation in conference postseason attendance for nine of 10 years while in Hartford.