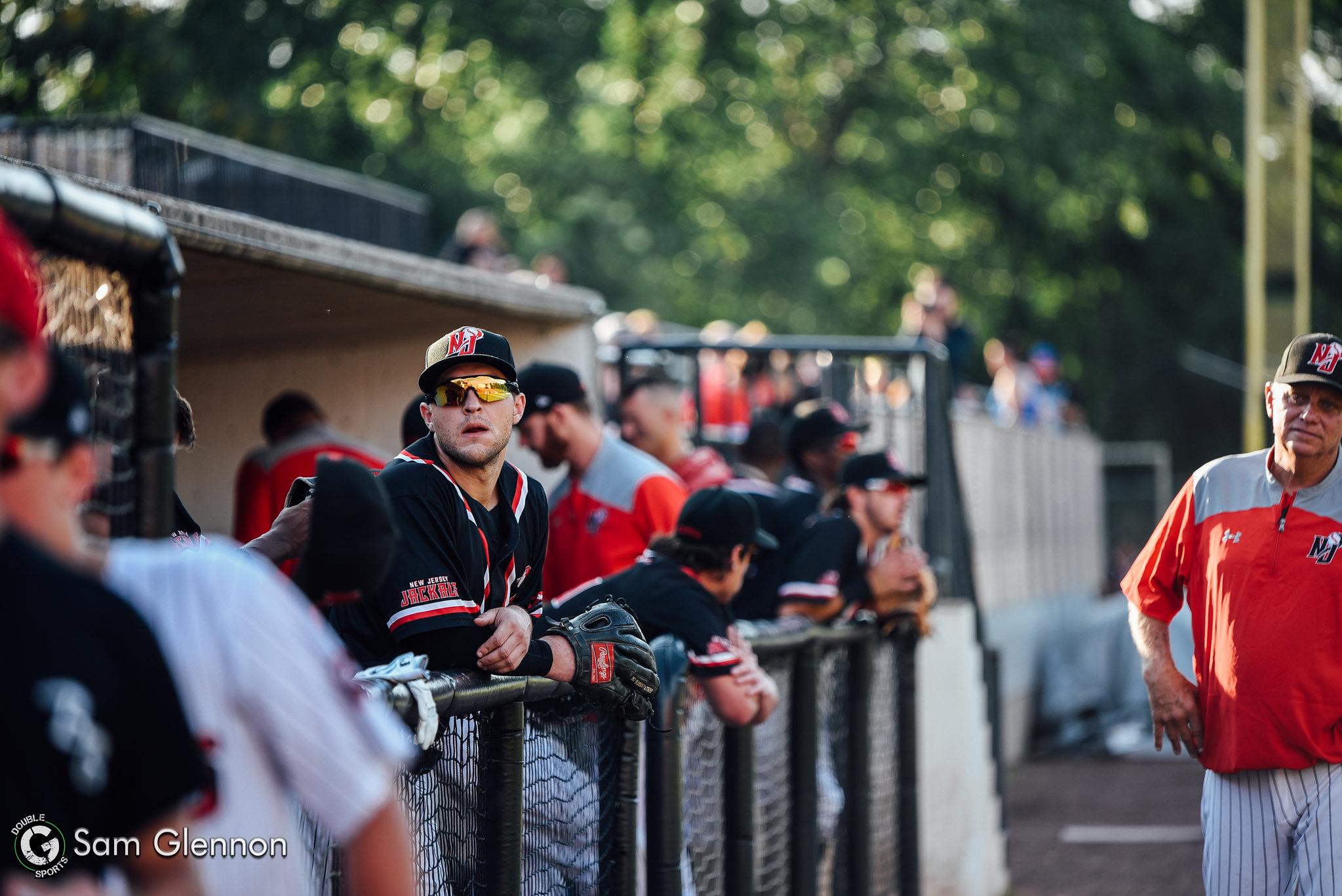 The New Jersey Jackals came out swinging in their first home series of the 2019 season, sweeping the Trois-Rivieres Aigles in four games.

The 2019 season of Can-Am League baseball is officially underway and with that, the New Jersey Jackals have gotten off to a hot start to their season. After splitting a four game series on the road against the Ottawa Champions and winning two out of three on the road against the Quebec Capitales, the Jackals had a 4-3 record coming into their first home series of the season, a four game set against the Trois-Rivieres Aigles, a team who was also 4-3 to start the season.

New Jersey would go on to not win, but sweep the four game series. Despite this, Jackals manager Brooks Carey isn’t putting too much stock into where his team is in the standings.

That would end up being all the lead the Jackals would need, as their pitching staff was dominate in their first home game of the season. Starting pitcher Eduard Reyes had a sensational night, pitching five scoreless innings, allowing just four hits and striking out eight batters. Trois-Rivieres would score their only run of the game on a passed ball in the top of the sixth inning to make the score 2-1.

Gregor would give his pitching staff some much needed insurance in the bottom of the seventh. He hit a no doubter to right field for a two run home run. New Jersey would end up riding the rest of it’s bullpen to a 4-1 victory in their first game at home at Yogi Berra Stadium of the 2019 season.

On May 25, the Jackals would go on to win the second game of the series in dominant fashion. Their offense came right out of the gate swinging in the first inning when they loaded the bases. Alfredo Marte worked a walk to drive in Gonzalez from third. The big blow however, came off the bat of Richard Stock. He hit a bullet line drive to left center field that ended up clearing the bases for three runs, giving the Jackals the 4-0 lead.

From that point on the Jackals would never look back. They scored two runs in the second inning, one in the third, two in the seventh, and four in the eighth. Stock would end up going 2-for-5 with five RBI. Gregor also had a nice night, going 2-for-3 with two base on balls and two RBI.

New Jersey would also get dominant pitching from their starter Matt Vogel. He would go on to pitch six shutout innings, allowing just one hit, and striking out eight. It was a nice bounce back outing for him after a rough first start for him on the road against the Ottawa Champions on May 20, as he allowed three earned runs in two innings pitched in that game.

“He needed it for himself and for our team,” Carey said on Vogel’s performance. “He was a completely different pitcher tonight, which I am proud of just for him.”

The third game of the series on May 26 looked like it was going to be the same as the one the day prior. New Jersey would once again get on the board early. Richard Stock gave the Jackals their first two runs of the game with a two-run single in the bottom of the first. New Jersey would add three more runs in the bottom of the third. Gregor would start it off with a line drive for a RBI double. Marte would hit one that would get down for a one-run single. Then Stock would drive a long one for a double that would allow Marte to score from third, giving the Jackals a 5-0 lead.

However, Trois-Rivieres would begin to mount a comeback. It started in the top of the fourth, when Joe Deluca would hit a three-run home run to get the Aigles on the board. Furthermore, they would also have multiple opportunities with the bases loaded throughout the game. The Aigles would get a hit, a walk, and a hit by pitch in the top of the first to load the bases with one out. However, starting pitcher Justin Brantley would get a force out at home on a ground ball and a strikeout to get out of the jam.

In the top of the fifth, once again, a single, a hit by pitch, and a walk would give the Aigles the bases loaded with one out. This time, Trois-Riveres would get one run when Raphael Gladu would beat out a double play allowing David Glaude to score from third. A fly ball to left field would ultimately end the inning with the Aigles pulling within striking distance 5-4.

Despite this, the Jackals were able to hold on and win thanks to their dominant bullpen. Reece Karalus pitched 1.2 shutout innings, including the previously mentioned top of the fifth to get out of the bases loaded jam. David Richardson pitched two shutout innings with four strikeouts. Lastly, Lendy Castillo closed it out in the top of the ninth to get the save in the 7-4 victory.

“Bullpen was huge,” said Stock. “Richardson great game, Lendy little jam there but he got out of it unscathed. So yeah bullpen was huge today.”

The fourth and final game on May 27, Memorial Day, was tight throughout the majority of the contest. New Jersey got on the board first in the fourth inning when Stock hit a high fly ball that sailed over the right field fence for a two run home run. However, the Aigles would bounce right back in the sixth inning with a home run by Tucker Nathans and a one-run triple by Gladu to tie the game at 2-2.

In the bottom of the eight, the Jackals would end up running away with it. They would score four total runs in the inning, two on errors and two on singles, going on to win the game by a final score of 6-2 to clinch the series sweep. One of the singles coming from Stock, who went 9-for-17 with 11 RBI in the series. He is hitting .378 with 18 RBI to start the season.

“It feels great,” Stock said on his hot start to the season. “Last year I was in school. I had retired. I thought I’d never play baseball again. So to come out here and helping the team win feels amazing.”

With the series sweep the New Jersey Jackals improve to 8-3 on the season. That’s good enough for second place in the Can-Am League by a three game margin, and only a half a game behind the Sussex County Miners for first place. The Jackals will begin a three game series at home against the Quebec Capitales on May 28 at 7 pm.