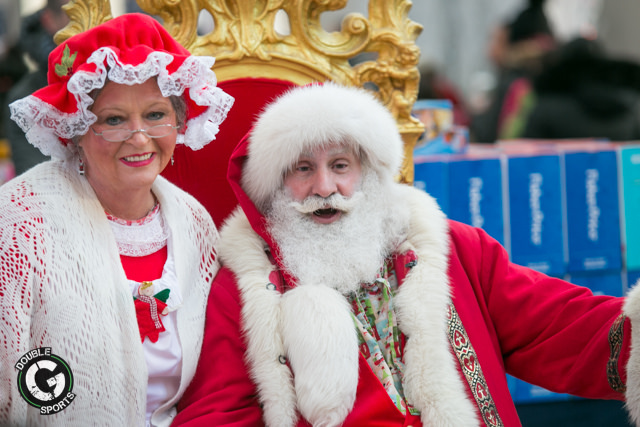 The event, held in conjunction with the Bronx Borough President’s Office and Legends Hospitality, has drawn approximately 5,000 local children in each of the past seven years.

Hosted in Yankee Stadium’s Great Hall, local youth were treated to a holiday extravaganza, complete with holiday decorations, festive music, including caroling by the High Bridge Voices, and food and drink. They even had a letter box for Santa.

The New York Yankees Foundation has made a contribution in the amount of $25,000 in support of this effort to cover the costs associated with the event. A matching in-kind contribution was made by Neil and Amanda Friedman to aid in ensuring that each child in attendance receives a holiday gift.

The 5,000 local children, were eager to meet and talk to Mr. and Mrs. Claus. Each child was given a ticket which they could use to receive one gift of their liking. Gifts ranged from basketballs, footballs, teddy bears, board games and many others.

With so much going on, each child entered and left the event with a smile on their face. This event was part of the continuous ways the New York Yankees give back to the community.