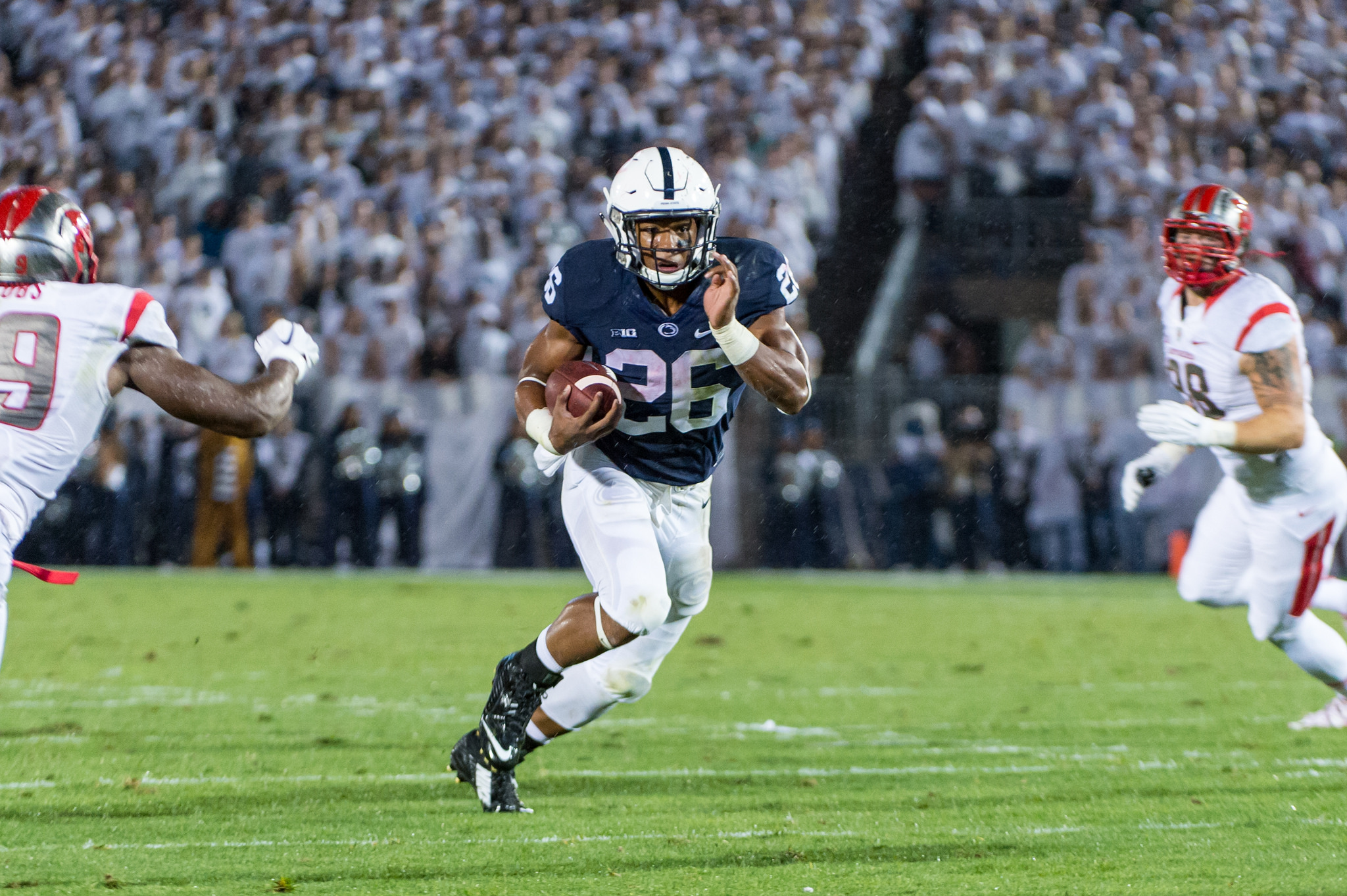 No. 2 overall selection ran for 3,843 yards in three seasons at PSU.

In the first round of the NFL Draft, the New York Giants select Penn State running back Saquon Barkley.

The 6-0, 233 pound running back ranked as the top athlete in the entire 2018 draft class. In fact, Barkley is projected to be a Pro Bowl-caliber player, based off his stellar Draft Combine.  A 4.4 second 40-yard dash, 29 reps in the bench press, and a 41.0 vertical jump took the NFL by storm.

Barkley is perhaps best known for his swiss army knife-like abilities. He can run up the middle, hurdle over defenders, catch the ball out of the backfield, and pass block.

This past season, Barkley rushed for 1,271 yards and 18 touchdowns on 217 carries, as well as hauling in 54 receptions for 632 yards and three touchdowns.

What Barkley Brings to New York

The Giant bring in one integral part of the offense that they’ve been missing in recent memory: a sure-thing running back.

New York’s last 1,000+ yard rusher was Ahmad Bradshaw, back in 2012. Ever since, the Giants have struggled running the pigskin. This past season, the Giants’ rush offense ranked 26th in terms of yards per game (96.8).

Without a stable running game, the Giants offense relied heavily on the passing game. Plenty of pressure was placed on Eli Manning’s shoulders, who was dealt a bad hand with injuries at wide receiver.

The addition of Barkley could serve as a perfect complement to Manning, Odell Beckham Jr., Sterling Shepard, and Evan Engram. This crew could create problems for opposing defenses, as Barkley could become a huge mouth the Giants can feed in the offense. Not to mention that Barkley will have a veteran in Jonathan Stewart to learn from this season.

The Giants have themselves a starting running back, and his name is Saquon Barkley.