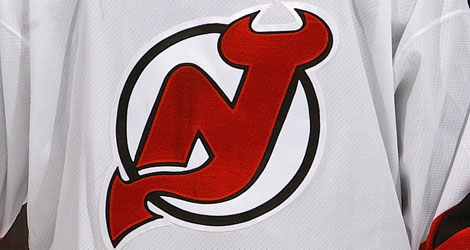 The New Jersey Devils hosted about 130 special hockey players to the Prudential Center on Friday April 15, to participate in their Second Annual Special Hockey Day.

The clinic is designed to give kids between the ages of three and 21 years of age, with varying degrees of special needs the opportunity to not only have fun on the same ice that the Devils play on during the season, but also further their love for the game of hockey. The players from the five teams for players with special needs were treated to a day of hockey with Devils alumni, Ken Daneyko, Bruce Driver and Grant Marshall.

The clinic is designed to have a concentration on the needs of each individual of the Brick Stars, Mercer Bulldogs, New Jersey Avalanche, New Jersey Dare Devils and Woodbridge Warriors. Each team got the chance to skate on the Prudential Center ice for one hour, with Devils mascot, N.J. The Warriors and Stars even had the opportunity to play a half ice scrimmage, while Marshall and Driver served as coaches and cheerleaders.

Before the first group of skaters took their turn on the ice, which included players from the Avalanche and Dare Devils, Montvale, New Jersey native and Devils forward, Kyle Palmieri, stopped by to cheer them on. Palmieri’s cousin, Andrew DiPiero, plays for the Dare Devils at Codey Arena in West Orange.

As the young stars were battling for pucks behind him, Palmieri told the Daily Record, “It is a work day for them. He is part of the game that at my level, gets lost in the fans and the media and how important every game is. In the end it is just a game. That is what you see in the smiles on those kids faces.”

Point Pleasant Boro High School hockey team head coach, Alex DiPalma, is the Founder and Director of the Stars program. DiPalma told nj.com, “It is a thrill for all the kids. They know what is going on. They follow the game, they love the game, and moments like this, they get very excited about.”

DiPalma added, “Five high school players who play varsity volunteered. Some even drove themselves to just to be here. It was a great day.” Point Pleasant Boro sophomore, Jake Toner, in his second season volunteering with the Stars told nj.com, “It was a good experience, not just for us, but for the kids too. We do this for the kids, and to just let them go out there and be on an NHL rink—it is great.”

Jonas Switzer, a nine-year-old living with Asperger’s Syndrome, who plays for the Dare Devils, added, “I got to have fun skating and I scored a lot of goals. I shot pucks with a former skater, I am pretty much famous now.”

Ryan Herrington of Point Pleasant wears the number 21 on his Stars jersey because of 1980 Olympic Hero, Mike Eruzione, was one of the quickest players to raise his hand when asked who scored the most goals. Although he soon after told the Daily Record that, “The point is to have fun.”

Five years ago 18-year-old Madison Mitchell, of Morris Township, could not even stand up on skates during her first practice with the Dare Devils. Two or three volunteers helped keep her steady as she skated around the ice. After tagging along for so long, going to her older brother, Miles’ games and practice she wanted to play also.

Today she is one of two girls on the Dare Devils team. Mitchell’s mother, Pamela Fernot told the Daily Record, “The dexterity of skating has helped her immensely.” When Mitchell scored a goal in the Dare Devils session on Friday, Daneyko even raised his arms in celebration.

Fernot added, “This is a great family for her, the kids are very tolerant of each other. They celebrate other’s victories and accomplishments.”  Angela Donnelly of Randolph, whose 15-year-old son, Matt, also has played for the Dare Devils the past five years agreed saying, “The littlest of accomplishments are the biggest. It is very humbling. It has changed my son’s life and changed my life.”

Julie Bartie, of Madison, an eighth grader, who happened to be a junior coach with the Dare Devils added, “I fell in love with hockey again. I learned what it means to be a team and family.”

Marshall told nj.com, “This is something we, the alumni feel strongly about, reaching out to the communities, including communities like this. You see the passion and fire in their eyes. They love the game of hockey I grew up playing so much.”

DiPalma added, “We are very fortunate. It brings more awareness to these individual programs and what we are trying to do. New Jersey has the largest Autism rate in the country. The more programs the better. And for these kids on the ice, it helps them more than we ever thought it could, both socially and in the community.”

Warriors goaltender, Anthony Szczesny of Fords told the Daily Record, “The coolest thing is looking up at all the empty seats, I hope someday, everybody can come here and see all the special kids.”

The Dare Devils was founded in 2002 by a mother of a child seeking to find a physical outlet for her child with autism. Today the program has around 50 boys and girls between the ages of six and 28 with various special needs. The Dare Devils play out of Codey Arena in West Orange. 12 adult coaches and about 75 junior or student coaches help instruct the players in the program. For more information, visit the Dare Devils website at https://njdaredevils.net/.

The Warriors were started as a sled hockey team in 2003 for children with disabilities from the waist down. A few years later they were convinced to add a special hockey team as well. After a shaky start the Wolfpack Special Hockey Team is a viable member of the American Special Hockey Association, even hosting the Annual ASHA North/East Camp. The Wolfpack/Warriors Special Hockey play out of the Arenas at Woodbridge Community Center. More information can be found on the organization’s website at https://www.warriorsspecialhockey.com/index.html.

The Brick Stars is an ice hockey program for children and young adults with developmental disabilities, teaching them skating, hockey skills and game skills. The program is based out of the Ocean Ice Palace in Brick. More information on their program can be found on the website by clicking, https://brickstarshockey.webs.com/.

The New Jersey Avalanche Special Hockey also are part of the ASHA, playing out of Ice House in Hackensack. For more information, visit httpss://americanspecialhockey.org/team/nj-avalanche.

The Mercer Bulldogs Special Hockey Team, has over 40 boys and girls of all ability levels, with a common goal of playing hockey.  The organization began in 2010 to give developmentally disabled players the chance to learn hockey and give them the chance to participate in the game in a specially adapted learning environment.

Founded by parents and volunteers the team plays out of the Mercer County Park Skating Center from November through March. The Mercer Bulldogs rely entirely on their volunteers and fund raising efforts to operate. For more information, visit https://www.mercerspecialhockey.com/.