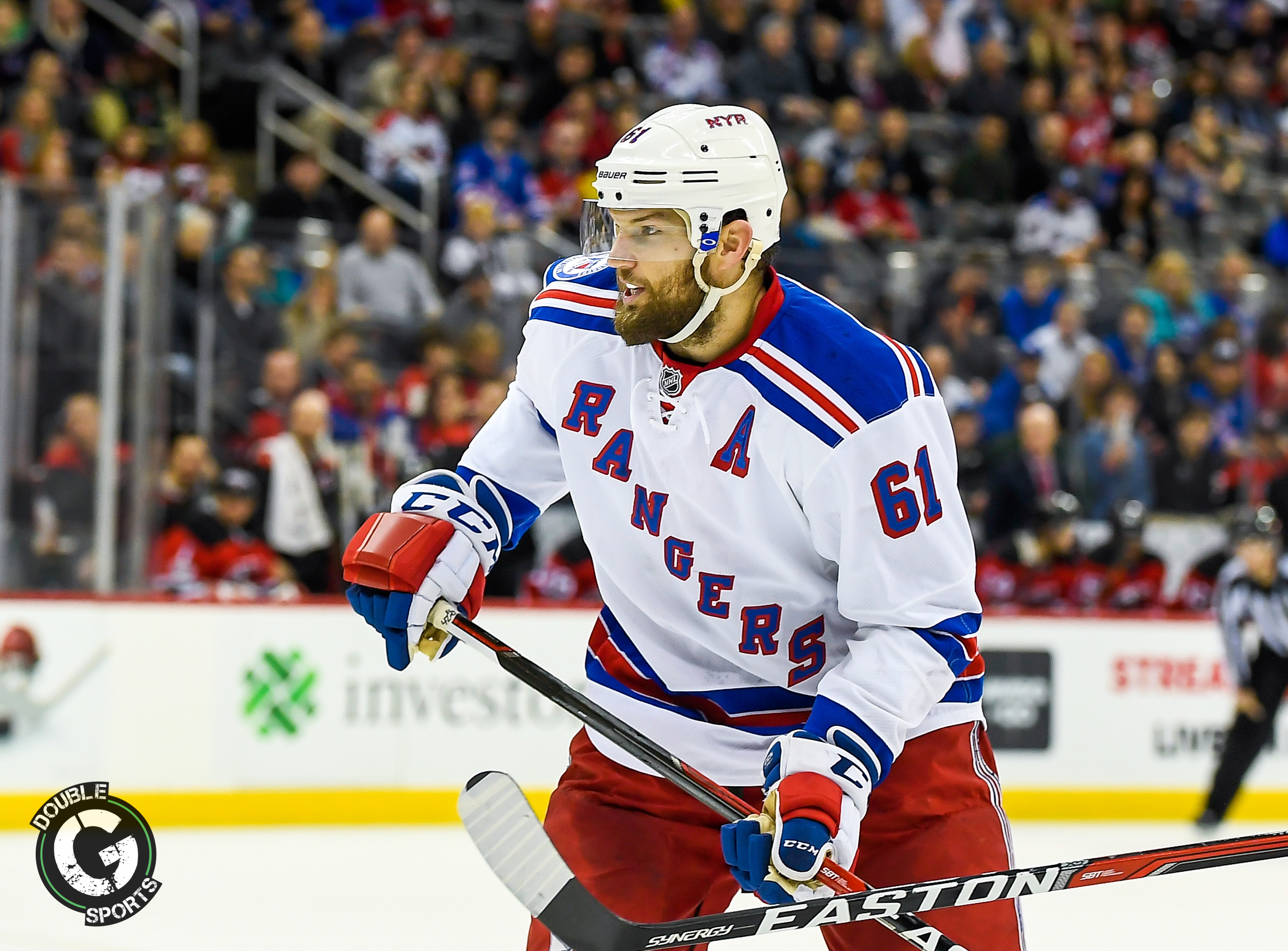 The Rangers Are Officially In Sell Mode

It feels like the last time the New York Rangers were sellers at the trade deadline Henrik Lundqvist was a rookie goaltender.  After today’s announcement that the Rangers had asked for Rick Nash’s list of 18 teams he won’t accept trades to, it’s certain that the New York Rangers are officially giving up on this season.

It’s weird timing for the team as they’re just three points out of a playoff spot.  However, GM Jeff Gorton may have plans to get as many assets as possible just to re-sign Nash in the offseason.  It would be very similar to the magic trick Brian Cashman pulled by trading Aroldis Chapman to the Cubs only to get him back months later.

Here are some potential trade pieces the Rangers may be dangling, and the destinations that make most sense for each:

As I said before, it’s not a matter of if Rick Nash will be traded but where.  Nash is having an underwhelming season with only 15 goals and 25 points but power forwards with a knack for the net are hard to come by.

Nash has been notorious for disappearing in the playoffs.  However, if he’s used in more of a secondary role as a two way forward rather than a primary scoring option he may be the perfect compliment to a contending team.  Look for Nash to go to a deep Western Conference team who lacks secondary scoring.

Michael Grabner is in a similar situation as Rick Nash.  They are both UFA’s at the end of the season, so he would be a rental for whoever is willing to pay for speed.  Grabner is having another productive season, tallying 21 goals and staying healthy for the first time in years.

Grabner has proven to be a threat to score at any moment, even if he doesn’t always finish.  He is a great penalty killer, a deadly weapon with his speed, and a good addition for any bruising team that needs a boost of energy.

These two Rangers could possibly be traded, but it doesn’t make as much sense to send them elsewhere as the Rangers aren’t doing a full rebuild, at least not that I know of.  McDonagh is an interesting name because he’s a stalwart defenseman with a great playoff track record, a lot of tread left on his tires (28 years old) and a reasonable cap hit (4.7M AAV).

However, the two teams that need McDonagh the most will not be trading with the Rangers.  These two teams are the Islanders and the Penguins.  The Rangers would be best served to help someone other than their rivals in their quest to get as many assets for the young D-man as possible.  Look for Toronto to make a huge push for him.

Mats Zuccarello is another intriguing Ranger that could get the Rick Nash treatment.  Zucc leads the team in points (38) but hasn’t had the same spark he’s had in previous years.  It may be because he’s a facilitator and realistically there isn’t all that much firepower in their lineup, but Zucc could be a sparkplug on a contenders’ third line.

Once again, the kind of teams that need Zuccarello the most are in the Rangers division.  A team like the New Jersey Devils would be a perfect trade partner, but that’s not happening.  If Zuccarello does get traded, it will be to a Western Conference team with a need for instant offense.

No, the Rangers are not trading Henrik Lundqvist so I am not even going to get into that.  Lundqvist is the staple of this team, has stated that regardless of how the Rangers season plays out he wants to retire in New York, and being that it’s not a full rebuild there’s always a chance that he sneaks them into the playoffs.

It’s a very weird time in hockey when the New York Rangers aren’t loading up for a Stanley Cup Run.  The Rangers have been one of the most consistent organizations in the NHL for years but there comes a certain point where it’s time to blow it all up and start over.