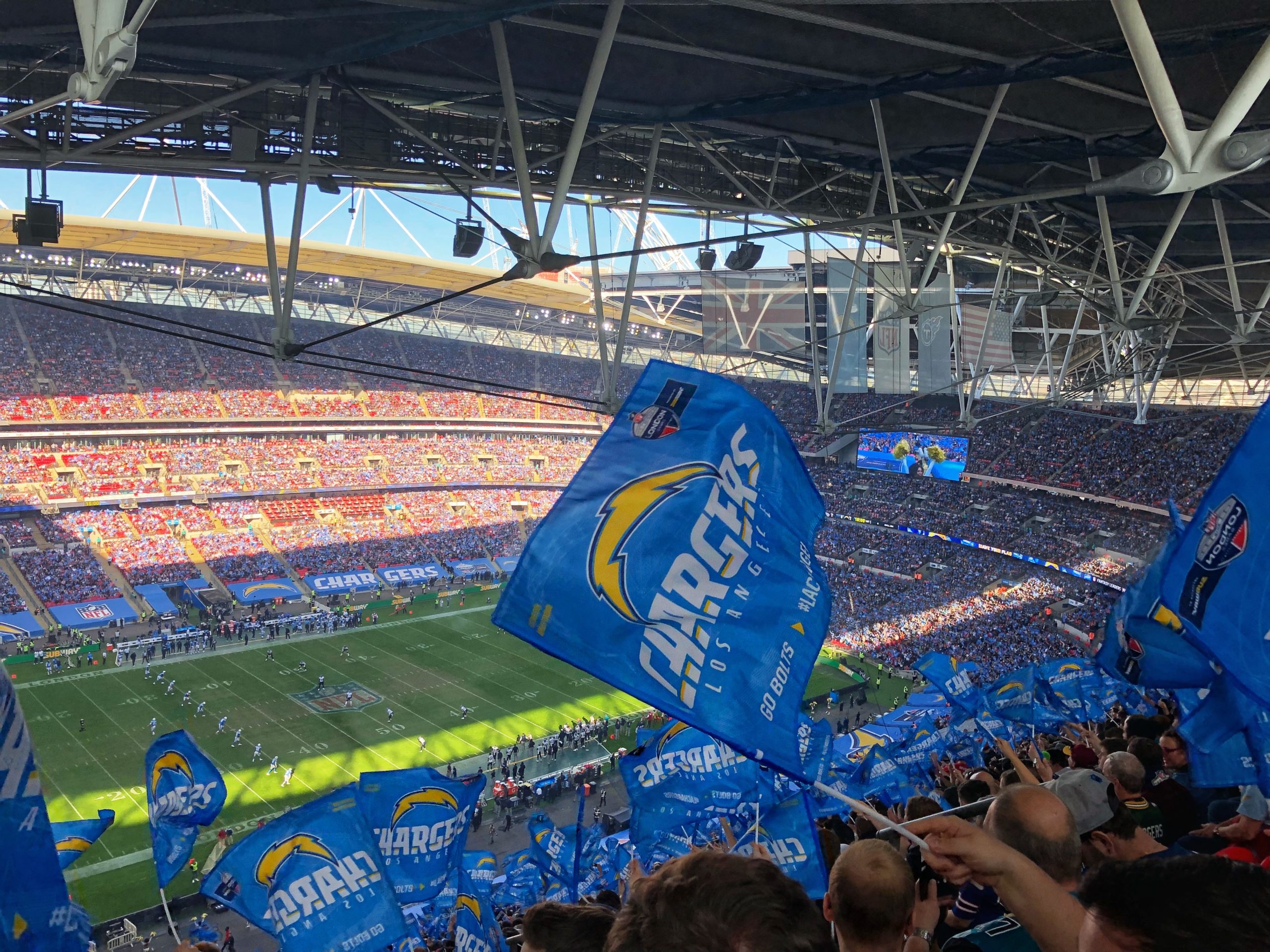 The world may be in a pandemic and the economy may be in the toilet, but that hasn’t stopped SoFi Stadium in Inglewood, California from constructing the largest sports videoboard to date.

SoFi stadium, which will host both the Los Angeles Rams and Los Angeles Chargers, now takes over as home to the largest videoboard on Earth, eclipsing the Atlanta Falcons’ new Mercedes-Benz Stadium videoboard.

The board itself is a massive structure, weighing 2.2 million pounds and spanning 360 feet. The double-sided board boasts 4K quality video, with over 70,000 square feet of LED lighting and 260 speakers to boot.

Los Angeles Rams’ owner Stanley Kroenke privately funded the stadium, which will open this season. Football fans can be the first to enjoy all that it has to offer. The complex will be state-of-the-art, modeling some of their modern amenities off of Levi Stadium in Santa Clara.

Some of the modern amenities include 5G communications network, high-speed WiFi throughout the stadium and digital ticketing through Ticketmaster.

SoFi Stadium will host the Super Bowl in 2022, NCAA College Football Playoff Championship in 2023 and multiple events for the 2028 Summer Olympics in Los Angeles.