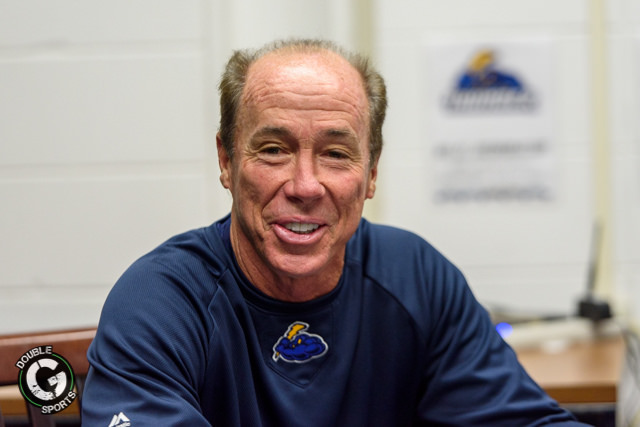 Trenton Thunder exploded for nine runs in front of their home crowd on Thursday to beat Harford 9-0 and win the series.

RHP Ronald Herrera pitched a gem, notching 9 K’s and dropping his ERA to 1.07.

1B Mike Ford homered in the first and Trenton put up five runs in the fourth to support Herrera’s two hit outing as they take the rubber game.

3B Miguel Andujar, currently listed as ninth among Yankee top prospects, singled in his 43rd RBI which is good for second most in Double-A ball.  SS Thairo Estrada, also in the Yankees top 30 prospects list, had a 3-for-4 day with one RBI and two runs scored. He raised his average to .332, currently third place in Double-A ball this season. DH Zack Zehner contributed two RBI, improving to a .311 average.

As the Thunder wins their first home game of June, we take this opportunity to reflect on the young 2017 season.

Trenton wraps up the day with a 37-21 record and .638 win percentage while on top of their division. They’re on pace to beat last year’s .613 win percentage and second place finish.

Trenton has gained a three game cushion in first place over Birmingham. They open a home series against the Bowie Baysox, second place in their own division, before a rematch in Hartford.

Though not even halfway through the 2017 season, some of players moved up to Triple-A Scranton/Wilkes-Barre include SS Gleyber Torres, RHP Chance Adams, RHP Domingo German, RHP Matt Wotherspoon, RHP J.P. Feyereisen.