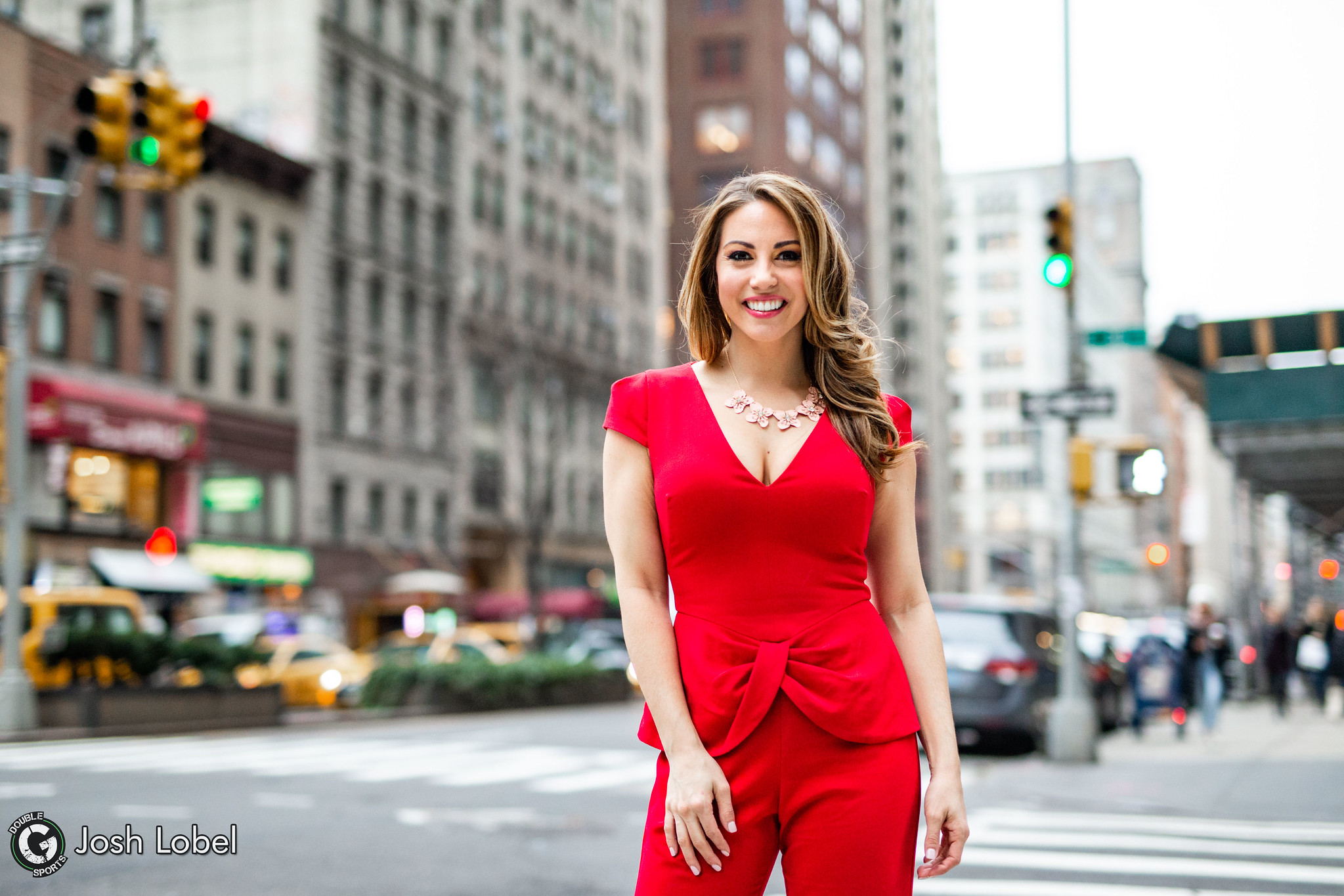 Women in Sports Interview Series: Alyse Zwick, From Miss New York to WWE and XFL football, and everything in between

It was a mid-February Tuesday afternoon in NYC and Alyse Zwick and I were sitting in a corner booth at Felix Roasting Co, a cute, colorful coffee shop on Park Avenue. It wasn’t snowing, but I secretly wished it was. We haven’t had any snow this winter, and Punxsutawney Phil predicted an early spring! Better for New Yorkers and their busy schedules to get around though, as Alyse came straight from the WWE studio to meet me.

Alyse Zwick, or as her WWE fans know her Alyse Ashton, is currently an On-Air host for WWE, a Correspondent for Friday Night Smackdown on FOX, and an On-Air host for the newest football league, the XFL. From being born in New Jersey, to living in Westchester for a short time, to relocating and growing up in Atlanta, Alyse was involved in entertainment from a very young age (she went back and forth from Atlanta to New York quite often). She played softball and was a cheerleader, but her mind and body always came back to acting and dancing. Her journey to where she is today in sports media came with hard work, dedication, passion, and quite the varied background.

“I never thought that I would ever be in broadcasting. I was an actor and a dancer since I was one. My mom had me in national commercials at the age of one, I booked my first commercial for Downy. Then when I was three I was on Rescue 911,” Zwick said, “From there I went to a performing arts high school, I was a dancer, I got an acting scholarship to Wright State University. I went there for a quarter, and I said you know what, I don’t want to be in Ohio acting, I want to come back to New York.

“So I came back to New York and started auditioning,” Zwick said, “I was an actor, and my mom was first runner-up to Miss New York in 1969 and my grandfather was a World War II veteran and loved Miss America! So I always loved it too and I said you know what I want to compete. My first year I was first runner-up and then I went on to win.

“I will say because of my time and volunteerism with the veterans community, that is what created my broadcasting career,” Zwick said, “They knew I was an actor and we had a parade to be broadcast on NBC and they threw me in the middle of 5th Avenue and said you’re going to be live with Chuck Scarborough on NBC for 3 hours, go.”

This time on TV taught her many things, but she realized something very important; she loved being herself on TV. She then went on to learn broadcasting and hosting, but in the #1 market. Usually broadcasters start in a smaller market in the middle of nowhere to learn the ins and outs of the business after journalism school. She did everything backwards, without a journalism degree, and with her smallest market being in NJ. 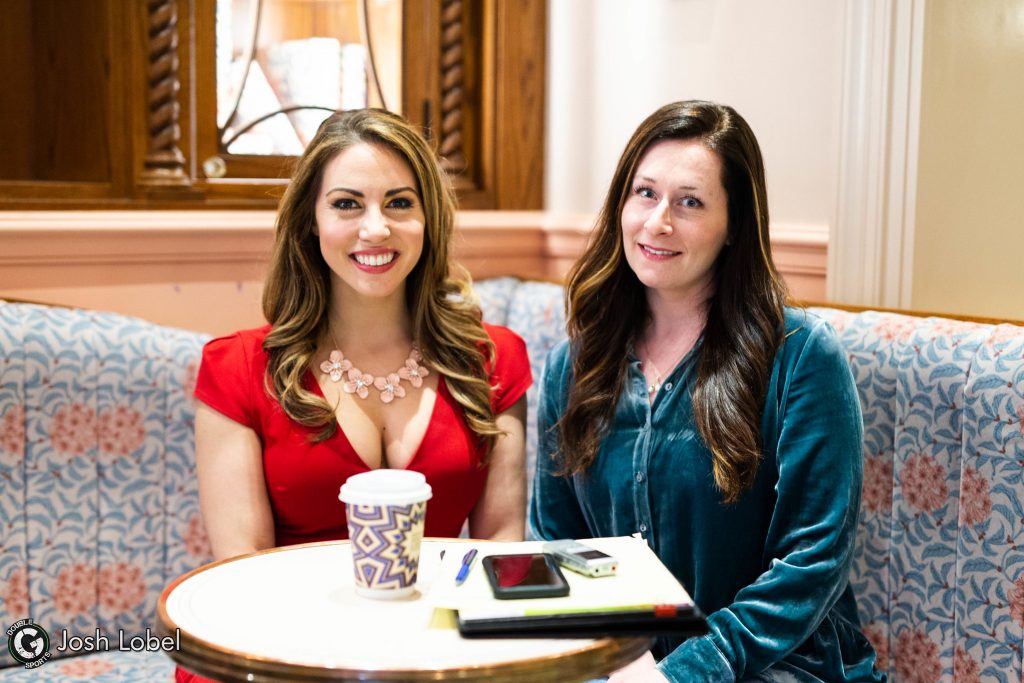 Between the pageants and broadcasting, Alyse had a stint as a dancer for the New York Jets. She was able to embrace her inner dancer, be around football which is one of her favorite sports, and meet some lifelong best friends.

“It was a wonderful experience, and it was great working in football. Even my camera guys that I worked with then, they told me about the XFL, they were like you should interview, they were really happy to see that I did get that job.” She laughed a little, knowing that she jumped ahead seeing as we just started chatting about all the amazing things she has done in her career up to now. That’s okay, we got right back on track. It was a challenge for her with the Jets as she was an auditioning actor. Having her schedule open for both was difficult. She was on the team for 2 years and did mention, with a big smile on her face, that if she could have, she would’ve stayed on the team forever because it was so much fun.

Her agent then mentioned that he had opportunity for her to learn traffic, that it was a good way to learn a newsroom and how the morning shows operate. She took a chance and entered the traffic reporting world. She started under Don Smith, the “traffic god”, who was an amazing mentor to her.

I am constantly hearing about people who have wonderful mentors, so does she think that’s something that’s important for career development?

“I do! It’s such a different business. It’s not a regular 9 to 5, the hours are astronomically strange, you really have to understand it. And until you’re doing it, and it’s hard to just get a full-time position, you have to figure out those skills from people that you trust.”

While she was broadcasting traffic, parades and more, her dancer friend who was also in sports told her about an opening with the New York Islanders for their Arena Host position and suggested auditioning.

“So I went, and the line was wrapped around Barclays and they hired me! Well, they hired me and I had a conflict. So I told them that it was something I couldn’t change, it was already in the books. So I said I am sorry, I am going to miss seven games, so they ended up hiring someone else. But then they called me after they hired this person, and they said we want to bring you in, are you available now? It’s when I came back from that obligation and I said yes, so that’s how it started.”

“It was an amazing opportunity. It was amazing being with the team. They were so good to me, the fans were incredible. I loved that job so much and I am so grateful for that job because it taught me how to be live and deal with anything on the fly.”

Alyse worked with the Islanders as their host from 2015-2019. Her relationship with the fans, as the host role is very fan-facing, grew each season and she established some really great friendships along the way. Although she is no longer there, some of those bonds have survived and are stronger than ever.

She said, “It wasn’t just a job for me. It was like a lifestyle being with the fans. I became a die-hard fan because of it. Was I a fan before, sure. Die-hard now? Absolutely.” 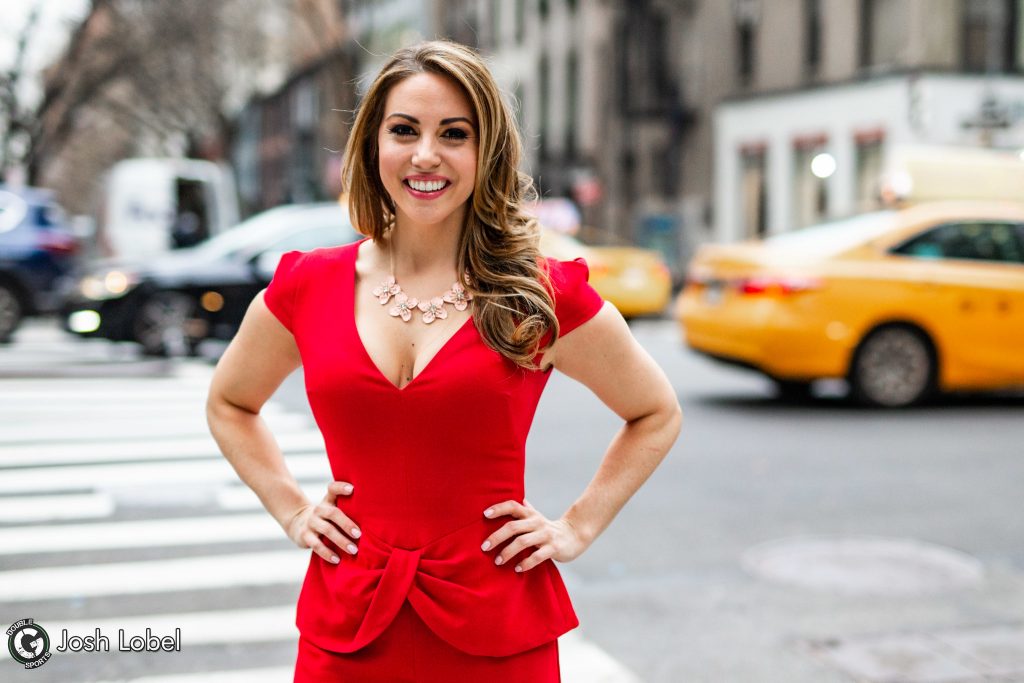 While hosting with the Islanders, Alyse was splitting her time with NY1 as a traffic reporter. Two live on-air jobs, perfect for keeping focused and ready for anything. While at NY1, Alyse became an Emmy-nominated traffic reporter in 2019 for the “deadly helicopter crash in the river” story!

Although this hockey season she is not with the Islanders, you better believe she was still at NHL All-Star weekend 2020. It all started 2 years ago when she went to All-Star weekend on behalf of NHL media. She interviewed the All-Stars and surprised them with puppies in conjunction with the Humane Society of Tampa Bay, as the event was in Tampa. From there, Everyday NHL (@everydaynhl) wanted someone to run their booth moving forward. Their specialty is NHL gear, they love animals, and have the motto “Where the NHL meets everyday life!” Since NHL media wasn’t looking to do those features she could take advantage of this opportunity to work with Everyday NHL. They have brought her back the past two years! In St. Louis this year they had an eligible pet playtime with animals from Care STL at the booth, along with many other events throughout All-Star weekend, all hosted by Alyse. She is a pet-lover herself too, she has a Pomsky named Batman!

What do her days look like now? As mentioned earlier, Alyse is the On-Air Host with WWE on the WWE Network. She is a Correspondent for Friday Night Smackdown on Fox and On-Air Host for the pre-game show for the XFL Saturday and Sunday on YouTube. To say she stays busy is an understatement!

She loves fitness. Her favorite team is the Islanders. She loves acting and dancing, from day one. She loves her dog. She loves her job and is very passionate about every aspect that her work entails.

Her career path was not traditional, but that’s okay. She has done an incredible job navigating this business that knocks you down many times before it brings you back up. She is an example of perseverance and talent, and her story should be told to everyone who is interested in sports media, especially all the girls and women out there who strive to be where she is one day. So in conclusion, what advice would she give those ladies?

“It’s a matter of true hard work. Nothing is going to be handed to you in this business at all. You’ll get some breaks, you’ll get people that see an opportunity for you, but you have to be ready for that opportunity. If you’re not ready for that opportunity, you will crumble under the pressure. So I would say learn everything you can, take all the classes you can, learn all of the skills. It all sounds very overwhelming, but you find your way. You do whatever it takes.”